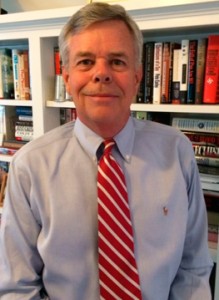 Douglas Waller is the author of the new book Lincoln's Spies: Their Secret War to Save a Nation. His other books include Wild Bill Donovan and Disciples. He is a former correspondent for Newsweek and Time, and he lives in Raleigh, North Carolina.

A: I’m not a Civil War historian. I was a correspondent for Newsweek and Time, and I covered the CIA. My last two books were on the head of OSS [the Office of Strategic Services] in World War II, Wild Bill Donovan, Franklin Roosevelt’s spymaster; and on four CIA directors who worked for OSS. For the next book, I decided to switch wars. I’m glad I did; it’s a fascinating subject.

I picked four [spies]. One was a failure. One was a scoundrel. Two were very successful spies.

Allan Pinkerton was a famous detective, but was a failure as a military intelligence officer.

Lafayette Baker was an absolute scoundrel. He was like Lincoln’s J. Edgar Hoover; the difference was that Baker didn’t have much interaction with Lincoln, and Baker was far more corrupt.

George Sharpe is one of the heroes, a George Smiley type. He was highly educated and spoke several foreign languages. He headed up intelligence for General Hooker. He pioneered all-source intelligence, and would produce reports.

Elizabeth Van Lew was the absolutely fearless head of the Richmond Unionist spy ring. She was an heiress; she hated slavery. She organized a spy ring right under the Confederates’ noses.

It was a good character mix. 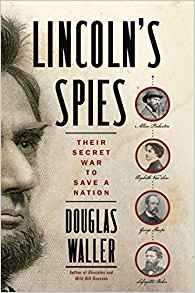 A: I started with primary research—reading Civil War, Lincoln, and intelligence books. I had to narrow it down and focus on certain subjects. Books on Civil War intelligence were few and far between. I consulted with authors.

Then I did secondary research—the National Archives, looking at pages of documents of Civil War records. Also, operational records of the Union and Confederate armies—128 bound volumes. There are more than 100,000 Civil War documents. They have a good index.

In the National Archives, I had the help of Civil War archivists who pointed me in the right direction. They are the unsung heroes.

The Library of Congress had a lot of papers for key characters—Allan Pinkerton, George McClellan. And I went all over the country to libraries and repositories that had Civil War material. General Joseph Hooker’s papers are in the Huntington Library in California.

I also toured battlegrounds for a lot of the major battles.

I found some relatives of some of my characters—Lafayette Baker’s distant relatives shared some documents. The great-great-grandson of Elizabeth Van Lew’s brother had information on family stories. It was like a treasure hunt.

One interesting thing for me was you think of the Civil War—the Mathew Brady photographs of Civil War soldiers positing stiffly, or the Ken Burns documentary, or photos of mangled bodies. 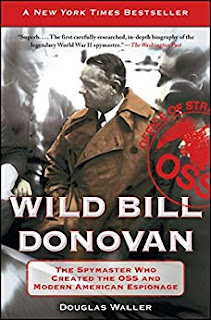 I was in the National Archives, plowing through microfilms, and I stopped on one, about a Philadelphia inventor who proposed using a small camera hoisted with the balloon. I thought, this is an aerial drone! The idea was rejected; they didn’t see how the balloon could keep the camera steady.

This war set the template for a lot of the intelligence methods the CIA uses today.

Q: So as someone who’s written about World War II spies and Civil War spies, how would you compare the espionage methods of the two eras?

A: It became more advanced more quickly during World War II, though for both wars the U.S. was equally unprepared in intelligence. In the Civil War period, there had been no intelligence agency since the Revolutionary War. Americans do not like large standing armies or large intelligence services. Lincoln had nothing to draw on. It had to be built very quickly by amateurs.

From the founding fathers to World War II, there was no CIA. Roosevelt signed a one-page document designating Wild Bill Donovan as the coordinator. Donovan quickly assembled agents and operatives to begin spy operations. In World War II they had a little better technology, but the cloak-and-dagger work remained the same.

Q: What was the relationship between Lincoln and the four spies? 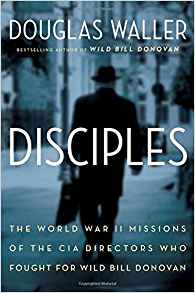 A: Lincoln liked to have spies. The Honest Abe image was created by the campaign. He entered office as one of the least experienced in terms of government experience. When he got in, he was hardly a neophyte with espionage subterfuge. In Illinois he wrote under pseudonyms, and was hired briefly in a spy company.

When he got to Washington, he told General Winfield Scott to send a daily intelligence report. He would spend time grilling reporters and officers who’d been down South. He was not averse to using propaganda to achieve war aims, and could be ruthless: suspending habeas corpus. He sent officers off the books down South on covert actions. He was a president who knew how to keep a secret.

This shouldn’t be a surprise—all presidents realize they need information-gathering.

A: I haven’t decided on my next book. It might be nice to try a different war, though it would involve a lot of catching up and reading.

A: It’s interesting to know where the four spies ended up after the war.

Allan Pinkerton went back to Chicago to run a detective agency. The Pinkerton agency exists today.

With Lafayette Baker, there was suspicion he took a lot of money from bribes and invested in a hotel venture that was a failure. He became a recluse and died of complications from yellow fever.

Elizabeth Van Lew sadly remained a pariah in her city after the war. She was an advocate for civil rights. She pursued it, and died broke. She was buried without money for a headstone. It happens a lot with spies—they’re ostracized by their own country after the war.

One of the things that happened after the war was that people claimed they had been spies, but were con men or women. They wrote books about it. A lot of them were trying to get [recognition] from the Union government.