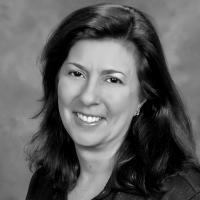 Beth Ruggiero York is the author of the new memoir Flying Alone. She is a former airline pilot for Trans World Airlines and is now a Chinese translator and a professional photography instructor. She also has written Fun in the Dark: A Guide to Successful Night Photography and Everglades National Park: A Photographic Destination. She lives in Fountain Hills, Arizona.

Q: The book cover says that you first wrote Flying Alone in the early 1990s. Why did you return to it, and did you make many changes?

A: My flying career ended abruptly in 1990. It was just one year after being hired by Trans World Airlines that symptoms of dizziness led to a diagnosis of multiple sclerosis, and that meant I lost my FAA medical certificate required to fly.

The months and years that followed were a huge adjustment period as I tried to make sense of it all, but I knew I had to write about the years I’d been flying before TWA, which were intense with harrowing events and close calls.

Flying Alone was first intended to be a memoir of those years, but I soon decided it would be a novel in the interest of anonymity. In 1992, I put the printed manuscript in a box and set it in the closet, knowing I would revisit and publish it someday. At the time, there were too many other health challenges to deal with.

Over the following years and decades, it was never forgotten and never far from my thoughts, but it was not until last year that I knew the time had come to return to it. The first time I reread it after all those years, I was on the edge of my seat as I read each chapter. Some events I didn’t even remember, and the detail with which I had told the story brought the excitement, fear and grief to life again. 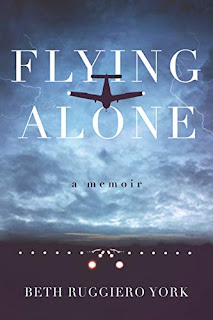 This time, though, it would not be a novel; rather, it would be a memoir. I needed to let the story be known as real and true, and I didn’t want to shy away from exposing my vulnerability, poor choices and victories.

Converting it into a memoir of my years as a pilot was an emotionally difficult experience, but I knew the end result would be a story that new and seasoned pilots, young women, and people diagnosed with chronic illness could benefit from.

Q: What did you learn from your years spent flying planes?

A: There were so many lessons during those years, many of which I would not fully realize until years later. I am a different person today because of it, but in many ways, I am the same.

I learned not to be as impulsive and reckless as I was, but that is part my personality, so it remains to some extent. I learned from flying that I’m not immortal and not impervious to tragedy and illness. I am more cautious, and certainly humbler.

Oh, and the lessons about my choices in men didn’t set in until many years and mistakes later! 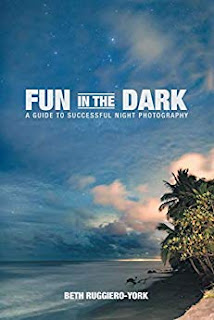 A: The title, Flying Alone, was chosen before I even began writing it. Looking back, I’m not sure I even had to try to come up with a title. It was a foregone conclusion.

It always felt during those years I was navigating my life alone, often acting on impulse in the plane and in my life, trusting my own instincts for better or for worse.

In retrospect, I was longing for my father or a father-like figure to guide me, but because I didn’t have that, I flew alone.

For other women, I hope they can see how it is possible to emerge from life situations and decisions that make you feel as desperate as an airplane in an uncontrollable spin. My relationship with Steve was just that, and even though recovery was never a guarantee, persistence allowed it to happen.

I equally hope that young women aspiring to careers in aviation and other male-dominated professions will understand that it can be done successfully. Certainly, the circumstances are much more forgiving today than they were in the 1980s, but there still remain obstacles.

I hope the ultimate message received is never to give up even when it just doesn’t seem worth the effort anymore. Don’t plant the seeds for later regrets. 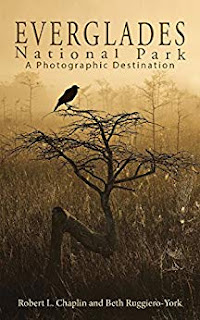 Of course, I also want to share it with pilots of all types so they can see my side of the world of civil aviation and perhaps derive amusement, stir their own memories or, in the case of student pilots, learn what not to do.

An early reviewer of my book summed it up in this way: “… [Beth’s] book will warm the hearts of grizzled pilots like me or anyone seeking insight into the challenges and rewards of flying.”

A: My efforts right now are focused on promoting Flying Alone for its book launch on Oct. 14 and beyond.

Nevertheless, my mind is formulating the makings of a next book. Because the years since leaving aviation have been dedicated to mastering what I had learned in college as an East Asian Studies major with a focus on China and Chinese language, I will probably write a book illustrating the changes I have seen first-hand in my travels to China since 1982.

I am also considering a writing and photography project on religion in China, from the dense urban areas to the far-flung rural villages. There is an important story to be told there.

Besides being an author, I have a multi-faceted career that has developed over the years. In the mid-1990s, I earned a master’s degree in East Asian Studies from Harvard University, and since then have had an increasingly lucrative career as a Chinese to English translator as well as about 15 years leading study tours to China for National Geographic and Smithsonian.

Equally as important to me is a career that started about 10 years ago as a professional photography instructor, teaching photography workshops in the U.S., China and Europe. I specialize in night photography and have written a book on the subject entitled Fun in the Dark: A Guide to Successful Night Photography.