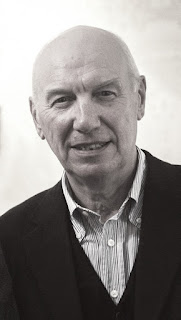 Peter Adamson is the author of the new novel The Kennedy Moment. He has also written the novels Facing Out to Sea and The Tuscan Master. He is the founder of New Internationalist magazine, and served as senior advisor to the executive director of UNICEF. He lives in Oxfordshire, England.

Q: You dedicated The Kennedy Moment to the memory of James P. Grant, the late executive director of UNICEF. How did he inspire this novel?

A: Jim Grant is the hero of the real story behind The Kennedy Moment. As executive director of UNICEF, he created and pushed through the impossible dream of immunizing all the world’s children in the 1980s and 1990s, saving many millions of lives.

From 1980 to 1996 I worked closely with Jim - an experience and a privilege for which I will always be grateful. Bill Gates summed it all up when he said, “Jim Grant’s achievement is the greatest miracle of saving children’s lives ever.”

Q: What did you see as the right mixture of fact and fiction as you wrote the book?

A: The plot of The Kennedy Moment is pure fiction. Although there are serious themes and much fact-based material, my overriding aim was to write an all-out page-turner with characters people would believe in and care about and a plot that would grip the reader to the last page. 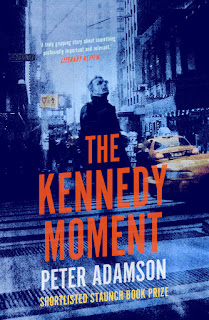 The challenge I set myself was to create a group of characters who, although from different countries and cultures, were all conventional, successful, middle-class, middle-aged, mid-career professionals and then to have them embark on a great conspiracy that is at the same time completely outrageous and completely plausible. So the answer is – plenty of real world fact – but above all a story.

Q: How did your own background at UNICEF affect the writing of the novel? Did you need to do any additional research?

A: I drew heavily on my years working with UNICEF. But I also did a great deal of additional research, particularly on the possibilities and the dangers of a return of smallpox - the biggest killer disease in history and still today the most dangerous bio-terrorism threat that could possibly be imagined.

Several senior colleagues in the medical world warned me to be careful researching into this topic because security services around the world would be monitoring on-line research on the smallpox threat as a possible indication of bio-terrorist activity. So far so good. No drones have appeared and I don’t think I’m being followed.

I also had to do a lot more research than I expected on the New York of the 1980s and ‘90s. I spent a lot of time in the city during those years, but my memory still needed quite a lot of help from Google Earth and Street view. New York was a very different place then, seedier and with more drugs and crime, but also varied and textured than it is today. A: I love the nonfiction writings of Alain de Botton (especially The Joys and Sorrows of Work), Steven Pinker (especially The Blank Slate), John Carey (especially The Intellectuals and the Masses and What Good Are the Arts), Robert Frank (especially Falling Behind) as well as philosophers like Michael Sandel and old-fashioned narrative historians like Daniel Boorstin.

My favourite novelists are mostly American and are a mixed bunch, including Elizabeth Stroud, Richard Russo, Donna Tartt, and Richard Ford. I enjoyed enormously The Nix by Nathan Hill.

I’m also a big fan of audio books and frequently search by narrator as well as by writer (I think I could enjoy anything narrated by Timothy West). By the way, I think Adam Simms did a great job narrating the audiobook version of The Kennedy Moment for Audible.com. 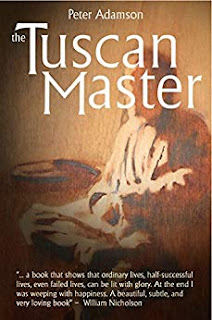 A: After years of writing and broadcasting from many different countries, the book I am working on now focuses on the few square miles around my home in rural Oxfordshire.

Each chapter tells a story - historical, cultural, environmental or scientific – drawn from what can be seen from two small hills near my home. One chapter, for example, tells the story of a local vicar’s son who became governor of Massachusetts and whose arrogance managed to turn a colonial protest into the American Revolution.

A: At a time when so many of my American friends and former colleagues seem to be in despair about their country and its place in the world, I hope The Kennedy Moment and its postscript will be a small reminder of one of the many things that American leadership can give and has given for the greater good of the world we live in.