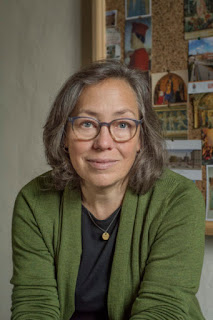 Lise Funderburg is the editor of the new book Apple, Tree: Writers on Their Parents. Her other books are Pig Candy and Black, White, Other, and her work has appeared in a variety of publications, including The New York Times and The Washington Post. She is a lecturer in creative writing at the University of Pennsylvania, and she's based in Philadelphia.

Q: Why did you decide to edit this book about writers and their parents?

A: This collection of essays is from writers who take that (inevitable) moment you realize you’ve turned into one of your parents…and then they make meaning of it.

The seed for it sprouted when I stumbled across my own “aha moment” a few years back, in which the act of throwing out a half-cup of coffee gobsmacked me with how deeply I’d internalized my father’s beliefs and behaviors.

It was such a small action— negligible, really—but it prompted a deep reflection about the nature of inheritance and social identity, about the comforts of body memory in the wake of grieving for a late parent.

My writing and editing projects always begin with curiosity. In this case, I was surprised by this behavior, and reflecting on it linked back to an encounter from my teen years in the 1970s.

It also prompted me to think about my father’s childhood. He grew up as a black kid in the 1930s in the Jim Crow South, all particulars so different from my own childhood.

These threads of memory wove together in new ways, recasting my sense of who my father was, how his history connected to mine, and how my own behaviors will stitch into the lives of future generations. I was comforted, disturbed, and energized by the process, and it made me wonder how others engaged with their own epiphanies and insights. 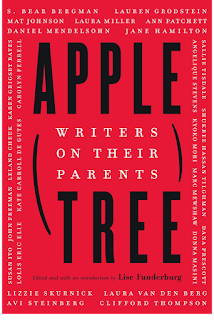 Q: You write in the introduction, "In some way or another, most of us come to realize that we are, more or less and for better or worse, chips off the parental block." How does that apply to you?

A: Got a few years? This could take a while. The truth is, it’s so completely universal that we take on the behaviors of the people who raised us, whether or not they’re genetically linked to us. That’s not news. But that “coming to realize” is where things get interesting.

In my case, parsing the trait reframed my sense of my own past and of how my father operated in the world. It also felt like a visit from him, like our relationship was dynamic and active. This is particularly notable, I think, for those of us whose parents have passed away, and it’s also notable that the pleasure of the visitation was distinct from the value/non-value of the trait itself.

Q: How did you choose the authors to include in the book, and were all the essays original to the book? 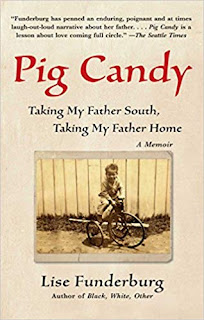 A: All 25 essays are new work, specifically commissioned for Apple, Tree. I am sure I could have compiled an anthology of wonderful, previously published work (other writers have had parents, after all), but that would have been less fun for me as an editor. A great joy of the project was working with contributors on their pieces, having those editorial conversations.

Also, as much as I wanted the individual contributions to feel distinct from each other, I wanted the collection to cohere, to convey a common sense of purpose and not simply be borne of shared keywords.

I looked, first and foremost, for writers with great talent and artistic integrity. I wanted people who think deeply and write beautifully.

On top of that, I put a LOT of thought into making this a truly diverse collection, with contributors from different spheres and genders and races and geographies, and with varied areas of interest and expertise. I wanted to avoid clubby same-same. So I have, for example, a food writer, classics scholar, radio reporter, nurse, and poet in the mix. 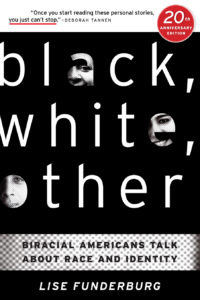 I also wanted writers who had not written about the particular parent or trait before; this was both to make the work feel fresh and to present a challenge to the writers that would intrigue them and thus distract them from the microscopic remuneration I was able to offer.

An interesting outcome is that no one writer is familiar with all the others. And so far, no one reader has read all of the writers. It’s a bonus to me to bring everyone together and expose them to new work.

A: These essays evidence a number of universal truths, including that our relationships to our parents are ever-evolving, even after they’re gone; that the more we’re battered and buoyed by life, the more likely we are to see our parents through a lens of compassion; and that these traits passed down to us are sometimes repurposed in new and surprising ways.

A: I’m writing a series of essays about passing, which are at heart about community and how we find our place in the world.

A: My husband and I just purchased a 49-year-old travel trailer, a 1970 Avion Voyageur. It is quite literally a time capsule, in part because it is shaped like a capsule, and in part because the interior aesthetic is heavy on wood-paneling and avocado accents. I feel certain this will provide writing fodder down the road.