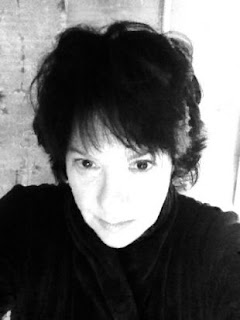 D.Z. Stone is the author of the new book No Past Tense: Love and Survival in the Shadow of the Holocaust. It focuses on the experiences of Holocaust survivors Kati and Willi Salcer. Stone is a journalist whose work has appeared in The New York Times and Newsday. She lives outside New York City.

Q: How did you come to write No Past Tense, and how did you first encounter the Salcer family?

A: After Ron Salcer convinced his parents to interview for the Shoah Visual History Foundation in 1996, he wanted to know everything about their wartime experience and decided to hire a writer to find out. A friend of the Salcer family I knew through Columbia and a writing group recommended me.

I didn’t think I was the writer for this project as I was only part Jewish and didn’t know much about the Holocaust. However, I agreed to meet the Salcers. I was writing for Citibank/Citicorp and the Salcers suggested we meet at a nearby New York Health & Racquet Club, where they were members. As they were concentration camp survivors I expected them to be people who had been broken by life. Instead the most regal couple I had ever encountered entered the club waiting area and introduced themselves.

A: I think I checked out every book in the Rockland County library system on the Holocaust (one librarian recently reminded me how if no one else wanted a book she would renew for me so I wouldn’t have to lug it back in). I also had access to the Columbia University library as an alumna. 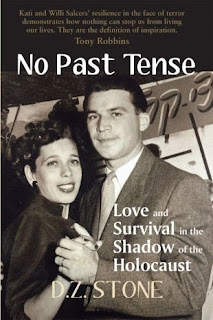 One research problem I had was Mrs. Salcer describing being taken from Auschwitz to work in a vast underground munitions factory. She didn’t know the name of the factory or where it was located. Even her husband questioned if the factory were the result of traumatized memory. A lead from a Columbia professor ultimately connected me with Dr. Dieter Vaupel, a German history teacher who had documented where Mrs. Salcer had been.

The Salcers were Czech Jews who were teenagers living in Hungary when the Nazis occupied the country in March of 1944. I was shocked to learn that both of the Salcers had no idea that most of Europe’s Jews had already been killed and that they had never heard of Auschwitz. At the time they had believed deported Jews were being sent to work.

Q: You've said that the manuscript for this book "sat on a shelf for fifteen years." Can you describe its journey to publication?

A: When a draft was first completed, the manuscript was considered too experimental in style and a literary agent had me rewrite it in a more traditional third-person narrative. It didn’t work and the Salcers told me if I wanted I could forget what the agent said and write it how I thought it should be put together. Their only requirement was that it articulated how it felt for them.

However, when I completed another draft it was again called too experimental. Mrs. Salcer said when you have a perfect black dress with pearls you leave it as is while Mr. Salcer said the book was simply before its time and not to worry.

I’d make an effort now and then with a query letter, but I was either ignored or told there was no interest in Holocaust memoir. So the book essentially sat on my shelf for 15 years. After Mrs. Salcer passed in 2015 their son Ron asked about trying to get the book published. I sent out queries and a book proposal but to no avail.

Finally I told Ron about Dan Gerstein, who had a writing firm where part of their business was helping writers get published. We talked to Dan and he suggested that we first have the manuscript evaluated by an industry professional to see if it were marketable or if we should look to self-publish.

I was astounded when this industry professional said the book belonged on the shelf with classic Holocaust memoir. With this new evaluation and analysis of the manuscript, we put together a book proposal that brought immediate interest from publishers.

Q: What do you hope readers take away from the Salcers' story?

A: To quote Willi Salcer: “Who would have thought when you started this book about the Holocaust that you would have ended up with a love story?”

The Holocaust in Hungary has been called the most brutal and methodical application of the Final Solution. Yet even under these circumstances when the Salcers first met after being forced into the same Jewish ghetto, they talked and flirted with each other the way any teenagers do.

A: I am currently completing a screenplay based on my own unpublished novel for the production company Burgeon & Flourish, LLC, and I am a producer, co-creator and writer of The Disabled List, an episodic comedy web series that gives voice to those living with disability, now under development by New York Rep.

A: Writing No Past Tense was the most difficult and rewarding project of my life. I am forever grateful that the Salcers chose me to recount their story.