Vanessa Blakeslee is the author of the new novel Juventud. She also has written the short story collection Train Shots, and her work has appeared in a variety of publications, including The Paris Review Daily and The Southern Review. She lives in Maitland, Florida.

Q: Why did you decide to focus on Colombia in your new novel, and how did you come up with your protagonist, Mercedes?

A: A remarkable conversation I had with several young women during college initially inspired Juventud. We were sharing stories about first love, and one woman, an international student from Colombia, told us that her first boyfriend had been killed—shot to death by a masked gunman in a nightclub.

We listened, riveted, as she described how he died in her arms at 16. But even more disturbing was her admission that she couldn’t be sure, but she suspected her father might have arranged for the young man to be killed—the father hadn’t approved of their relationship, and was determined for his daughter to leave Colombia and finish her education in the United States.

Oddly enough, she admitted that in time she’d come to see how her father’s reasoning was correct even if his methods were not. Had she stayed in Colombia, married the young man and not sought a higher degree at a well-reputed school, her life would have turned out much differently—her opportunities and worldview greatly limited.

The student and I didn’t stay in touch. But the bare bones of her story haunted me—the lover’s bloody end on the nightclub floor, the father’s insistence that she find a better life in the U.S.

For her to even suspect her father of carrying out such a ghastly deed—what must this man be like, and how did she maintain a relationship with her father, if at all? The premise simmered in the back of my imagination for seven years before I put a word to paper.

From the beginning the voice posed many challenges, not in the least that I didn’t know the ending to the story—the adult section—for quite a while.
When the why? behind the story eludes you, the answer lies in probing the dramatic question more fully. Because the dramatic question focuses on how the events of the woman’s youth, and most crucially, how she sees them, impact her life long-term, the story belongs to Mercedes.

Once I got there, I felt more certain that the book speaks solidly to a mature audience, not excluding the sophisticated younger reader.

I suppose I could have structured the narrative differently—say, three third-person narratives, one following Mercedes, the others following Manuel and Diego—but I was more interested in Mercedes as an embodiment of the global citizen of today, the highly-educated Millennial who inhabits several different identities and cultures, and how she navigates the paths available to her.

Education and access to birth control are enabling women around the world to make strides and command their destinies for the first time in human history; I found myself more invested in giving a female protagonist full rein, seeing how her roots in a conflicted country leave their imprint on her emotionally as she otherwise achieves success.

I wasn’t so much interested in following Diego or Manuel as closely; their inner struggles wouldn’t have touched so much on the identity issues I was intrigued by in Mercedes. 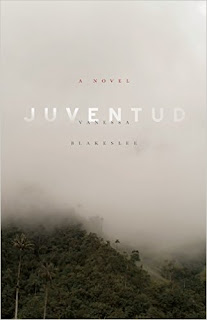 Structurally, I felt it should be fully Mercedes’ story in that it is presented as a memoir she’s writing—there’s a self-consciousness about the narrative, then, which hopefully allows the book to transcend the themes of love and career and illuminate her relationship with herself.

By following Mercedes out of Colombia, we also get the parallels and contrasts between the developing world of South America and the U.S., the violence she grew up with in 1990s Cali and that of the Israeli-Palestinian conflict when she takes her birthright trip to Israel.

Much can be learned, I think, from studying how some countries long ravaged by war, corruption, and atrocities eventually do arrive at a lasting peace—even though this hardly means that the inequalities, prejudices, and the like have been solved.

Far from it, but if this novel illuminates how no one escapes unscathed, by no means the elite, then I’ve done my job.

Q: What did you see as the right blend of history and fiction?

A: ...Not surprisingly, the more facts I unearthed in my research fed the shaping of the characters: their wants, actions, and the eventual themes. I studied everything from YouTube videos of Colombian peace rallies from the time, to AP releases on hostage crises, to interviews with paramilitary leaders. I also reached out to Latin American Studies experts for the most recent, reliable, and often dense, texts on the subject.

The brutality of the guerrilla and paramilitary atrocities in the lives of peasants is unbelievably horrifying, and propelled me onward—the book became much more than a love story I wanted to tell, but about the voices of so many in Latin America who scrape by day-to-day in terror, and are silenced.

I wrote a lot that didn’t end up making it into the final manuscript, but I hope that those who are moved by the novel will seek to uncover more about that part of the world on their own.

Q: In our previous interview, you noted that your fiction usually arises from setting. Juventud takes place in a variety of settings, including Colombia, Florida, and Israel. How did the various settings affect the book's character development and plot?

A: ...Characters are literally born from whatever fictional earth your story takes place. And in that sense, I felt it was inevitable that Diego have been a cradle-Catholic who came into manhood at the height of the cartels, lost his faith, and when ego brought him down, struggled to reclaim it.

And when I came across the event in spring 1999, of the ELN kidnapping the congregation of La Maria Church in the wealthy Ciudad Jardin district of Cali, I knew this had to affect my characters in some way, and La Maria Juventud was born.

I had been wondering what kind of occupation—or preoccupation—to give the young man who was to become Mercedes’ lover, that her father wouldn’t like but would make him sympathetic to the reader, and this was it—that Manuel and his brothers would head up a youth movement for peace, and Manuel would reveal himself to be a natural leader.

Through this lens, I found I could also explore other facets of Catholicism in a natural way—that the sexual awakenings between teenagers would clash with the Church’s doctrines on birth control, marriage, and the like.
Mercedes is an atheist at the book’s beginning, which allows her to observe her Catholic friends (and father) neutrally, although I see her as more of an agnostic by the end. 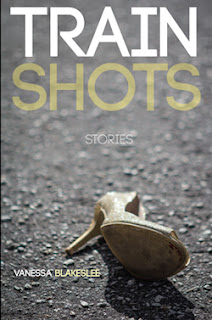 From early on in my research and drafting, I understood that to not include the Church would be impossible, if I was to be true to the story and the setting.

Colombia is an overwhelmingly Catholic country; the very philosophy behind the guerilla movements in South America is that of Marxist liberation theology, which interprets the Christian faith from the perspective of the poor, and in the early days of the guerrilla movements, the 1950s and ‘60s, adopted Marxist teachings in their advocacy for social justice.

I was also in the midst of shifting away from the fervent Catholicism I’d been practicing in my mid-20s because I couldn’t reconcile my personal stance on women’s and gay rights with the Church’s doctrine, but found myself reluctant when it came to Catholicism’s stance on social justice—a cornerstone that I believe Christianity, but especially Catholicism, very much gets right.

I’m a huge proponent of “faith in action,” in that respect—the only way spiritual principles make sense to me is if they are lived out in practice. Otherwise, what’s the point?

The Catholicism also prompted me to bring in the Jewish thread to the book—I’m always looking how to complicate threads further to create more contrast and meaning.

Wouldn’t it be interesting, I thought, if her mother is not only American but Jewish, and if her mother is on an identity-quest of her own, and if Mercedes eventually goes to visit her in Israel? And then we have the contrast between another decades-long conflict, that of Israel and Palestine, and the Colombian civil war.

So in the latter half the book expands outward to reflect not just the issues of social justice and violence in South America, but the global conflicts still raging today.

The common ground between Judaism and Christianity is unearthed, but also the divide between the religious and secular. Not to mention the resonance of what Mercedes has escaped from, after she learns the history of her maternal Jewish family prior to World War II.

Q: Do you prefer writing short stories or novels?
A: I don’t find one form particularly more challenging than the other—just different challenges, and I enjoy both.

I found constructing the novel with the compactness of a short story to forever be a challenge—I’m an over-writer, certainly in the long form, and so I have to cut and cut and cut.

Even when I think a scene or passage is tight, chances are I have to cut. Hopefully I’ve learned something about this when I sit down to draft the next novel, about focus and concision.

On the other hand maybe that’s just my process, and those tangents shed light on other characters or as-yet-unforeseen places where the story needs to go. Occasionally you can repurpose what you cut, although not most of the time.

I see the main challenge between the two forms residing within the impulse at inception—asking myself what container the conflict is calling for, and what kind of meaningful satisfaction am I chasing?

For the satisfaction of writing a short story is entirely different than that of a novel. I love both, I can see myself working in both for the rest of my life because I’m a dedicated reader of both forms.

And yet there is nothing quite as gratifying as an epic story well told. As humans we are awed by sublime creation on a grand scale; it’s embedded within us. Or so Longinus pointed out centuries ago. I tend to agree, although that just may be my mood of late—a longing to lose myself in a bigger world, an epic story.

A: Indeed, some excellent news. Train Shots, my story collection which debuted last year from Burrow Press, has been optioned for a feature film by NYC-based writer/director, Hannah Beth King…

For now, Hannah is set to write the screenplay, and I’m available to consult. It’s the perfect arrangement since I’m promoting Juventud nationally for the next nine months.

--Interview with Deborah Kalb. For a previous Q&A with Vanessa Blakeslee, please click here.
Posted by Deborah Kalb at 6:11 AM