Arnie Bernstein is the author most recently of Swastika Nation: Fritz Kuhn and the Rise and Fall of the German-American Bund. His other books include Bath Massacre and Hollywood on Lake Michigan. He is based in Chicago.

A: Like all good stories, this one started at the movies. In 2009 I went to see Quentin Tarantino’s Inglourious Basterds. For your readers who aren’t familiar with the story, it’s a WWII revenge tale about a group of Jewish American soldiers who are parachuted into Nazi-occupied France, then go terrorizing the countryside killing the enemy.

After hooting and hollering and enjoy the movie with the happiest ending ever (people who’ve seen the movie know what I mean!), I got curious about what the real stories were of Jews who fought back during the Hitler era.

There were lots of good stories out there, and it made for interesting reading. I kept coming across the stories of the German-American Bund, their leader Fritz Kuhn, and the many disparate groups that fought the Bund in the streets and in the courts. 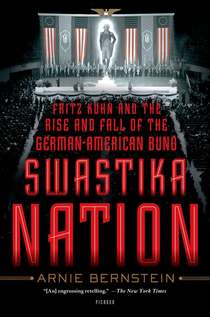 The stories existed in little bits and pieces in various histories and a few academic studies, but there was no book devoted to telling this story fully.

This was one of those moments in history that seemed to have fallen between the cracks and was forgotten. But it was so rich and so full of fascinating characters and great set pieces, I realized this was a story I had to tell!

My research encompassed myriads of sources, as you can imagine. The FBI kept tabs on Kuhn and the Bund; the accumulated files amounted to more than 4,000 pages of documents.That included FBI memos, plus lots of Bundist propaganda and Kuhn’s writings. All invaluable stuff.

Newspapers and magazines of the era covered the Bundists, plus Walter Winchell delighted in provoking Fritz Kuhn in his newspaper column and radio program. Two of the happiest days of my life was spent in the New York Public Library going through Winchell’s papers almost nonstop each day. It was a researcher’s dream! 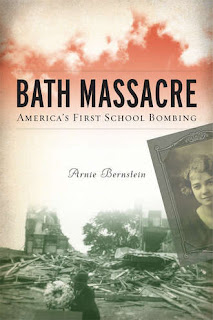 I also interviewed Kuhn’s grand-niece and Mayer Lansky’s grandson, who gave me great insight into two of the book’s major players.  dditionally, I went through a lot of material published at the time, HUAC testimony, newsreels, and other primary sources of the era.

Q: You begin the book with a description of a rally at Madison Square Garden in 1939. Why did you choose this as the book’s opening, and what was the significance of the rally?

A: The rally was both the Bund’s high point, the pinnacle of power for Fritz Kuhn, and ultimately the beginning of the end for the group.

It seemed like a natural place to start the book, seeing what this group was seemingly poised to accomplish—and the many people swirling outside of Madison Square Garden ready to tear them apart.

The rally was supposed to be Kuhn’s moment of glory, sort of his version of “Triumph of the Will.” It was designed to show the power of the Bund as a national movement, what they had achieved, and where they were going. Of course it was all doomed to failure.

Q: How well known was Fritz Kuhn at the time of the rally, and what impact did he have in the U.S. and in Germany? 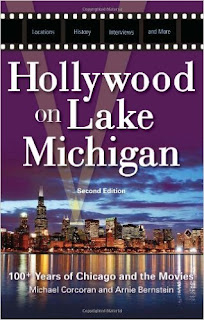 A: Kuhn was a nationally known figure at this point. Although he is a despicable personality, he certainly was charismatic and had a certain genius for rallying people to follow him.

Certainly he was able to take a dying organization, the Bund’s predecessor group “The Friends of New Germany,” reshape it under his own vision, and make it a national movement complete with businesses, a publishing/propaganda wing, rallies, parades, meetings, and a series of family retreats replete with their own versions of the SS and Hitler Youth.

But Kuhn was an embarrassment to Nazi Germany. Keep in mind that at this point, the mid-to-late 1930s, there was thought we could work with Hitler. British Prime Minister Neville Chamberlain and U.S. British Ambassador Joseph Kennedy both felt this was possible despite the things going on inside Germany.

But Americans associated the Bund with Germany, and that was the last thing the Nazi government needed. They kept Kuhn at arm’s length, refusing to have anything to do with him other than provide propaganda to spread in the U.S.

While this was a personal blow to Kuhn’s massive ego and his desire to become the American Fuhrer, he maintained the facade that he was an important figure to be dealt with.

A: Not saying anything at the moment, other than to say it’s another forgotten story in American history with another great cast of characters.