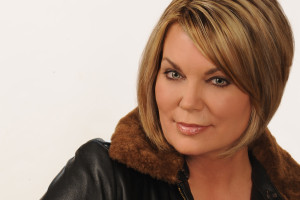 Tracy Crow is the author of the new book On Point: A Guide to Writing the Military Story. She also has written the memoir Eyes Right and edited the anthology Red, White, & True. She is a former Marine Corps officer, and she lives in North Carolina.
Q: Why did you decide to write this book?
A: I decided to write this book after the violent suicide of a Marine Corps friend. We’ve all read or heard the startling statistic that 22 veterans a day commit suicide, but I’d never had a personal connection to this statistic until my friend decided to end his life. I was devastated…
I feel as if I’ve been carrying a heavy chunk of shrapnel inside me since my friend’s suicide. When I began to imagine the overarching effects of 22 veterans a day choosing to end their lives, and how all these suicides every single day led to unimaginable suffering for 22 families every day and a countless number of friends, like me, I felt compelled to do something.
Writing, as well as other creative arts, has healing value. I learned this firsthand while drafting my own memoir, Eyes Right: Confessions from a Woman Marine (University of Nebraska Press, 2012), and while compiling and editing essays for my anthology, Red, White, & True: Stories from Veterans and Families, WWII to Present (Potomac Books, 2014).
Q: You say in the book that writing is “a gift you’re giving yourself.” How did that apply to you personally, and how do you see it helping others, particularly those connected with the military? 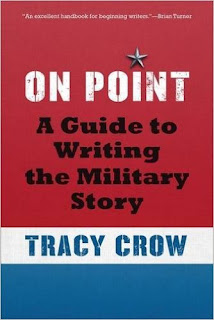 A: For 15 years after leaving the Marines under conditions that felt less than honorable, had you asked me why I resigned after 10 years, I’m sorry to say I would have lied. I would have lied to save us both an awkward moment of embarrassment. And throughout those 15 years, I repressed the shame, regret, anger, and resentment.
But at the urging of an undergrad professor, I eventually started writing about my military experiences – the emotionally safe ones, anyway. In grad school, I realized that I would have to examine and write about the deepest, darkest motivations that had fueled a drive to prove my worth as a Marine, even though that drive led to the sacrifice of my health, marriage, and motherhood.
Writing, for me anyway, is a profound gift of self-love, especially the sort of writing that encourages a deep self-examination. Too many of us are walking through life like zombies – half awake/half dead. Writing for meaning urges us to wake up and become aware. Writing for meaning also forces us to search for the patterns within our lives—for why we decided one day to turn left after a lifetime of right turns.
For veterans and those who love and support veterans—I hope no one waits as long as I did to gift themselves with some form of healing, whether that’s writing, another creative art, or professional therapy. 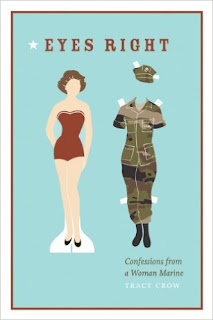 Q: You advise, “Don’t quit.” How crucial is persistence for writers?
A: I’ve known writers with far more skill or talent than I have who have quit writing after receiving a rejection from an obscure literary journal. The business of publishing requires a strong constitution and an armor-like exterior for deflecting blows of rejection.
Every writer who has ever published has failed at some point—if you consider rejections as failure. I don’t. Maybe it’s because I had to make my living in sales, at one point in my life, and to survive on straight commission you learn quickly that a certain number of “no’s” are inevitable on the path toward a yes. The only true failure in writing is quitting.
Q: How did you come up with the book’s title, and what does it signify for you?
A: I wanted a military term for the title, but for the longest time while drafting On Point, I couldn’t arrive at a term or phrase that seemed like a fit. One day, I remembered the military term for being on point, the riskiest position for an infantryman. Writing is risky, too. I knew I had my title. On Point reflected the risky infantry term, and offered a metaphor on several levels—about risk and about staying the course. 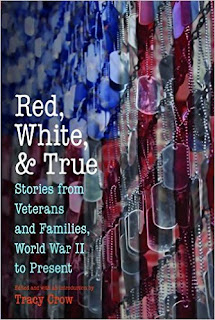 Q: What are you working on now?
A: Under contract, I’m working on a military-themed project with a co-author that will shine a huge light on the contributions of women veterans. That’s about all I can reveal at this point, other than the research for this book has already changed the two of us in profound ways. I hope our finished product will have the safe effect on our readers.
I’m also wrapping up revisions to a non-military novel that I’ve been working on for a few years. I hope it will eventually find its way into the world.
Q: Anything else we should know?
A: Yes, thanks! We tend to think that every military story is a story about combat. Not true. I never saw combat, yet my story about life as a woman Marine during the challenging 1980s still resonated for readers, male and female.
And I’d like to add that the military story doesn’t belong exclusively to the veteran. If you’re the spouse, significant other, parent, grandparent, child or grandchild, and friend of a veteran, you have a military story, too. Everyone has a story.
--Interview with Deborah Kalb
Posted by Deborah Kalb at 5:46 AM