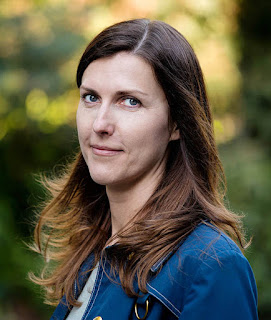 Kristina Rizga is the author of the new book Mission High: One School, How Experts Tried to Fail It, and the Students and Teachers Who Made It Triumph. She has worked as an education reporter for many years, including for Mother Jones, has served on the editorial board of The Nation, was executive editor of WireTap, and is co-founder of the Baltic Center for Investigative Reporting. She lives in San Francisco.

Q: How did you select Mission High as the subject for your book, and how representative do you think it is?

A: This book started as an assignment for Mother Jones four years ago. My editors wanted me to embed in one school labeled as low-performing, and see what was going on behind the scenes.

In every district, there are outliers; some succeed more than others. We’ve never created a district where all succeed equally. We wanted to understand the obstacles in schools that are labeled as failing….

Q: You write that many of your assumptions about education changed as a result of your work on this project. What are some of the most important?

A: I’ll highlight two that were key for me. The first assumption had to do with the process of school reform. Before I went to Mission High School, I had wanted to find 10 top ingredients that contribute to successful schools that we could copy and paste.

This is a very top-down-inspired view. Learning and teaching depend so much on individuals. The most important mechanisms were at the classroom level.

When I listened to teachers and what they really talk about, and deal with, it’s How do I teaching writing in a shared, diverse classroom? At Mission High School, there are 48 languages the students speak. 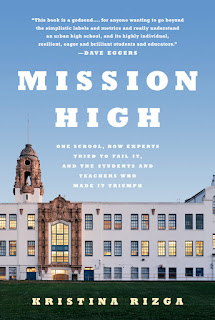 A student like Maria from El Salvador is a brilliant thinker, but when she came to Mission she struggled with English, even with writing in Spanish. She came from a rural school. She lands in San Francisco, an alien town. She’s asked to write in English. How do we teach English to someone like Maria?

How do we teach math to Pablo…who is coming out as gay and is struggling? The math teachers sit around and ask how do we push Pablo and continue teaching him math and support him socially and emotionally?

At Mission, they’ll ask questions like what do we do when honors classes are mostly white and Asian American? How do we get access to Latinos and African Americans?...

Top-down reforms in schools don’t work. There has to be a bottom-up effort driven by staff.

The first week I got to Mission High, while it’s labeled as failing, 84 percent are accepted to college and 75 percent enroll….Ninety percent of the students said they loved Mission and would recommend it to others. I thought there were no sharp racial and ethnic divides at Mission High. I wanted to find out what the school does to create [this] environment…

Schools succeed in many ways, and are struggling in many ways. Standardized test scores should never be the main way we evaluate teachers and students. There are many other markers to evaluate schools in a more nuanced way.

In the book I mention grades, attendance, graduation rates. They see where the achievement gaps exist in the school, and they gather student feedback about teachers…

Q: How did you pick the students and teachers you focus on in the book, and what do they think of the book?

A: As an education reporter, I knew there was such a shortage of student voices when it came to books about school reform. I wanted to hear what motivates them to come to school and what makes a good teacher.

I interviewed lots of students, and certain themes emerged. I started picking students. Latinos, Asian Americans and African Americans were the main groups, and I wanted to pick students representative of the school…

There isn’t really a formula, but the most important thing was that I had intellectual and emotional reactions to these students and the work they were producing. I was moved by their essays and their performance…I was guided by the wisdom and insight of successful veteran teachers….

Q: How did the students react to the book?

A: In many ways, it made me weep. They were sending me incredible letters and voice mail messages saying I captured them and their community…That is incredibly rewarding and meaningful.

I was very lucky because one of the first students [I met], Jesmyn, took me under her wing and became my guide. She [told] me that when white journalists write about black students, they focus on the struggle in poverty, violence, issues we associate with poverty, but she said we fail to notice their intellectual contributions, the friendships, the leadership. That really stuck with me. I’m so grateful she was so honest with me….

Q: Looking at the book’s subtitle, how did the experts try to fail the school, and what did the students and teachers do to make it triumph?

A: The education reform experts in the book are politicians, philanthropists, state officials, [making] decisions around school reform. The majority of them have not taught and are not from the community.

It translates into disparities in access to communications, technology, quality teachers….all students have to meet [certain standards], though low-income students are at a disadvantage. When they fail to meet them, we fail them.

Mission High School was considered for closure. What that logic implies is that it’s the fault of the staff if it’s failing. With a community like Mission High School, they are resisting policies, and saying there is this incredibly unfair environment and we are in a country with inequality; the government needs to take responsibility.

At Mission High School, teachers reject the pressure to teach to the test. They focus all the attention on building up teachers, and they focus on race and equity. It’s bottom-up.

At Mission, there are three main principles: First, student-centered instruction rather than everything centered around standardized tests. Second, intense focus on the craft of teaching: planning lessons, helping colleagues who struggle. This is very rare. Third, a focus on race and equity issues, looking at the local school-based markers, trying to figure out why disparities exist and what can we do to try to close the gaps.

A: Not for a while. It’s such a marathon….I’m writing shorter stories at the moment, and spending as much time as I can getting the word out about the things the students and teachers taught me at Mission High School, because they’re fascinating lessons and I hope they inspire other students and teachers out there.