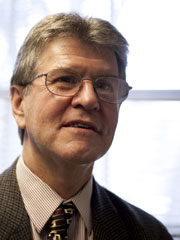 Philip Jenkins is the author of the new book The Many Faces of Christ: The Thousand-Year Story of the Survival and Influence of the Lost Gospels. His other books include The Great and Holy War and Jesus Wars. He is Distinguished Professor of History at Baylor University, and he lives in Texas and Pennsylvania.

Q: You ask, "What exactly is a gospel, and can we legitimately apply the term to the texts that circulated through the Middle Ages and beyond?" How would you answer that?

A: That is actually one of the toughest problems I had! A gospel is literally “Good news”, or “Good message,” translating the Greek euaggelion, evangelium. It means the Good news of Christ, and it usually means a narrative of Christ’s deeds or words, whether during his life or afterwards.

The story is told by some early reporter or observer, commonly someone identified as an apostle or companion. The best standard to use is whether a work was identified as a gospel by its early users.

The problem is that some of the oldest gospels don’t look anything like the works we have in the New Testament, with their narrative frameworks. So the Gospel of Thomas is mainly a collection of sayings, the Gospel of Truth is a theological meditation, and many of the earliest Gnostic Gospels tell what Jesus revealed after his death.

Yet early believers called them all gospels – and interestingly, the mainstream church also had no problem with calling them gospels, even if they condemned their contents.

One problem I did face is that some of the most influential “gospels” feature Christ only marginally, and are mainly about the Virgin Mary. Often, they apply to her a lot of the stories that we know about Jesus himself, including the miraculous birth and death, and even something like a Resurrection or Ascension. 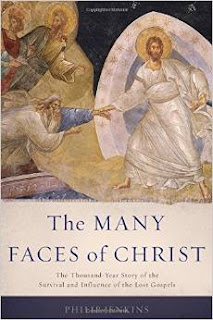 So, I am using the term in this broad sense. As I say, calling something a gospel says nothing about whether it is historically true or not, and early mainstream church leaders called something a gospel even when they disagreed with it totally.

The key point was how the work was intended, and how it was meant to be used. If it was meant to serve the same function as the canonical gospels, then I call it a gospel.

Q: What are some of the most common perceptions and misperceptions about the Lost Gospels?

A: Even if we are not specialists, we all know something about the Lost Gospels, even if it is only from The Da Vinci Code.

We know, or think we know, that there were lots of alternative gospels in the early church, but then they vanished from use, or were brutally suppressed by the mainstream church, probably somewhere around the 4th century.

Thereafter, Christians just used the canonical Big Four gospels tight up till modern times, when the other contenders were rediscovered.

The problem is that that story is a myth. Some gospels were suppressed, but in some parts of the world, not others, and they carried on being read for centuries thereafter elsewhere. 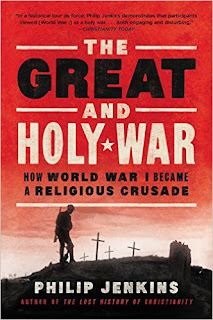 We find a church in Ireland still reading from an unknown Gospel of James in the 8th or 9th century. Christians in Central Asia carried on reading a whole library of lost gospels, including Thomas, well into the 10th century and probably much later.

Even in Catholic Europe, the church carried on reading alternative gospels throughout the Middle Ages, and these became the basis of much Christian art. Some of those alternatives – like the Protevangelium, the so-called “First Gospel” – were also truly ancient, and were probably written even before the famous Gnostic Gospels that have been so sensationally rediscovered in our own time.

Linked to that is the myth that the destruction of alternative gospels created a narrow and intolerant Christianity which, for instance, excluded female holy figures.

Yet mainstream churches were happy to read and use alternative texts that made the Virgin Mary close to divine, and almost a Christ figure in her own right. How could female figures have been exalted more than that?

The other surprising thing is just how many of the ideas of the ancient “lost gospels” carried on existing outside the Christian world altogether, and they survive today in alternative gospels and stories preserved by Muslims.

One mysterious item is the Gospel of Barnabas widely used by Muslims today in a form that has Jesus point to Muhammad as the true prophet. That is a late addition, of course, but it looks very much like Muslims were reworking a really old alternative Christian gospel dating back to perhaps the 2nd or 3rd centuries.

The main difficulty I have in answering the question is that there are just so many of these alternative gospels and gospel traditions around that were never lost, it’s hard to begin to describe them here! 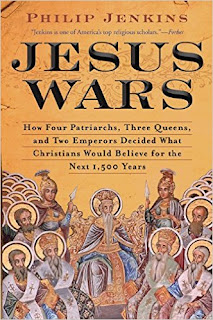 Q: You write, "When we tell the Christian story in any era on only a European scale...we miss a very large part of the story." What are some of the most important aspects of Christianity in other parts of the world?

A: Early churches read a great many texts besides what we know today as the Bible, even if they did not always give them that full canonical authority. Over time, lots of those texts fell out of widespread use.

But if you go to Ethiopia, the ancient church there carried on preserving and reading dozens of those ancient texts, including some dating back to the third and second centuries B.C. Only in quite modern times did scholars rediscover those, and understand how important they were.

Another amazing story that is still not properly understood is what happened to some ancient scriptures dating back to Jesus’s time, which circulated widely in the ancient world, but then dropped out of use and were forgotten.

In the 19th century, though, scholars found that many of these were preserved in the Slavonic languages of Eastern Europe. In other words, you might be reading a medieval Russian book, and you’ll find a text that was a translation of an ancient scripture composed in Hebrew at a time when the Second Temple still stood. And that text survives nowhere else in the world, in no other language.

Rediscovering those texts in modern times, and tracing their influence, has been just an awe-inspiring experience. Almost everywhere you look, in whatever culture or language, you find these forgotten scriptures.

And then of course there are the great eastern churches that penetrated into Central Asia, where they encountered Buddhists and members of other great faiths.

We find survivals of ancient alternative gospels there in oases along the Silk Route. Some Christian texts and ideas even found their way into Buddhist scriptures, a mixing that we certainly would not think of as even possible at that time.

Q: What was the impact of the Reformation on the alternative gospels?

A: Alternative gospels became highly unfashionable at the Reformation. Protestants hated them and usually tried to suppress them while Catholics were almost embarrassed to be using these things of dubious authenticity.

Paradoxically though, new contacts with Africa and Asia meant that many ancient gospels and scriptures suddenly came to the attention of European scholars.

They read and explored them, but as the subject of scholarly analysis, not devotion. The alternative scriptures were exiled from the parish churches, but they found a place in academic lecture halls and seminar rooms.

A: I’m working on the three centuries before Jesus’s time, looking at the creation of the thought world we know from the New Testament – how people came to believe so strongly in ideas like the afterlife and the Last Judgment, in Satan, in angels and demons, and how they came to put such weight on the stories of Adam and Eve and the Garden of Eden.

The rise of those ideas makes for what I would describe as one of the greatest intellectual and spiritual revolutions in human thought.

A: I suppose my main point in Many Faces is this: that contrary to myth, the Christian world through much of its history was “awash with gospels”!

What interests me is how modern writers often ignore that fact of extreme diversity, in order to make recent discoveries look all the more exciting and surprising – which they generally are not.