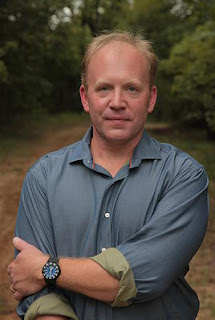 Matthew Guinn is the author of the new novel The Scribe. He also has written the novel The Resurrectionist and the nonfiction work After Southern Modernism. He was the writer James Dickey's assistant at the University of South Carolina. His teaching career includes the University of Alabama at Birmingham and Tulane University's School of Continuing Studies. A native of Atlanta, he lives in Jackson, Mississippi.

A: That International Cotton Exposition really did take place. A lot of historians say it was the moment when the New South was born. Henry Grady [who appears in the novel] was real. He was antebellum in his attitudes toward race, but in favor of the South being industrialized. He saw how war and the end of slavery had devastated the South, and he wanted it to get more industrial.

I’m a son of Atlanta—it’s always been the same city that hosted the 1996 Olympics, the same attitude: the New York of the South. The sprawling development I’m driving through right now is the story of my life, and the story of Atlanta…

Q: You write in a historical note at the end of the book, "Writing a historical novel is a bit like a tightrope act." How did you blend fact and fiction, and what did you see as the right balance between the two?

A: It’s historical fiction, a historical novel. Some people are too caught up in factuality. I admitted [in the book] to the three things I changed [from actual fact]; I’m not jerking your chain. 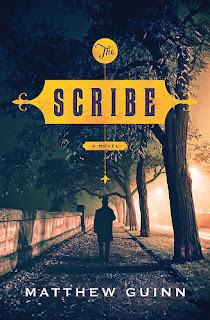 But I was fortunate to stumble on things that were too strange to believe. The premise for The Resurrectionist really did happen. I couldn’t believe no one had written a novel about it!

Q: Why did you decide to write novels, and not nonfiction books, about these topics?

A: My dissertation was nonfiction, After Southern Modernism...I like stories. I had just got out of grad school, and I discovered James Lee Burke. I had been reading high literature, and [I thought], I remember story now! It was a book that you could not at all figure out how it would end.

My wife prevailed on me to read In the Lake of the Woods by Tim O’Brien. It’s a literary book, but driven by plot. I thought I would like to write something like that. I was thrilled by the Edgar nomination for The Resurrectionist…

This [book] was always going to be about a serial killer. It embodies the Old South, someone who wishes [the Civil War] had ended differently.

Q: So are Burke and O’Brien two of the authors you feel inspired by?

A: Yes, and James Dickey of course. Deliverance is one of the great novels. I knew Andrew Lytle, a Southern Agrarian, who wrote The Velvet Horn, which was published in 1957. He was a great teacher. And Larry Brown was the writer who drew me to Mississippi. 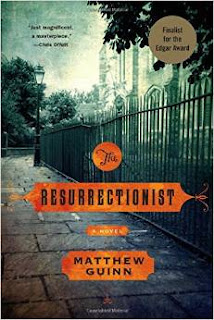 Q: How did you come up with your detective, Thomas Canby?

A: All your characters are either a person you aspire to be or a person you despise. Canby in some ways is somebody I’d aspire to be. He’s brave, courageous, doesn’t take pat answers from anyone. Some reviews say he’s violent…he’s violent where he needs to be. There’s the great Emerson quote, that your goodness needs some edge to it. Canby is like that. And with my Celtic background, how cool if his dad is a bona fide immigrant. There was a huge wave of [Irish immigration] in the 19th century.

A: I’m open to changing it, but I find the middle to be a great part…I get tableaus, scenes that are frozen, of the first and last [parts]. In between is the real exploration. I love it when you get surprised every now and then….

Q: Race is one of the big issues in the book. Why did you choose to explore that?

A: Shelby Foote said that if you want to understand America, you have to understand the Civil War. It’s true, and it’s very true about the South.

[A group of] writers bought an ad [recently urging the removal of the Confederate] symbol from the flag [in Mississippi]. It’s important to argue against [the symbol], unless you have ingrained racism.

The book I’m working on now is about the convict leasing system [which affected African Americans]—under trumped-up charges, they were leased to mining companies to pay off fines. It was almost worse than slavery.

It’s not to polish up liberal bona fides but…it’s not fair to expect black Mississippians to [live] under an emblem [of the Confederacy...This involves] a sense of justice….I feel like I have something left to learn.

Q: Can you say more about the book you’re working on now?

A: It’s set in Birmingham. This is a spoiler, but it follows Thomas Canby and Cyrus Underwood to Birmingham. Serial killings start up in Birmingham. I think of them as eruptions of evil in U.S. history. The convict slavery system made people rich, rich, rich. There are still families in the South whose wealth is based on slave labor.

I’m pleased that people want to know more about Underwood and Canby. This is a bit more Underwood’s story. He’s a fascinating person.