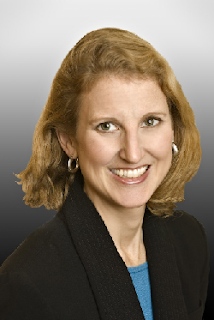 Caroline Fredrickson is the author of the new book Under the Bus: How Working Women Are Being Run Over. She is the president of the American Constitution Society, and also has worked for the ACLU and NARAL Pro-Choice America. She lives in Silver Spring, Maryland.

Q: You write, “So while the media debate ‘opt out’ and ‘lean in,’ the real focus should be on those who are ‘left out.’” What do you see as the most important problems that should be addressed for women in the workplace?

A: There are a number, but one of the most significant issues remains that with women continuing to be the dominant caregivers, we haven’t adopted the workplaces for them to thrive and also take care of their responsibilities at home.

Q: In the book, you state that many people are still left behind despite the passage of legislation over the past century to improve working conditions. What are some of the reasons the legislation did not succeed in addressing these concerns?

A: In part the origins of the exemptions that left so many women out have sort of been forgotten. It was a surprise to me, and somewhat appalling, what were the stated reasons behind the exclusions: They were forthright in saying the wanted to exclude African Americans from the law.

Q: What were some of the other things that surprised you as you researched the book?

A: In terms of child care, I was surprised by the half-hearted effort in World War II. Even some women in American history known as being protective of women in the workforce [and their access to work] were protective of mothers.

There was a begrudging understanding that women taking traditionally men’s jobs was a necessity, but they were rather concerned about the fact that mothers were working at all, despite the fact that it was necessary. 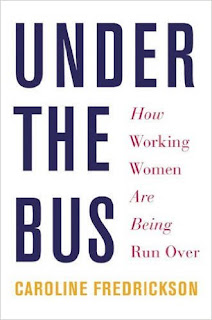 Also, [it surprised me] to uncover the history of the close call we had with universal child care legislation in this country. Legislation was passed—it’s hard to imagine in this day and age. But it didn’t make it over the finish line because of Phyllis Schlafly and the organizations she supported.

A: You try and come up with something that sounded catchy, but encapsulates the point of the book.

There is a visual element that’s real here. When you look at the Congressional Record, and read about how members of Congress discussed how they would carve out this group of workers...people who worked in the fields and in houses—as a result, 90 percent of African American women were carved out of any protections of the New Deal initially. There was incredible exclusion of African American workers. It was shocking.

Q: You ask, “Why do women, particularly women of color, continue to earn less than men?” Why do you think that still is true now?

A: There’s a big hangover from these exclusions. The home care industry is dominated by women of color. It’s finally beginning to get the protection it deserves [which] is a big step forward way too long in the making.

Q: What impact have temporary workers had on working conditions for women?

A: It’s a big issue because even when you can make inroads for legal protections, [employers will] hire temps. A company will have workers for decades who are still designated as temps and don’t get the same benefits as other workers.

For a workforce that’s particularly vulnerable, it’s a very high burden for low-wage workers to overcome, so they don’t tend to challenge it. So unscrupulous employers, or ones driven by the bottom line, [can] take the low road and not appropriately categorize their workforce.

Q: Do you think any of the presidential candidates are addressing the concerns you raise in the book?

A: Yes! I was really pleased that in the last Democratic debate they talked quite a bit about…family leave. It was refreshing to see. Unfortunately, I haven’t seen quite as much on the Republican side, but even there, there is a recognition that [these] ideas matter. Marco Rubio announced a family leave policy—it’s purely voluntary, but that he needs to talk about it is significant.

A: I tend to be an optimistic person, so I’m pretty optimistic! [Actions] on the state and local level are very encouraging. There are so many places where they raised the minimum wage, even red states where it was raised through ballot initiative. [Issues like] paid sick leave, parental leave…across the board, conservatives and liberals, Democrats and Republicans, see a real need to make changes in workplace policies.

No matter what happens at the presidential level, there will be change, because the American people want it. It has to come from the bottom up, not the top down.

Q: What are you working on now? Another book?

A: I’m so busy between my regular day job and a lot of speaking to ACS audiences and others, it’s kept me on the road and busy. I’d like to write more about a general issue facing so many workers—misclassification, and [the transferring] of high-wage jobs into contingent jobs.

I wrote about adjuncts in The Atlantic last month. It’s interesting to see how structures to protect workers are slowly being dismantled, and [employers] are using more contractors and temporary workers…

It’s started to [affect] lawyers and doctors. It deserves a lot of attention—these issues are encompassing a larger and larger percentage of the workforce, including professionals.

A: The one other [reason] I’m optimistic is the women I talked to are amazing. I was so buoyed by the work these women had done, often immigrant women, seeking better legal protections. It’s pretty incredible seeing how brave they are. If we all join together, we can accomplish a lot.