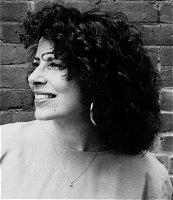 Lesléa Newman is the author of two new children's picture books, Ketzel, the Cat Who Composed, and My Name is Aviva. She has written more than 60 books for children and adults, and has taught at a variety of universities, including Clark University and Spalding University.

Q:  Your newest book, Ketzel, the Cat Who Composed, is based on the story of a real cat. How did you learn about her, and why did you think it would make a good picture book? 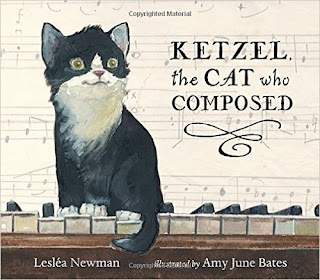 A: I first learned about Ketzel from my synagogue’s newsletter. Our rabbi has a monthly column, and in it, he mentioned Ketzel, whose New York Times obituary he had recently read.

The theme of the column was “delightful surprises” and Rabbi Justin David discussed how Mr. Cotel had been delightfully surprised by the tune Ketzel spontaneously “composed” by walking down the keyboard. And how important it is to be open to the unexpected surprises that life brings us.

Being a cat lover and a music lover, I was struck by this story immedately and did a lot of research on both Ketzel and Mr. Cotel. And I just had a feeling that children would be as charmed by the story as I was.

Q: Another of your recent picture books is My Name is Aviva. How did you come up with the idea for this story, and what do you think it says about family traditions?

A: Everyone’s name has a story and I think it’s important to know the history of one’s name. For example, I was named for my grandfather, Louis, who died three months before I was born. 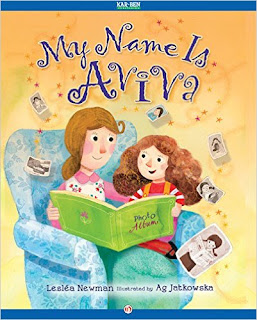 My hope is that children reading the book will become curious about their own names, which will lead to a family discussion about their names and their ancestors.

The character Ada who appears in the book is based on my own Grandma Ruthie (wife of Grandpa Louis) with whom I was very close.

A: I have been inspired by so many wonderful authors! The women in my writing group constantly inspire me: Patricia MacLachlan, Jane Yolen, Barbara Diamond Goldin, Ellen Wittlinger, Ann Turner, and Corinne Demas.

I have always been a great fan of Dr. Seuss. And then there are wonderful poets such as Marilyn Nelson, Patricia Smith, Richard Wilbur and others whose work I adore.
Q: What are you working on now?

A: I am putting the finishing touches on two forthcoming picture books: Gittel's Journey, which is about my mom’s best friend’s mother, who journeyed from Europe to America in 1906 by herself as a child, and Sparkle Boy, which is about a little boy who loves sparkly things just like his sister.

Oh, and I have a board book called Hanukkah Delight! coming out in 2016. The illustrations are just adorable!

Interview with Deborah Kalb. For a previous Q&A with Lesléa Newman, please click here. She will be participating in the Hyman S. and Freda Bernstein Jewish Literary Festival at the Washington DCJCC, which runs from October 18-28, 2015.
Posted by Deborah Kalb at 6:20 AM