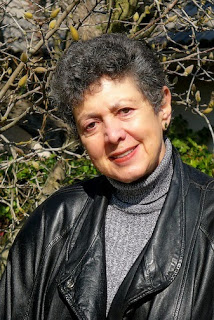 Lillian Faderman is the author of the new book The Gay Revolution: The Story of the Struggle. Her many other books include Surpassing the Love of Men and Odd Girls and Twilight Lovers.

Q: You begin your book with two different stories, one that took place in 1948 and one that happened in 2012. Why did you start the book that way, and what do these incidents signify to you?

A: What I asked after I told the stories is how did we get from one to the other? What happened to that much-loved professor [E.K. Johnston of the University of Missouri] in 1948, who was hounded out of his university [for being gay, and] how we got to General Tammy Smith, who was not only promoted to general but the Department of Defense told her, “Tell your story.” Tracey Hepner, [her wife,] in a public ceremony, pinned the star.

It’s a book about how we got from 1948 to a time when General Tammy Smith can publicly admit she has a wife. It’s astonishing.

Q: You write that the diversity of the gay community makes it hard to pick one leader, “but if any one person deserves such credit, it is Frank Kameny.” Why do you think so, and what is his legacy today?

A: He was truly remarkable. He was a Harvard Ph.D. fired [from the Army Map Service for homosexuality]. That radicalized him…

Frank Kameny…decided he would make very public use of the way homosexuals were discriminated against. His was the first in a series of very public protests and demonstrations. 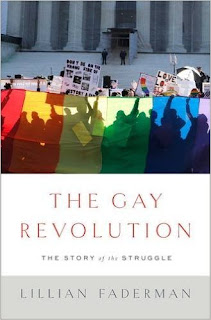 Nobody had thought it was OK to be out enough to picket the White House, the State Department, Independence Hall in Philadelphia. He organized pickets in 1965.

He did more—he encouraged other people to fight back. He did not take the government’s treatment of them passively. He helped people fired from civil service jobs to fight and win.

He encouraged Sgt. Leonard Matlovich to come out while serving in the Air Force and say, I want to [remain] in the Air Force. They won, and the Air Force was ordered to reinstate Sgt. Matlovich. This was the first time that had happened—a homosexual openly admitted he was homosexual and wanted to stay in the military.

Frank Kameny was behind the American Psychiatric Association’s finally removing homosexuality from the Diagnostic and Statistical Manual in 1973.

He said what he was [most] proud of was coining the slogan “Gay is Good.” He coined that slogan, and it became a popular slogan in the LGBT community. It was the first time people [in the community] wore buttons that said, I’m proud of who I am.

To the very end, he remained fighting battles. It was wonderful that at the end, he was recognized by the president of the United States…

I am not suggesting that Frank Kameny was the only who made a huge difference, but he certainly was there from early on to his death. He was sort of the Bayard Rustin of the movement, the strategist. He was so far-seeing…

Q: You’ve mentioned the issue of gays in the military. What do you see as the particular turning points on that issue?

A: It has been a long, hard struggle. When Bill Clinton was president, he really meant to do the right thing by gay people in the military. He pledged to gay groups in 1992 that he would do the right thing, and get the ban repealed.

He tried very hard. It was one of the first official acts he wanted to accomplish. He was very astonished by the blowback.

Finally, he agreed to a compromise, Don’t Ask, Don’t Tell. It seemed it might work in the beginning, but it became as bad as what the policy was before. It was supposed to put a stop to witch-hunting, but it really didn’t.

I think finally what happened in subsequent years was that gay people got organized…there were poster boys like Dan Choi. Dan had been a lieutenant who spoke several languages including Arabic. He was kicked out of the military because he had started a group at the college where he went called Knights Out.

They were very active in saying that gay people should be allowed to serve openly in the military. He was invited on the Rachel Maddow show, and that was like telling. He was kicked out of the military, and he didn’t go quietly. He did some dramatic things to call attention to the situation. 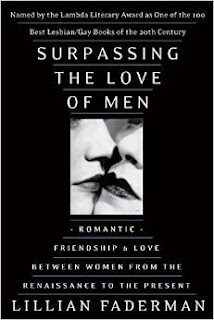 He appeared [at an event] where [Senator] Harry Reid had gone to speak in Las Vegas. He gave his ring that he had gotten from his military university back to Harry Reid in a public ceremony…Reid recognized he’d better say some good things about the right of gay people to serve in the military, and that was a turning point.

Of course, President Obama’s support [was important]. As soon as he got into office, he told the Joint Chiefs of Staff that he wanted to repeal Don’t Ask, Don’t Tell. He said they had to find a way to do it…a survey of enlisted military personnel indicated they didn’t care if gay people served alongside them, so Don’t Ask, Don’t Tell could be repealed.

Q: The issue of marriage equality has come to the fore in recent years. What do you think accounts for the shift in public opinion that’s happened recently?

A: I think so many things have helped—even the media was helpful and came over to our side. Popular television was helpful. Modern Family apparently was the most popular TV series around, and here was a very sweet male couple who had adopted a Korean baby…

Here were gay couples, married, coming into Americans’ living rooms. [Vice President] Joe Biden said Will and Grace changed more minds than anything else. The fact that the media supported us with wonderful programs on TV that showed that gay people were not child molesters or monsters [was important].

It’s important to remember that programs like Will and Grace, the Ellen show, Modern Family, Glee, wouldn’t have existed if it weren’t for organizations [earlier on] to fight the media…the organizations fought back [against negative portrayals] and convinced the media to give us fairer representation.

Q: What do you see looking ahead when it comes to equality issues? 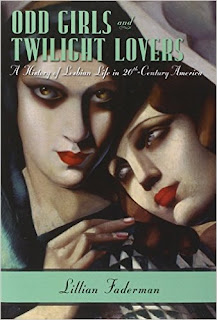 A: This isn’t the end of the battle. We have won important fights—the ability to serve openly in the military, the single-sex marriage fight; we won that this past June--but there’s clearly going to be blowback.

We are going to have to keep fighting what happened in the county in Kentucky with Kim Davis—it indicates the religious right has not accepted this.

What was wonderful about what happened in Indiana and Arkansas was that both governors were ready to sign the bills and there was so much protest in Indiana…[Governor] Mike Pence backed down and did sign a religious freedom bill, but it doesn’t include the ability to discriminate against gays and lesbians…

The religious right isn’t going to give up. They are going to keep trying to find ways to sabotage new laws that try to make LGBT people first-class citizens. I anticipate they won’t give up…

A: This one was so big and so detailed, I think I want to enjoy the fact that this one is finally [published].

A: The biggest thing I want to communicate in the book is that the LGBT movement really is very much like the African-American movement for civil rights, and was very much inspired by that. It’s taken many years to get this far, and the fight is not over.