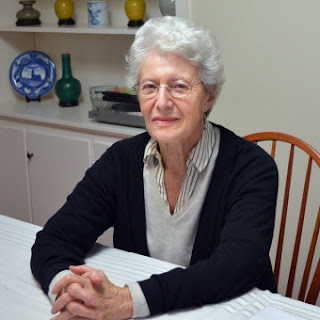 Sophie Cook is the author of the novel Anna and Elizabeth. She is an attorney and mediator. She was born in Budapest, Hungary, and immigrated in 1951 to the United States. She lives in Washington, D.C., and New York City.

Q: You based your main characters on your grandmother and her friend. Why did you decide to write a novel rather than a work of nonfiction?

A: It’s a hard question. The answer is I’ve always wanted to write fiction. I’m not a historian. I didn’t think I would be able to write an actual story of events. They’re not famous people, so I couldn’t resort to documents.

The principal impulse was to recreate the world that was there before my time that disappeared with the Holocaust and the war. I wanted to imaginatively recreate that world, and only fiction can do that.

Q: How much did you know about the lives of your grandmother and her friend, and how much research did you need to do to write the novel?

A: I was very fortunate insofar as both my parents felt strongly that my brother and I should know about the past, including the more tragic parts of it. I have found correspondence between my parents and my aunt, and they did not want to bring us up in cotton balls.

I knew about my grandmother’s murder in the Hungarian Holocaust, but my opportunity to talk about life before that came when my mother was living with us in the ‘70s in Washington, D.C. I was taking my first fiction-writing course. She was very supportive and very helpful. Many of the details are what she told me. 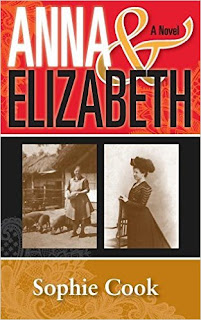 I did have to do research about the history of Hungary, the Austro-Hungarian Empire before World War II. At that time, there was no Internet, so I went to the Library of Congress. There was a small collection on this particular subject. That, with reading the Hungarian literature of the time, was enough.

There’s a wonderful saying by Henry James: When you’re doing fiction, do just enough research to get you going. That’s how I did it for this novel.

I did know one of my grandmother’s maids who was younger. I stayed in touch with her…after we left Hungary in 1947. In 1964 and 1967 I was able to visit her. She inspired part of the character of Anna. It was not a lifelong friendship [though]—I invented a great deal.

Q: The book was published in 2009 in a Hungarian-language edition. Why did you publish it first in Hungarian?

A: I couldn’t get a publisher here. The first time I submitted the manuscript in the ‘80s it was a different publishing industry, and the publishers would write back, explaining why it had been rejected. They said, We like the story and the characters, but your writing could be better—which [could have been] a polite way of saying, You write like a lawyer. I was a lawyer.

I had an opportunity to get a master’s in fiction from Johns Hopkins. I rewrote the book in 2002-3, and my cousins in Budapest said, Why don’t you publish it in Hungary? The publisher got me a wonderful translator—but then [they] took no trouble to distribute and publicize it.

I decided, at some point after my contract with him expired after five years, I was going to publish it. It’s a good novel and people would like it.

Q: Was it difficult to balance your roles as granddaughter/daughter and novelist?

A: I only had that issue [briefly] and it wasn’t so much me with myself as with my mother. I left the ending somewhat open. I knew the details of my grandmother’s and great-aunt’s murder.

My mother was devastated when this happened. It was the tail end of the German occupation, when the city was liberated. She went in search of witnesses and filed an affidavit. It was a very painful subject for her. The man who committed the murder committed a number of murders, and he was hung.

This is not primarily a Holocaust novel, and I did not want to go into the terrible details of how Elizabeth died. Of course, the Holocaust is looming over the story anyway. I left that a little bit open. It was the only time I didn’t write about events the way I might have in another context. I wrote a memoir about my mother [which looks at these issues].

Q: How did you come up with the novel’s structure, which includes chapters taking place over several decades and told from different characters’ perspectives?

A: It was pretty chronological, except the opening chapter…to start at the end and [then] go backward is a contemporary convention I followed.

As far as changing the points of view and voices…there is an exchange of letters between Elizabeth and Anna where they speak in their own voice, and it brings you more directly into the relationship at that point. They become more and more equal.

There’s the section with Kate’s diary, and there’s Andrew’s voice—because it’s another generation, I thought, let them tell their stories in their own way. In the last section, I went back to the third person.

Q: Did you publish the memoir about your mother?

A: No, I was surprised I wasn’t able to publish it. It is the story of recovering from trauma. She lived a long life, and the reunion with her sisters [in the United States after the war] meant a great deal to her. She had survivor’s guilt about her mother and aunt’s murder. She had found hiding places for all of us during the Holocaust.

Because of her sisters, because of her courage, she became serene, and was able to recover from the terrible experience…

A: I am, yes. I’m working on a fictional autobiography of a Swedish writer I loved in my childhood, Selma Lagerlof. She was very famous in her day. She was the first woman to get the Nobel Prize in Literature; she was translated into English. Now she’s forgotten, except in Sweden.

She was a very interesting woman—she was a feminist, she was gay, she was a pacifist. Again, I am not a scholar. There are scholarly biographies of her—but I wanted to recreate a part of her life she never wrote about, her relationship with her father.

A: For me, the most interesting part was when I started out thinking I would recreate a Golden Age. Then, after conversations with my mother and [doing] research, I found out that after 1918 in Central Europe, there really was no Golden Age…

The story of people like Anna in some ways is more interesting than my sentimental imagery. That’s the way life is!

--Interview with Deborah Kalb. Sophie Cook will be participating in the Local Author Fair at the Washington DCJCC on Tuesday, October 27, 2015, at 7:30pm.
Posted by Deborah Kalb at 9:01 AM