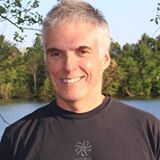 Jay Atkinson is the author of the new book Massacre on the Merrimack: Hannah Duston's Captivity and Revenge in Colonial America. It focuses on a series of events in late 17th century New England between English settlers and members of the Abenaki tribe. His other books include Ice Time and Legends of Winter Hill. His work has appeared in a variety of publications, including The New York Times and Men's Health, and he teaches journalism at Boston University.

Q: You write of Hannah Duston, “This was the story I had been looking for.” What first intrigued you about her story?

A: The story occurred just a few miles from where I’m sitting now. It’s a story I’ve been hearing since I was a kid. As a writer, the whole thing becomes managing my time.

With this story, it was always hovering at the edges of my consciousness. It’s a good story, but I knew it would be a three-year process. Finally, it was the right project for me at the right time.

Q: The book includes so many details of Hannah Duston’s story. How did you recreate them?

A: The book’s research took about two years and six months, and the research had a bifurcated way that it developed. The first 18 months, all my research was indoors, reading all the accounts written about her, some contemporaneous with her actions—those were pretty short.

And because I’m from the same area, I was able to go to the special collections room in Haverhill where she lived. They had old deeds, and ephemera relating to the Duston family. For the first year, I tried to get my head around Abenaki warrior tactics, the English colonial government’s agrarian society taking over the wilderness. 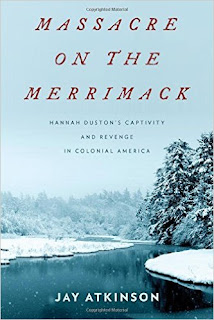 And then there was her story—a homesteading wife with [many] children, a 39-year-old woman who had delivered a baby a week earlier, before the Indians attacked. I had all these facts, and I had stick figures performing these actions, and I had the choreography of what happened.

In the next year, I continued to spend time in libraries, but I realized as we were going through two winters—in northern Massachusetts and central New Hampshire, March is still winter--I started to realize that the modern residents of the Merrimack Valley have an appreciation of the landscape. But the homesteaders did not appreciate the landscape, but were appraising it for threats, Indians hidden in the forest, the weather…

I do a lot of outdoors writing…I started traipsing around in February and March on showshoes, over the route she would have taken. I learned that the Indian routes were [used by settlers] later. I was following the waterways, the roads, I was able to cross-country ski, and I could [recreate] the route. I could describe it, because I was in it.

On March 30, in 2014 and 2015, I took a canoe trip from where she killed her captors. We camped on a tiny island. It was 18 degrees out. We had modern equipment, and still it was incredibly uncomfortable and harsh.

By seeing the river swollen beyond its banks, there were trees floating by, pieces of ice, I realized I could take the book research and marry it to the visceral experience of being in the landscape, and that became the strategy for the book.

Q: You write, “There is no disputing that Hannah’s story is the story of the frontier, in microcosm…” How does it encapsulate many of the issues surrounding the frontier? 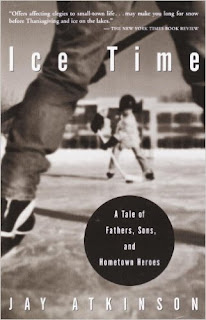 A: She is representative of our later strategy. The English finally conquered the Northeastern part of North America. The French role in the New World got marginalized. What she did in two weeks [could] stand for [the next] 200 years.

There was an incursion onto native land, and the savage response of the original inhabitants—originally, they went along with the settlers’ coopting some of the land…but once the Indians realized they were not going to [be allowed] to continue fishing or hunting near Haverhill [that changed].

The Indians saw [the land] as a communal and a spirit thing, that you can’t own the land. When they responded with violence, the newcomers perpetrated a solution that led to the eradication of the original inhabitants.

In her story, she was on the land, they attacked, and killed her baby. She has an opportunity, weeks later, to kill [some of] them.

That becomes the model, not consciously, for what occurred in the West in the 19th century…[the tribes] end up going through the same thing. Originally, they made room, then there was a revolt, then the eradication by the whites. Her story is the prologue of the American story.

Q: You ask, “Was Hannah Duston the prototypical feminist avenger, or the harbinger of the Native American genocide?” How would you answer that?

A: When I was right out of college, I went to a creative writing program and studied with Harry Crews. He led me to study Southern Gothic literature; all Southern writers tell their story through the landscape. That led to the stuff I write. 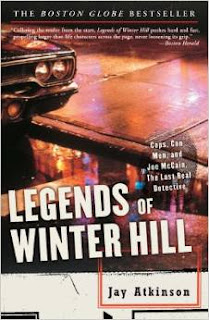 When I left the University of Florida and came back here, I met another writer who told me it’s the job of a narrative story to pose a question. He said the answer to the question is both yes and no.

Is she the prototypical feminist or a harbinger of genocide? To a degree, my feelings and thoughts about what happened and who has the upper hand morally continue to evolve.

I look at the story from the prejudices of the 17th century, not my own perspective. When it happened to her and to the Indians, they don’t realize it will happen all over the country for the next 200 years.

What I feel Duston represents is my own private matter. What the book does it is makes people think about, Was there a way to settle the New World…and [create] the United States we have now, and have treated Native Americans and African Americans better? I don’t know.

This kind of book conjures up questions. It’s my job to conjure up questions. As a storyteller, I’m not a moral philosopher. I want a good story; I want to write a book where people turn the pages.

A: I have a work of fiction nearly complete, and another nonfiction project I’ve been working on, off and on. And I just struck upon a concept for another nonfiction book. I have no shortage of ideas, just of time! I teach at Boston University, I coach hockey, it’s a question of trying to squeeze 18 hours [of work] into a 24-hour day.

A: One thing people were startled to hear, when we were shopping the proposal, we had lengthy teleconferences with publishers, and they would say, It’s such a great story, how come no one has ever told it before? I said, How is that my problem?

On the other hand, the thing most people won’t know is that in her own time and 100 years after, Hannah Duston was one of the most famous women in America…she was a celebrity…

[It wasn’t] until the 20th century, when the ideals of motherhood changed—it was Grandma Moses in her rocking chair, not a woman who would take the fight to the Indians—[that] she was forgotten.

Well into the 19th century, she’s well known—more famous than Betsy Ross or Molly Pitcher. That’s something people won’t know—you see it as an undiscovered story, but some of the best American writers that ever lived wrote about her….