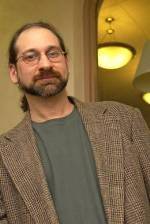 Steven Gimbel is the author of the new biography Einstein: His Space and Times. His other books include Einstein's Jewish Science: Physics at the Intersection of Politics and Religion. He chairs the philosophy department at Gettysburg College.

Q: What would you see as some of the biggest perceptions and misperceptions about Einstein?

It was true that he hated school, and as a college student didn’t go to class very often. But in those days, you had to take exit exams, and missing class wasn’t the worst thing. He had a best friend who [went to class and] kept very good notes.

Q: In the book, you describe Einstein’s changing relationship to Judaism. What were some of the turning points for him regarding his religious identification?

A: I think really there are three main places where Einstein’s world pivots regarding his Jewish identity.

The first was when he was 9 years old. He grew up in a secular home. At the time, it was mandated that schools provide religious education. He was going to a Catholic school, so he was receiving Catholic training.

While his parents were secular, that was a step too far, so they brought in an uncle who gave him one-on-one Hebrew school. At 9, he became an observant Jew. That didn’t last more than a year.

[After that,] he sees any large-scale institution as a threat to human free thought: The key to a good life is as a free-thinker, and government and religion [were] constraining…

From about age 10 to adulthood, he seeks to distance himself from Judaism. [When] he received his first academic job, he had to fill out paperwork, and there was a line for religion. He put “Dissenter.” 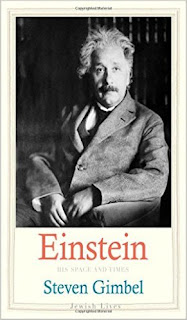 The bureaucrat said, You can’t put that. He said [Einstein] couldn’t have the job unless he put down that he was Jewish. Einstein walked away. There was a compromise: “Mosaic.” Even here, as a fully grown adult, he completely distanced himself from Jewishness.

About a decade later, he very much adopts a Jewish identity. He speaks in front of Jewish groups, uses the pronouns “we” and “us.”

The turning point there was three things that happened. First, he saw the rising anti-Semitism around the time of World War I and then the rise of Nazism. He received death threats.

Second, the wave of Jewish refugees coming into Germany fleeing pogroms in Poland and Ukraine. Einstein was a very empathetic person. He saw the plight of these people, who were his kinsmen.

Q: During his lifetime, was Einstein seen as someone who was politically involved, or more as a purely scientific genius?

A: Einstein was extremely political, overtly political. We in America tend to see him as the sage with the crazy hair talking about relativity.

In Germany, he was very much a political figure, and he made himself so. World War I was a big event—the Germans thought it would make them the dominant power in Europe. It was going to be Germany’s time; Germany seemed to be on the ascent.

Einstein was a pacifist. He left Germany and renounced his German citizenship, although he came back for a plum job. He sees in the run-up to World War I all the things he worried about coming to pass. He speaks out against the war at the time that it was very popular…. 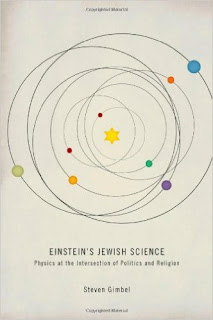 [After the war,] when the liberals rose to power, Einstein was very much out in front, one of the faces of the center-left... Those in power before the war, the conservatives, vilified [the government] and referred to it as a “Jewish” government…

Einstein had become famous. He went where the money was. He gave talks in England, in the U.S.—these were the enemy, and here’s Einstein going there, enriching himself. He was seen as a traitor, held in the same contempt that Jane Fonda was here during the Vietnam War.

Q: What impact do you see Einstein’s fame having on him, both personally and professionally?

A: It completely turned his life upside down. Here was a scientist who developed a wacky new theory. After a while, scientists came to accept it. It struck a nerve in the larger culture.

World War I left the world reeling with death and destruction, questioning the foundation of its beliefs. Here comes a crazy guy with weird hair--it was a triumph of the human mind. He was, in a certain sense, what the culture doctor ordered. The world fell in love with Albert Einstein.

[His fame] allowed him to speak out for causes he was concerned about. But at the same time, he didn’t trust the cultural fame that was given him. On the one hand, he couldn’t stand it, but on the other hand, he realized what it was, and used it…

If you’re a performer, a movie star or an athlete, part of going into your occupation is, Ooh, what if it makes me famous? No scientist thinks that. You get nerds who are utterly unprepared, and it makes them doubly awkward.

A: My current project is doing video lectures for “Great Courses.” [After that] I’ll start my next book, a philosophical work looking at humor. I’m an amateur stand-up comic. It will look at what makes a good joke, the ethics of humor…

--Interview with Deborah Kalb. Steven Gimbel will be participating in The Lessans Family Annual Book Festival at the JCC of Greater Washington, which runs from Nov. 5-15, 2015.
Posted by Deborah Kalb at 7:43 AM