Jeffrey Gorsky is the author of the new book Exiles in Sepharad: The Jewish Millennium in Spain. He also has written Acts of Faith/Auto da Fe, Humpty Dumpty, and Rough Magic. He is a lawyer and diplomat with the U.S. State Department, and is based in the Washington, D.C., area.

Q: How did you first become interested in Spanish Jewish history, and why did you decide to write this book?

I had always wanted to write fiction, and my involvement with Spain inspired me to work on a historical novel set at the time of the Inquisition. I worked on it for five years, but could not get an agent.

One successful agent, who had retired to Italy, told me she would take me on if I agreed to rewrite the book, at her direction, in the “style of Siddhartha.” Another agent said he liked the book but it was a tough subject to sell--he sent me a David Ignatius novel and asked me to write a thriller like that.

My historical novel, Acts of Faith/Auto da Fe, is now available on Kindle. I took up the second agent’s suggestion and wrote a thriller based in part on my experiences as vice consul in Medellin and Bogota, Colombia in the early ‘80s (Humpty Dumpty, also on Kindle) and I then wrote a YA fantasy novel based on The Tempest called Rough Magic (also on Kindle), so that at least my two daughters could read one of my books.

The subject of the Spanish Jews stuck with me. It is a compelling story, one of the most important in Jewish history. About 20 percent of modern Jews descend from Spain.

The story made its mark on world history—everyone knows about the Spanish Inquisition. It may be the greatest modern trauma to the Jews after the Holocaust. But few people know the real story.

The only history in print, Jane Gerber’s The Jews of Spain, was written in 1990. It is well written, but because it covers Sephardic history until modern times it is more of a survey than a comprehensive history—it covers 1,000 years of Jewish life in Spain in only 140 pages.

So I started this book both out of personal compulsion, and the belief that there should be at least one book in print covering the history of the Jews in Spain. Even though I was not an historian, I thought that I could write the best history on the subject since there was almost no competition. 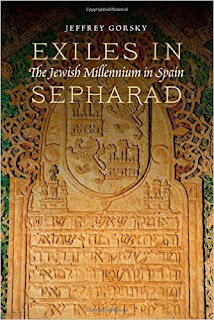 A: Over the years I had had collected a large library of books on the Spanish Jews, including Yitzak Baer’s two-volume history of the Jews in Christian Spain, and Benzion Netanyahu’s (the father of the Israeli PM) Origin of the Inquisition in 15th Century Spain—I have two large plastic bins in my house filled with research material.

There is a lot of material available on-line, including H.C. Lea’s classic four-volume History of the Inquisition in Spain. I am a George Washington University alumnus (BA and JD), and work a few blocks from the school, so I could check out books there on my lunch hour or after work.

I also appreciate the Arlington County, Va., Library inter-library loan service, which provided me many books I couldn’t afford to collect on my own—many academic books cost over $100 a copy, but were available through the inter-library system.

My bibliography is over 10 pages long and contains books in both English and Spanish (and a few in Portuguese). Since I work full-time at the State Department I did my research after-hours and on week-ends—my youngest daughter was an athlete, and I even snuck in some reading during her soccer games or basketball meets.

I also read heavy history books on our annual summer beach vacations.  It took me 10 years to complete all the research and writing.

My biggest surprise came when I first researched the subject, preparing my novel. I knew about the expulsion in 1492, but did not know about the importance of 1391.

In 1390 there were more Jews in Spain than all the rest of Europe combined, and they had achieved levels of power, wealth and a breath of cultural knowledge greater than anywhere else in the world. 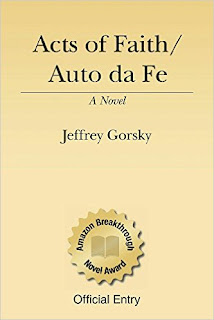 All this ended in 1391, when a rogue priest named Ferrand Martinez incited anti-Jewish mobs through two Spanish kingdoms with the slogan “convert or die.”

This led to what might be the largest mass conversion of Jews in modern history. While many of the converts—called New Christians, conversos, or (as an insult) Marranos—enjoyed great success, tensions developed between the “new” and “old” Christians, which eventually led to the formation of the Spanish Inquisition, and was a major factor in the decision to expel the Jews from Spain. The story of the “conversos” became an important part of my history.

Q: You ask, “Was the history of the Spanish Jews a story of religious tolerance or of religious conflict?” How would you answer that question?

A: Today most books on this period look at it in the context of “convivencia,” a Spanish word that literally means “living together.”  This term was popularized by the Spanish historian Americo Castro, who demonstrated how Spanish history and culture reflects the cooperation and blending of Christian, Muslim and Jewish cultures.

Some writers describe Spain as a kind of unique island of tolerance, the one place in the world where the three faiths met and worked and developed together.

While convivencia is a useful concept, it is only one side of the story. The traditional Spanish view of the history is very different. It viewed Spain as a nation of pure, devout Christians who struggled for centuries to rid their country of Muslim and Jewish invaders. So the traditional Spanish historical model is of ethnic conflict, not cooperation and tolerance.

I came up with a different way to describe this history: as a marriage of convenience. Special circumstances made it advantageous for Spanish rulers to make a place for the Jews, first in Muslim Spain, and later in the Christian kingdoms. 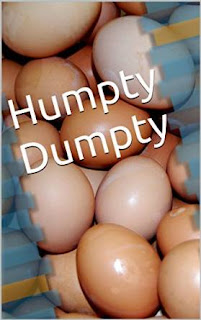 The Jews in turn benefited both in wealth and power, and in cultural growth, from this protection. But the Jews remained a separate community, and the underlying tensions between the different faiths remained.

As a result, at times of political instability, this “marriage” could break down, leading to anti-Jewish violence. Ultimately, this resulted in the end of Jewish presence in Spain, first in the Muslim region, and finally in all of Iberia.

Q: What is the legacy of the Spanish Jewish community today?

A: When I lived in Spain I remember listening to a Spanish radio program discussing the history of the Jews of Spain, and the final question on the program was, “What can we see in today’s Spain of the legacy of the Jews,” and the answer was: “solamente sangre, muchisimo sangre”—only blood, lots and lots of blood.

I interpreted this response as having two meanings—many of today’s Spaniards are descended from the Jews; and Spain bears the burden of the blood of thousands of Jewish victims of repression.

Many the synagogues remained after the expulsion, and were converted into churches. Spain is now actively promoting Jewish tourism, and restoring many of these buildings.

Probably the greatest of these is known as the Sinagoga del Transito, and had been built as the private chapel of Samuel Halevi, the Jewish treasurer to Pedro the Cruel of Castile. I used his coat of arms, which is carved in the synagogue and is a mix of Spanish heraldry with Hebrew lettering, for the cover of my book.

In the last section of my book I describe three ways in which the fate of the Spanish Jews and “conversos” made an important impact on world history.

Tensions between the “conversos” and “old Christians” led to the first racial exclusion provisions, discriminatory rules applied to Christians of Jewish descent. These provisions became known as “limpieza de sangre” or “purity of blood” rules, and “limpieza” became the template for racist practices against Africans and Indians in the New World. 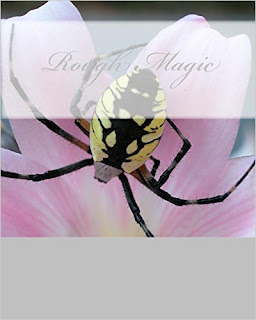 These discriminatory practices, and prosecution under the Spanish Inquisition, alienated conversos from the Church and society. This alienation found expression in art, and books by these conversos, who invented the “picaresque” genre of literature, became a foundation for the modern novel.

Finally, the Spanish Jews played an important role in the colonization of the Americas, mainly under the Dutch. By 1640 the Dutch-controlled Brazilian city of Recife was a third to a half Jewish.

The Portuguese re-conquest of Brazil forced these Jews to flee, but many remained in the Americas. One small group in 1654 went to the Dutch colony of New Amsterdam—now Manhattan—where they received permission to form a congregation—the first Jewish congregation in what is now the U.S., and the first New York Jews.

A: I am adapting some chapters of my book into an article called “The Invention of Race: How Spanish Anti-Semitism Gave Birth to Modern Racism.” I have a few other ideas, including an article on Trollope’s attitude towards the Jews called “The Hate that Dared Not Speak its Name,” but I’m not actively working on anything now.

A: I can give you some biographical trivia:  I am a D.C. native.  I went to GWU, getting a BA in English and a JD. After law school I became a “fifth streeter,” a court-appointed criminal defense attorney (I like to joke that I made my living on drugs and prostitution, but I was paid by the courts).

I did that for two years, and then joined the State Department Foreign Service, and did my initial service in Colombia—I was the last consular officer in history to be stationed in Medellin. Renee, my wife of 26 years, is from Sao Paulo, and I have two daughters, Laura and Adrianna.

I won 15,000 dollars on Jeopardy (after doing well on movie trivia Alex Trebek told me that my wife let me watch too many movies), and I received the President’s Award from the International Outlaw Motorcycle Gang Investigator’s Association.

--Interview with Deborah Kalb. Jeffrey Gorsky will be participating in the Local Author Fair at the Washington DCJCC, Tuesday, October 27, 2015, at 7:30pm.
Posted by Deborah Kalb at 8:02 AM