John Klima is the author of the new book The Game Must Go On: Hank Greenberg, Pete Gray, and the Great Days of Baseball on the Home Front in WWII. He also has written Bushville Wins! and Willie's Boys. His work has appeared in a variety of publications, including The New York Times and Best American Sports Writing.

Q: What were some of the reasons Franklin D. Roosevelt decided to support the continuation of baseball through World War II?

He also saw the practical value of baseball as a social institution and a worthy piece of the domestic wartime economy.

Q: Two of the people on whom you focus in the book are Hank Greenberg and Pete Gray. Why did you select them? 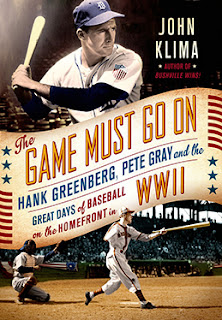 A: I like right-handed power and guys who can run. Actually because they represented the two ends of the wartime baseball spectrum -- the guy who had it all and the guy who had nothing -- each giving themselves to the war effort in different ways.

Greenberg was the highest paid player in baseball, the most feared right-handed power hitter in the game, and he did not want to be seen as a guy who used baseball to get out of his duty.

Gray was ridiculed all the way up because he had only one arm. If you had left it up to Pete, he would have been an infantryman. He settled for one year in the big leagues instead, which is how, in his own way, he fought his own war.

Q: You write that "this connection between baseball and the war was part of our national identity and remains a pivotal part of our history." What is the legacy today of World War II-era baseball? 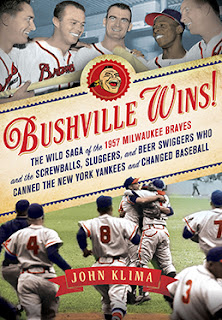 A: The way the baseball economy exists was shaped by the war. The way players are scouted, signed, developed (or not developed), bought and sold are the way they are because of things that started because of the war.

One of the great faults of the modern game is the business suffers from a collective amnesia of where it came from. All the big ballparks we have today -- The war. Expansion? The war. Multi-cultural baseball? The war. Corporate America? The war. International markets? The war. The Player's Union? The war.

Even the CBA [collective bargaining agreement] we see today, modern major league players have rights that were won for them based on the abuses players suffered during the war years.

Q: You note that this book forms part of a trilogy of baseball books. How did you come to write them? 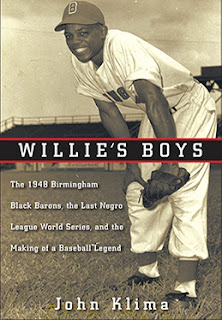 A: Didn't realize it was a trilogy until I did the war book and really understood how baseball, like virtually every other aspect of modern American life, was shaped by the war.

A: Ballplayers frequently use profanity and drink a lot, so don't be surprised when they talk a lot of shit and drink a lot in my books. That's just baseball.

--Interview with Deborah Kalb. John Klima will be participating in the Hyman S. and Freda Bernstein Jewish Literary Festival at the Washington DCJCC, which runs from October 18-28, 2015.