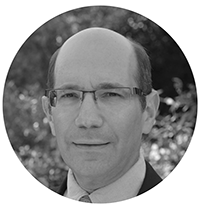 Gil Troy is the author of the new book The Age of Clinton: America in the 1990s. His 10 other books include Moynihan's Moment and Why Moderates Make the Best Presidents. His work has appeared in a variety of publications, including The New York Times and The New Republic. He is a professor of history at McGill University and a visiting scholar at the Brookings Institution.

Q: You write, "It's time to take Bill Clinton, his presidency, and his times seriously." How do you think he and his presidency have been portrayed so far, and what's different about your portrayal?

The many scandals from Whitewater to Monica Lewinsky have distracted some. Hillary Clinton’s continuing political career has distracted others. All too often, Clinton and his times are either dismissed as an era of silliness and scandal or relitigated, with Democrats justifying their support of him and Republicans justifying their disdain for him.

As an historian, I am neither prosecutor nor defense attorney. In my book, I try to explain who Bill Clinton was, what he did, and look at his presidency in the context of the influential 1990s, the decade that in many ways shaped our times today.

So my book brings in the culture, the technology, the ideology, and tries to present a three-dimensional, year by year portrait of Bill Clinton, Hillary Clinton, and their times, in all their greatness – and tawdriness. 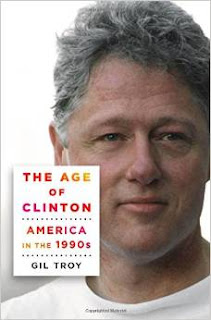 Q: You describe Clinton as "as ideological as Ronald Reagan." How would you characterize Bill Clinton's ideology, and how does it compare with that of Hillary Clinton?

A: I call Bill Clinton as “ideological a president as Ronald Reagan,” because, contrary to the impression of him as a poll-driven, will o’the wisp, he had a consistent take, which of course, like Reagan he could not always follow consistently.

But if you read speeches he gave in the mid-1980s, and when he was just starting his 1992 campaign, you see that he was a centrist, a liberal moderate, trying to fix the mistakes of Great Society liberalism and make progressivism more realistic and viable in a Reaganized America.

That made him a liberal Democrat who believed in the 3 Fs of family, faith, and flag, who wanted to fight crime and “end welfare as we know it,” and who also wanted government to work for the middle class and the poor, ending what he believed to be the selfishness of the Reagan years.

It is hard to get a full read on Hillary Clinton’s ideology, let alone how she will implement that if she wins. In the (first?) Clinton White House, she was often allied with the liberals and she didn’t quite have Bill’s passion for the Southern Democratic moderate crowd.

But she captured her own contradictions in this year’s mid-October debate in Las Vegas when she called herself a liberal, who nevertheless likes to get things done. That realism was grounding for Bill, and at her best, works for her too.

Q: How important do you think Hillary Clinton's actions and image during her husband's presidency are to her campaign today? 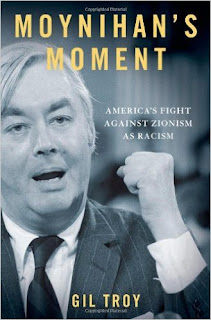 Hillary became Hillary!, a worldwide celebrity known just by her first name, up there with “Cher” and “Madonna.” That fame has given her political career a tremendous boost. It also comes with great baggage, given the Clintons and their genius for stepping into controversy -- then nevertheless surviving.

Perhaps the greatest danger of the e-mail server controversy is that her sloppiness and the Republicans’ vindictiveness will remind voters of all the ugliness during the 1990s and make them fear another four or eight years bogged down in mini-scandals and maxi-distraction.

Q: How have your own impressions of Bill Clinton changed over the years?

A: My impressions of Bill Clinton have definitely evolved over the years. During the 1990s, I was incredibly frustrated by his assault on the Washingtonian presidency, the notion of the president as role model. I was constantly disappointed that this incredibly talented natural politician kept on undermining his own agenda with his moral blind spots and his compulsive lying.

His moderation struck me as what farmers called “margarine” and what we would call artificial – I wrote a book about how moderates make the best presidents and said that Clinton should be the book’s hero but isn’t because he did such a bad job as a centrist.

Writing this book, viewing the Clintons in the broader context, I was more impressed with his centrism and his ambition; he really understood some of the changes America was experiencing, and I was more forgiving of his shortcomings.

Reading his speeches from the 1980s and early 1990s, and seeing how he fought crime and reformed welfare, showed that he was more centered and less poll-driven than he appeared at the time, and through the lens of a “gotcha” press. 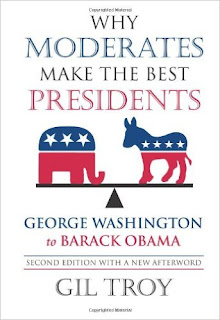 Seeing just how unnerving all the changes were in the 1990s, I understood that part of the problem was that as an agent of change he ended up being burdened by Americans’ anxiety about change.

A: I am working on recovering from the intensity of writing and editing this book in time to get it out for Hillary Clinton’s campaign – I worked until 4 or 5 am every night, waking up at 7 because we have four children, to meet the deadline of getting the book out this fall.

And I am working on trying to get people to think about Clinton and his times, not in a partisan matter but in a way that makes our conversation about this campaign and about where America is going, more sophisticated.

And I am working on thinking about another book – so far, playing with a look at the Great American Crime Wave, perhaps the most important phenomenon that defined modern America that has been least studied and as a result barely understood.

--Interview with Deborah Kalb. Gil Troy will be participating in The Lessans Family Annual Book Festival at the JCC of Greater Washington, which runs from November 5-15, 2015.