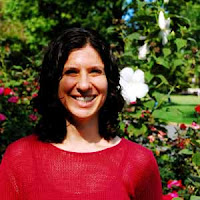 Lisa Moses Leff is the author of the new book The Archive Thief: The Man Who Salvaged French Jewish History in the Wake of the Holocaust. She also has written Sacred Bonds of Solidarity. She is an associate professor of history at American University in Washington, D.C.

Q: How did you learn about Zosa Szajkowski, and why did you decide to write a book about him?

A: I was trained in French Jewish history, and was interested in the field. He wrote 200 articles in the field, and it’s a small field, so you can’t work on it without his articles being central. He was not necessarily well respected; he wasn’t like Einstein, a great genius, but his name was everywhere.

When I got advanced enough so that I was doing book research in archives for the first time, when ordering documents in France or talking to archivists, [the question would come up,] Where are the records? They would say there was this guy, and they pointed the finger at him.

Q: Why did you decide it would make a good topic for a book?

A: After I finished my first book, I was teaching a class about history and memory, the history of how we understand the past. I realized it wasn’t just that Szajkowski made it so you had to go to Cincinnati to do work, not just Paris, but that what he had done shaped what the past was for me--what he sold to Cincinnati, but also what he subtracted…

Then, when I started finding his story, he served in World War II twice, I realized he was an amazing man who participated in some of the greatest moments of American Jewish history. He was committed to a certain type of Jewish nationalism. People beyond the academy might be interested in hearing about [him]. 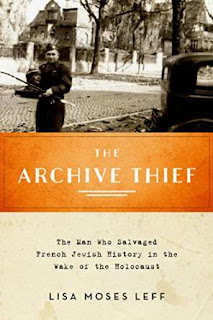 Q: You ask in the book whether Szajkowski was a thief or a hero. How would you characterize him?

A: I guess I would say he’s a little of both. The question is not either-or. He was definitely a thief, he was convicted in 1961, and caught [again] in 1978. Also, what he did in many ways made it possible to know things about the French Jewish past. I wouldn’t go all the way to hero, but there is a huge value in what he did.

The other angle on that is in the war period, what he did was understood by other people in his milieu in terms of rescue. It was in line with what others were doing. Because he had a moment when what he was doing was considered heroic, he sought later to repeat the behavior, but the times were so different it wasn’t considered glorious.

Q: How would you describe the relationship between archivists and scholars, and how does Szajkowski’s story play into that relationship?

A: That’s really interesting to think about. It’s kind of a tense relationship. Archivists’ job is to preserve documents as well as to give them to scholars, but they primarily see [it as] preserving [documents] for the future, and historians want at them. There is tension there. There’s a feeling we are at odds with each other.

Szajkowski walks into the middle of that. He had a story that makes archivists wary of all of us. But then he also was an archivist; he was working as an archivist in New York.

There is a certain type of archive in Europe, like YIVO [where he worked], where the archive is not necessarily interested in giving you stuff. The power was in restricting. At the same time, there was his work as a historian and thief, and he was pulling things out.

Q: Where did Szajkowski’s material end up?

A: A lot ended up with YIVO, where he worked, because he loved this institution. He didn’t sell YIVO stuff, he gave it to them, mostly during the war. That stuff isn’t theft—though things in YIVO’s collection have dubious origins, I don’t think they bought anything from him. 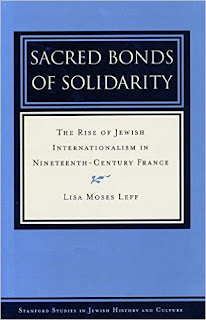 Pretty much Jewish research collections, partly because that’s who he knew. Those institutions were interested in building collections….

Q: What was his reputation at the time of his death in 1978?

A: The main journal [in the field] is Jewish Social Studies, founded in 1940. I went through all the issues through 1970 and counted the articles on French Jews. Szajkowski had 15 articles, and the person with the next highest had four. That’s the degree to which he dominated the field.

It changed in the 1970s [when] American-born people began to get degrees in the field. In the 1970s, be was starting to see competition from people who were university-trained. People would respect his work, but also looked down on him. Partly because he didn’t have a doctorate, and he wasn’t trained. He wasn’t asking big theoretical questions, but small questions—showing you sources, and that’s not the style.

One chapter in the book is called "The Fact Collector." I got that from someone who got a Ph.D. in the ‘70s. I asked what the person thought of Szajkowski, and [the response was], Oh, he’s a fact-collector.

If I were to guess why he committed suicide, he was caught stealing and it would be the end of his abilities to use the New York Public Library; it would be a blow; and his place as a historian was being challenged…

Since I published the book, I’ve talked to people who have Ph.D.s, historians working outside the academy, and they said they’d read the book and could relate to [his] feeling of being an outsider.

A: I’m working on a book about the Panama Affair, a financial scandal in the 1890s involving anti-Semitism over the building of the Panama Canal. It was in France, and they ended up handing it all over to the Americans. A company bought off a number of the [French] deputies, and the government kept letting them borrow money from the public. The scandal was pinned on Jewish bankers.

--Interview with Deborah Kalb. Lisa Moses Leff will be participating in The Lessans Family Annual Book Festival at the JCC of Greater Washington, which runs from November 5-15, 2015.
Posted by Deborah Kalb at 5:51 AM