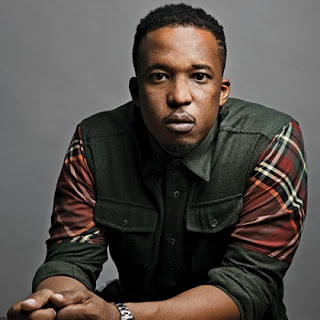 D. Watkins is the author of the new book The Beast Side: Living and Dying While Black in America. He is a columnist for Salon, and his work has appeared in a variety of other publications, including The New York Times and The Guardian. He is based in Baltimore.

Q: You write of Baltimore, “And even though I can easily walk through the two versions of my city, I’m still most comfortable in my origin. I’m not sure why we don’t mix, but I am sure that we never will.” Do you have any hope that this could change, and would this also hold true in other American cities?

A: As of right now, I don’t see a quick change. I think I’m responsible for trying to control the change I can, through literacy and reading. I don’t think somebody can wave a magic wand and it can all be Kumbaya.

But some things helped me to be able to view the two worlds: literacy skills, and communications. I’m working with young people now to create those skills [and change things for the future]…

Q: Do you think Baltimore is representative of other American cities in this regard?

A: Yes, a lot of cities have experienced racial disorders. Baltimore has, for sure. Other cities too. Poor people in general are not having access to what they deserve, and that creates divides.

Q: Did the death of Freddie Gray change this dynamic, or just bring an older dynamic more to the surface?

A: For us people who live in the trenches, it’s nothing new; it was business as usual. It’s the first time I can say we’ve received a lot of love from people outside our community to understand what we go through with police brutality… 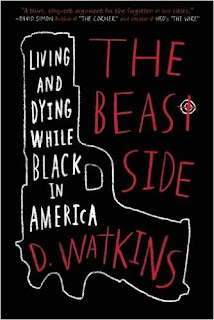 Q: Literacy and education are important themes in your book. What do you see as possible ways to improve the school system in Baltimore?

With kids right now, I try to focus on literacy, introducing young people to journalism, helping them pick that as a career path. That’s my job. I’m into personal accountability. If we really want to see [positive changes] in the schools, it takes a village. It’s bottom-up work.

Q: So the other 80 percent comes from the community, from the village?

A: The home and the community. We’re responsible for making sure kids are getting what they need….I started to realize that people benefit from the schools being the way they are—[those people] who do well when people go to jail...They are making money, and have no incentive to get off of it. The system works well for the people who created it…

A: In 2008, I didn’t really understand how the system worked. I thought, A black president! We’re going into a situation where black people are treated fairly!

I came to realize you can have a black president, a black mayor, a black police chief, but if people are operating within a system with historical oppression of certain types of people, we have to attack the system. If you lock up the cops who attacked Freddie Gray, there are [hundreds] more to take their place…

[Obama’s] legacy, when we look back, he’ll be considered a success because of the things he accomplished, with health care [for example]. But he’s catching a lot of flak right now. He pretty much did what he set out to do. We will look back on him as one of the great presidents.

You look at Congress, how ridiculous the Republicans are…regardless of what he brings to them. He could say, I’m going to donate [millions] to the Tea Party, and they would block him. I’ve never seen anything like this.

Q: Getting back to the issue of reading, in the book you describe your own awakening to reading, and the impact it had on your life. What do you think can inspire other young people to move in that direction?

A: One thing we all share is that everybody wants to be successful--since we’re little kids, the idea of social mobility and the American Dream. If it’s possible, we’re seeing half the truth. We need to develop other talents to make the dream a reality.

How do you develop these skills? Reading and critical thinking are the only way. I introduce it to young people like that.

When they come back with rebuttals, I come back with the consequences. Why didn’t you want slaves doing something as simple as reading? When you go into communities and ask young people what they’re reading, 98 percent say, Nothing.

You can have a dream, but you can’t get it if you don’t put the work in…I’m talking to everyday people who don’t read, and don’t understand books.

The purpose of [this] book is to spark a conversation…[for people] to begin to think about government, and police brutality, and do their own research. I consider it like starting points.

Q: You write, “In Baltimore, we’re all Freddie Gray.” Can you say more about how his death affected the city, and what you see looking ahead?

A: It had positive and negative effects. Some things went down with the unrest that were a little negative. But a lot of people enhanced their social relations a little, and had a chance to see our pain and our hurt, by devoting additional resources and showing up. There was some good and some bad.

I made a lot of connections. I know other people who linked with other organizations. I think it’s heading in a good direction. But this is not a short drive; we won’t get quick results. It’s going to take a lifetime. But if I ever have kids and grandkids, maybe they’ll see a better place. It’s taken hundreds of years to create, so we can’t fix it in a couple of years.

A: Overall, I’d like people to know what my purpose was. The Beast Side gives a glimpse into what people outside the community see on the news. From my side of the spectrum, it shows everyday people how important their story is, and [I hope] will get them to write their stories.