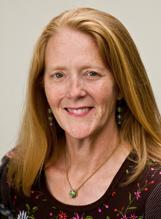 Virginia Pye is the author of the new novel Dreams of the Red Phoenix. She also has written River of Dust and Her Mother's Garden. Her work has appeared in a variety of publications, including The North American Review and The Tampa Review, and she lives in Cambridge, Massachusetts.

Q: Dreams of the Red Phoenix was inspired by your grandmother’s life story. How did her life compare with those of your characters?

A: On the one hand, she was in China during the Japanese occupation and raising a teenage son, so it’s very similar. She wanted to stay [in China].

What my grandmother did was, she stayed--during the Japanese occupation, after my father went off to college. She only left with Pearl Harbor. She always wanted to go back, but China closed and she was unable to.

It seems that the most exciting years of her life were the years in China. My character comes to life with the crises in China. Yet their characters are quite different. [The character] Shirley is a fictional person; her personality is fictional.

Q: What do you see as the right balance between fiction and history?

A: I never thought of myself as writing historical fiction. I had written a number of novels that were contemporary, that have not been published [that focus on] relationships between people in a crisis situation. 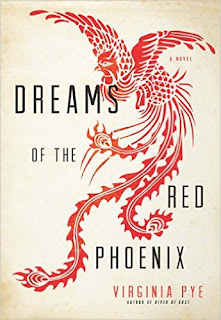 But with River of Dust and Dreams of the Red Phoenix, both are set in a historical period—I had to research, but I am not a historian. The books are character studies of Americans in foreign settings in that time.

A: I did some general background research, I read a number of Chinese histories of the period, I read a lot of biographies and autobiographies by and about people who were there at the time. I read biographies of warlords—my warlord is made up, but some facts were salient.

Q: River of Dust is also a historical novel featuring American missionaries in China. Did your writing process change from one book to the other, or remain more or less the same? 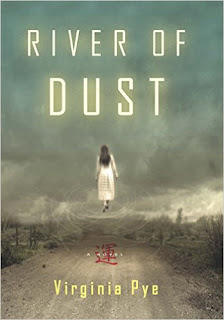 It came very smoothly; I was thrilled when I found a publisher. The next one, similarly, I had a fairly easy time with it. I had a good sense, having created River of Dust, and creating a landscape--I felt I could go back there with some confidence.

You get better at it the more you do it. In the later novels, I knew more what I’m doing with it.

Q: Did you know your grandmother’s life story growing up, or did you learn about it later?

A: She died when I was 6. We loved each other. I just heard occasional stories from her. Her life is not as well-documented as my grandfather’s. I never really considered that she was very young—25, a single American woman going to China…

Q: What more can you say about the third novel you alluded to?

A: It’s pretty much finished. I had worked on it for years. It’s called Sleepwalking to China, and it tells the rest of the story of this family. The third generation ends up in Vietnam, during the fall of Saigon.

The missionaries in the earlier part of the 20th century had a colonialist view. By the third generation, they had a very different take on the world. It’s the arc of what happened in America. 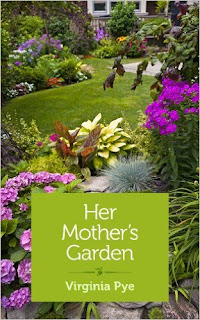 Q: Will you also go back to your contemporary novels?

A: There’s one in the works. It’s a contemporary story set in Richmond. I hope to write more about the South. I lived in Richmond for 17 years, though I grew up in the North. My mom was Southern. I’m a Northerner of Southern extraction. I raised Southern kids and moved back North—someday, I want to wrestle with all of that.

A: In college I was lucky enough to study with Annie Dillard. She was the one who told me I should write books. She said, You will write books for the rest of your life…

What’s really interesting about having someone who mentors you is that they tell you you can do something. She emphasized that I should always read the best writing I could get my hands on.

There are so many books we all have access to—I feel a little old-fashioned, but I think the classics last. In writing books about colonialism, I reread Somerset Maugham, Rudyard Kipling, Henry James. There’s reason why we admire these writers…

A: Shortly after I finished writing Dreams of the Red Phoenix, my life started to mirror the situation I had portrayed in my novel. No, I didn’t join a revolution, or find myself in the cross-fire of war.

But when my husband was offered a job out of state, I suddenly had a choice to make about leaving my 18-year-old son behind. In my novel, my protagonist tries to decide if her teenage son can manage without her, and that’s what I had to determine as well.

After much deliberation, I came to the same conclusion that Shirley had arrived at, though with no deadly drama involved, thank goodness. Like her, I realized that my son is a young man now, not a boy, and while he still relies on me in certain ways, he is independent and quite capable of making his own way in the world.