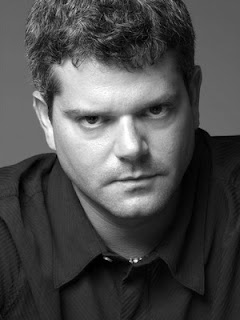 Shalom Auslander is the author of the novel Hope: A Tragedy, the story collection Beware of God, and the memoir Foreskin's Lament. He created the Showtime series Happyish, and his work has appeared in a variety of publications, including The New York Times and Die Zeit.

Q: You said a few years ago in an interview with The Rumpus, “I was raised to believe that, as a Jew, I had been born with a target on my back.” Do you still believe that, and does that idea affect your writing?

A: Unfortunately, to be alive – and human – is to have a target on your back. Someone, somewhere, is after you. I have the Jew target on my back. Others have the Muslim target, or the Kurd target, or the Brown Skin target or the Female target. 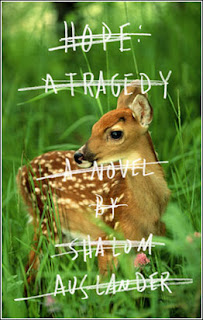 But obsessing about the target is easy. It doesn’t take great wisdom to sit around and tell each other, “We’re fucked, aren’t we? And we’ve been fucked for a long time. Nobody’s as fucked as we are.” It’s figuring out how to live a full life despite that target that’s the real trick.

Q: Several years ago, you wrote in an essay for Die Zeit, “A short while ago, after being together for almost 35 years, God and I went our separate ways. It wasn’t working out.” How are you feeling about religion now?

A: Well, there’s God and there’s religion. God is irrelevant (and I think God would agree with that). Real or imagined, alive or dead, Yahweh or Gaia; morality doesn’t require a God – if it does, that’s just fear. That’s just terror. That’s just doing what Don Corleone tells you.

Religion – as a force, as an institution, as the team sport that just won’t go away – that’s a problem. And it always will be. We’re God-making creatures, even when we don’t believe in The God – we have actor gods, writer gods, artist gods, political gods.

Q: You’ve written a memoir, short stories, and a novel, and created the Showtime series Happyish. What common themes do you see among these works?

A: That they were a lot of work for very little reward. Also, the struggle with existence, laughter as a way through the darkness, trying to maintain hope in a hopeless world, pornography, God, fear, death, language, philosophy, family, genocide, history, pain and various recreational narcotics. And my mother. Which is what the narcotics are for.

A: Samuel Beckett. I think that’s his name, anyway. I never read him, but if you want to be taken seriously as a writer, then you should always say Samuel Beckett, even if the question has nothing to do with him. 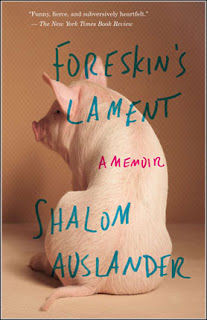 “Which comes first, story or character?” “Samuel Beckett.” Then they nod and say, “Oh, yes, yes, Samuel Beckett. I see what you're saying. You work like Samuel Beckett, right?” “Well who else am I going to work like?” And so on.

The other thing to do is to lie about how long you worked on your novel. If you have any hope of winning any kind of award, you have to say you’ve been working on it a minimum of 10 years. “Wow, okay. So were you writing that whole time, or was it off and on?” “Samuel Beckett.” Bingo: Pulitzer.

--Interview with Deborah Kalb. Shalom Auslander is participating in the Hyman S. and Freda Bernstein Jewish Literary Festival at the Washington DCJCC, which runs from October 18-28, 2015.