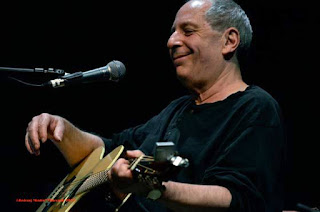 Steve Katz is the author of the new memoir Blood, Sweat, and My Rock 'N' Roll Years: Is Steve Katz a Rock Star? A founding member of the groups The Blues Project and Blood, Sweat & Tears, he also has worked as a record producer. He lives in South Kent, Connecticut.

Q: You write, "For me, Blood, Sweat & Tears was both a blessing and a curse." Why do you feel that way?

A: The blessing was that our music was accepted by a huge demographic - politically, geographically - both the young and the old loved our music, bought our records and came to our concerts.

It’s what you work for, and the only way it could have been achieved was through our recordings, which were hugely successful. It allowed our personal standard of living to jump leaps and bounds - from low rents to big mortgages - but it also gave us more artistic freedom.

The curse was that we lost many of our fans who didn’t believe that success was measured by how many hit records you had or how much money you were now making.

These were very political times, and, as a left-leaning “folkie”, I felt saddened by this loss, sort of like I was selling my soul to some capitalist devil. Our success turned out to be the ultimate irony. But, in retrospect, I wouldn’t have traded it for the world. 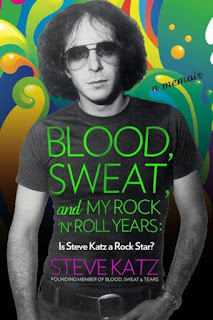 Q: In the book, you note that Blood, Sweat & Tears was defined as jazz-rock, "a label I never liked in the first place." Why didn't you like that definition?

A: I never liked labels. Labels pigeonhole you. They put you into categories. You never think of The Beatles as a “something”-rock group or the Stones as a “blues”-rock group (of course they had to be labeled something, so “brit-pop” seemed to have been the go-to phrase for the public).

We weren’t really a rock band or a jazz band. We never really thought of ourselves as something other than what we were - a contemporary music ensemble with a dollop of pop, jazz, classical, tin-pan alley, folk, etc.

Q: How was the book's title chosen, and how would you define a "rock star"?

A: The title was suggested by the sales department of Lyons Press. The irony is that, because I never considered myself a rock star, the publishing company thought that recognition of the name was key for the consumer - and they were right. The band Blood, Sweat & Tears was the rock star. I was just a part of it.

The term “rock star” suggests hit record notoriety and a lifestyle that consists of lots of women, drugs, booze, late nights, and a general “fuck you” kind of attitude that is then reflected in how the press conveys that image. I’d say I may have been halfway there.

Q: How was it to relive your experiences during the writing of the book?

A: It was fun. I can look back on the musical aspects now with the “luxury of hindsight”, but mostly with a sense of humor. The personal recollections were a little more difficult, but also cathartic.

It’s nice to be able to pack a lifetime of psychotherapy into one long essay without the aid of a psychiatrist. And think about all the money I saved. I love waking up every morning and going to the computer to write. The memories just sort of flow out of you.

Also, the idea of having an index is something I find wonderful in that, as I get older and lose more of my memory, I can open my book to the back and look up whatever I may have forgotten. Makes for less embarrassing moments at cocktail parties.

A: Trying to get Lyons Press to sell more books. Otherwise, planning on being in the Yucatan for our annual three months away from home where I will hopefully begin writing again.

A: Just that it’s been all fun so far - the book, the career, the life, the happiness that comes from playing and writing music. I think I’ve been really lucky.

--Interview with Deborah Kalb. Steve Katz will be participating in The Lessans Family Annual Book Festival at the JCC of Greater Washington, which runs from November 5-15, 2015.