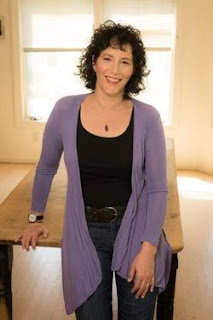 Michelle Brafman is the author most recently of the novel Washing the Dead. She also has written a short e-book, We Named Them All, and her work has appeared in a variety of publications, including The Washington Post and Tablet. She teaches fiction writing at the Johns Hopkins University, and she lives in Glen Echo, Maryland.
Q: Why did you decide to focus your novel on mother-daughter relationships?
A: I've always been fascinated by the emotional and spiritual ruptures that define us, and few rival the tear in the relationship between a mother and daughter.
That said, I started out writing a novel about my protagonist's break with her childhood best friend, the daughter of the rabbi of her Orthodox synagogue. Early on, I knew that Barbara Pupnick, my main character, would be exiled from her religious home as a result of her mother's indiscretion, and I figured I'd explore how this affected her friendship.
The maternal betrayal overpowered the friend storyline, and by refocusing the conflict, I could explore a rupture that transcended generations and threatened to wound Barbara's daughter.
Q: Religion plays a big role in this novel, and your main character, Barbara, struggles with her relationship to religion. Why was that a topic you chose to explore?
A: When I started writing the book, my kids were attending a synagogue preschool, and I was struck by the power and rhythm of ritual and community: morning services, sisterhood luncheons, and the hearses that periodically pulled up alongside the playground. 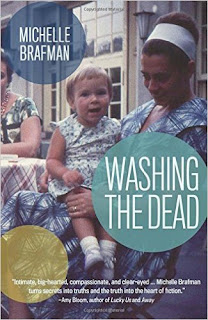 The hallway to the mikvah, a sacred ritual pool, was only steps from my children's "Puppy Room," conjuring my childhood fascination with the mysterious waters located in the basement of my synagogue and how much my early religious life shaped me. And so emerged a character who is glued together by a strict adherence to God's 613 commandments.
As writers, we create narrative tension by knocking our characters off balance and watching how they react. I wanted, therefore, to explore what would happen to Barbara if I tore her spiritual home from her during a particularly uncertain time of life, her final year of high school.
Would she careen out of control? How would she regain her footing? What would be the cost of living with a spiritual and communal void? What would she have to do to find her way back to her religious home? I suppose this circles back to my first answer. I write about ruptures of the soul and how they heal.
Q: How was the book's title selected, and what does it signify to you?
A: The title Washing the Dead operates on a literal and metaphorical level. The book is structured around three washings: two taharas, or burial washings, and one mikvah immersion.
The adult Barbara returns to her religious community when the rabbi's wife beckons her to perform a tahara on her beloved mentor, the woman who nurtured her after own mother disappeared. Performing this rite opens Barbara's heart in a way that allows her to take the first step in her journey back to her religious community and her mother. 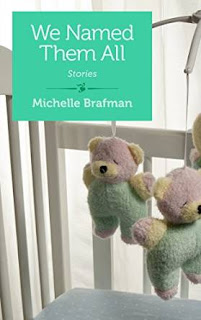 Further down the path, she realizes that she must forgive herself for her bitterness and the resulting desperate acts she committed during her exile. She immerses herself in the mikvah to cleanse her soul. Both rituals enable Barbara to "wash the dead" parts of herself and in turn heal.
Q: Did you know how the book would end before you started writing, or did you make many changes as you went along?
A: Eudora Welty said that "writing is an act of discovery," and through the drafting, I learned not only how the book would end but the resonance I wanted to achieve with the closing scenes.
Throughout an extensive revision process, the events of the ending never changed, yet I struggled to make the characters' final actions cohere and therefore convincingly convey the themes of redemption and renewal that I hoped would arise from the book.
Q: Which authors have inspired you?
A: George Eliot, Dorothy Allison, E.B. White, Alice Munro, Isaac Babel, David Grossman, Faye Moskowitz, Isaac Bashevis Singer, Rebecca Brown, Amy Bloom, Mary Gaitskill, Andre Dubus, James Baldwin, Tillie Olsen, Grace Paley, Wallace Stegner, and many more.
Q: How have readers responded to Washing the Dead?
A: I’ve been thrilled with the response to Washing the Dead! I’ve had the chance to speak quite extensively at book stores, universities, book clubs, sisterhoods, literary festivals, libraries, synagogues, and elsewhere.
Readers first want to know if the story is autobiographical. It is not. The details of Barbara’s life do serve as rich soil to discuss the broader themes of the book, including mother/daughter relationships, family secrets, forgiveness, spiritual journeys, and the role of ritual in redemption and healing.
Members of burial societies offer thanks for my having portrayed the tahara with reverence, although in keeping with the anonymity of the mitzvah, they desire no personal recognition for their deeds.
A surprising number of Jewish and non-Jewish readers have shared powerful stories about washing and shrouding their own parents, and I’ve learned a great deal about different cultures’ burial rites.
I love hearing these stories as well as visiting book clubs and listening to readers debate Barbara’s choices and often, share their own stories about the abovementioned themes. I’m very grateful for this level of engagement in Washing the Dead.
Q: What are you working on now?
A: I am working on my second novel, which is set amidst the backdrop of a summer swim league. On the surface this seems like a very different book, but I'm still writing about the ruptures secrets cause and how they can be mended with love and a burning desire to understand a family history. And once again, I'm writing about water.
--Interview with Deborah Kalb. For a previous version of this Q&A, please click here. Michelle Brafman will be participating in The Lessans Family Annual Book Festival at the JCC of Greater Washington, which runs from November 5-15, 2015.
Posted by Deborah Kalb at 5:36 AM