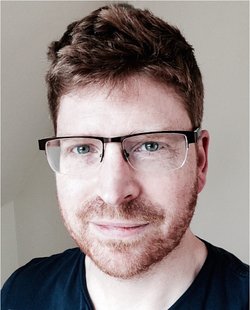 Tom Jackson is the author of the new book Chilled: How Refrigeration Changed the World and Might Do So Again. He has written many other books, including science volumes for the DK Eyewitness series. He is based in Bristol, U.K.

Q: How did you come up with the idea of writing about the history of refrigeration?

A: The starting point was the contradictions behind the kitchen fridge: It’s a very mundane thing; we’ve all got one, but it does something rather amazing – it is working against the rest of the universe, pushing heat in the opposite direction to the natural flow.

So that is where I started – how did we figure out how to do this, what did we do before, and why did it take so long?

The result is rather an epic story. We’ve been using heat for many thousands of years but we only got a proper handle on cold about 100 years ago.

And of course the story continues because refrigeration is not just about food – it is about medicine, rockets, superconductors and many other things we might not associate with being able to make things cool. 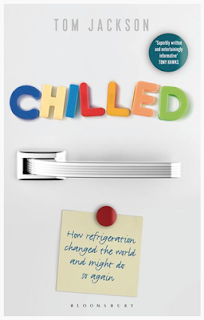 Q: You write that "the refrigerator should be hailed as humanity's greatest achievement." Why is that?

A: My goal was to elevate refrigeration to the same level as inventions such as the wheel, transistors, printing presses – the kinds of thing that are understood to have transformed the world.

And I put it at the top of the list not just because of the tremendous, centuries-long struggle to figure it all out, but also for what it might be used for in the future. You’ll have to read the book to find out what.

Q: In the book, you note that it took a long time for the refrigerator to be invented. Why was that, and what were some of the key steps along the way?

A: The idea that hot and cold are two sides of the same coin is second nature to us now, but it was far from obvious to our distant ancestors.

Figuring out what cold was – and what heat was – formed a central foundation of physics, and it took a long time with many great careers devoted to it and several wrong turns before we got it right.

Some of the key steps were the discovery of frigorific mixtures (liquids that can be supercooled), the invention of vacuum pumps and thermometers, the link being made between motion and energy of all kinds, and the simple idea of transporting ice from the cold north to the hot south.

A: It’s a question of drawing in several strands of knowledge and discovery from throughout history and then finding the links between them. Those links are the best bits, and many are very pleasing to find. They are too numerous to mention but it is very satisfying – to me at least  – that they consistently pop up in the histories of science.

A: I work on a wide range of projects in different roles for publishers all over the world, writing and developing products of adults and children alike. I’m currently working on projects to do with genetics, a history of numbers, the story of computing, and even a book on life and death!

A: You can hear me discuss Chilled with Joel Higgins of Booktrib here.