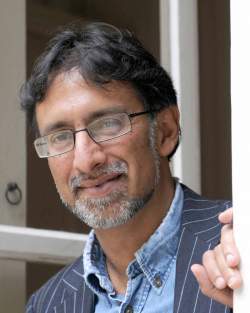 Sudhir Hazareesingh is the author of the new book How the French Think: An Affectionate Portrait of an Intellectual People. His other books include The Legend of Napoleon and In the Shadow of the General. He is a fellow of politics at Balliol College, Oxford, and he lives in Paris and Oxford.

Q: You write, "All great nations think of themselves as exceptional. France's distinctiveness in this regard lies in its enduring belief in its own moral and intellectual prowess." How did this belief come to be, and how does it manifest itself today?

A: French universalism has its historical roots in its Catholic tradition, in the golden age of classicism in French art and literature, which also coincided with the absolute monarchy of Louis XIV: this was the era when French language and culture were dominant across Europe.

From the Enlightenment onwards this cultural power also expressed itself through philosophy: France became the primary source of republican and revolutionary ideals about liberty and equality, which spread across the world.

This tradition is still alive today in the French way of thinking about citizenship, which stresses the importance of common values and active engagement with the public realm. After the attacks on Charlie Hebdo in January 2015, four million men and women took to the streets across France. 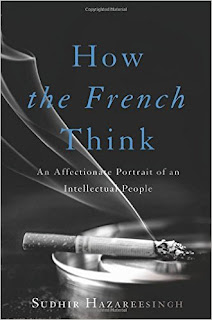 ‪Q: In the book, you discuss the importance of the salon. What role did the salon play in the development of French intellectual life?

A: The salon was a privileged arena for the development of cultural and philosophical ideas, particularly in the 18th century.

In a time when critical political ideas could not always be expressed openly, the salon provided a safe space where intellectual interaction could take place. It also gave openings to social groups that did not enjoy all the privileges of the ancien régime (the bourgeoisie, women).

In this way, the salon was potentially a subversive forum, which contributed to the breakdown of the legitimacy of the old order, and thus indirectly to the 1789 Revolution.

Q: Your book covers several centuries of French intellectual history. What would you say are some of the major themes that run through that entire period?

A: My main aim, as the title states, is to try and give an account of how the French think – in other words, to examine the style, the rhetoric, the discursive conventions and the intellectual techniques that are especially associated with French thought. 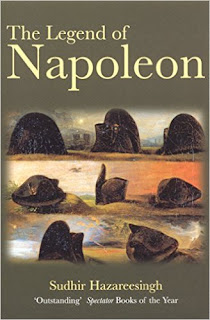 These continuities are striking, from Descartes to Derrida: the fascination with rationalism, and with abstractions; the cult of the universal; the fetish for the imagination; the love of binary oppositions (good and evil, left and right, progress and decadence); the contempt for materialism; the penchant for paradoxes; and the absolute passion for metaphysics, and for essentialist arguments.

‪Q: You describe the recent turn toward pessimism in France, highlighted by the horrible attacks last January. What do you see looking ahead for France?

A: The French are currently in a gloomy state, and there are concerns about the decline of the nation’s place in a globalized world and worries about the social cohesion of the country.

But a lot of this anxiety stems from the state of the French economy, which has been sluggish in recent years. If there is a return to growth, and the presidential elections of 2017 produce a new and more dynamic political leadership, collective attitudes can change quickly.
‪

A: I have been in Paris for this past month, promoting the French version of the book, which has also just been published. It has been very well received but the schedule has been quite intense, so it has not left me much time to do anything else! 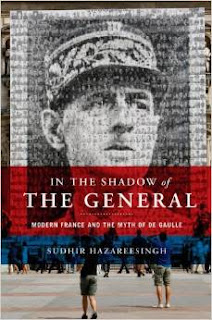 A: In this journey through the universe of modern French thought, there are some surprising encounters: I have a chapter on the French love of spiritualism and the occult, for example.

And this is not only a big and serious book about French thought: it is also playful and humorous, and paints an affectionate portrait of the French people, and their intellectual habits. So it is a book which readers will hopefully find both interesting and enjoyable!