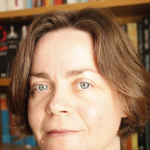 Kathryn Harkup is the author of the new book A is for Arsenic: The Poisons of Agatha Christie. A chemist, science communicator, and Agatha Christie fan, she lives in Surrey, U.K.
Q: How did you come up with the idea for this book, and have you always been a fan of Agatha Christie's work?
A: I’ve been a fan of Agatha Christie since I started reading her books when I was a teenager. I loved the gentle humour, Poirot’s idiosyncrasies and the fiendish puzzles that Christie set.
After doing a Ph.D. in chemistry I became interested in poisons and how some compounds could cause such devastating damage to the human body in minute quantities. At the time I was working in science outreach and school students loved being told the grisly details of poisoning.
When I was asked to write a popular science book the topic of poisons seemed a good choice and, if you are talking about poisons, then Agatha Christie is the obvious person to link these tales of murder and stories of science. No other author used so many poisons, so often and with such accuracy as the "Queen of Crime," Dame Agatha Christie.
Q: You write that Christie had an "exceptional" knowledge of poisons. How did her work in the First World War help her gain this information, and why did she decide to write about poisoning in so many of her mysteries? 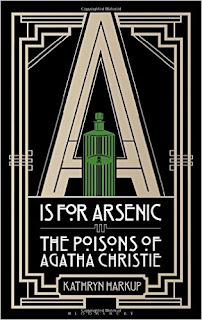 A: Christie volunteered as a nurse in the First World War but when working in the hospital it was suggested she might like to work in the dispensary. She had to study chemistry and pass examinations to qualify as an Apothecaries’ Assistant.
At the time almost all medicines, pills, creams and tonics, were made up by hand which required considerable knowledge and skill. Pharmacists had to prepare prescriptions in the appropriate dose and not to mix dangerous combinations of drugs.
On top of this specialist knowledge, the drugs available in the first half of the 20th century are very different to what you would see on a chemist’s shelves today. Compounds like strychnine and arsenic were still in use as medicine at the time.
A staggering variety of drugs, that were known to be toxic in relatively low doses, would have surrounded Christie as she thought up a plot for her first detective story.
With her background knowledge, and a life-long interest in poisons and toxicology, Christie was able to use a variety of compounds in a range of unusual set-ups to give variety to her poison plots.
The different symptoms could be used as clues and her knowledge of drug combinations meant she could manipulate timelines – all useful tricks when devising alibis and red herrings.
Q: How did you research the book, and what surprised you most in the course of your research?
A: I read all of the Agatha Christie books and made detailed notes of any mention of poisons I could find. If any character was looking a little off-colour, or complained of a funny taste in their tea, a bookmark went straight onto the page.
I also read books about Christie as well as textbooks and popular science books on forensics, toxicology, real-life murder cases and poisons.
What surprised me most was the huge number of compounds Christie made use of. She killed around 100 characters with over 30 different poisons during her career.
The accuracy is also very impressive. Christie did make mistakes but they are very minor and completely understandable given scientific knowledge at the time she was writing.
Q: Do you have a favorite Agatha Christie mystery?
A: Tough question. I could probably narrow it down to five. And Then There Were None for an ingenious idea brilliantly executed. The Murder of Roger Ackroyd for the twist at the end. Five Little Pigs for perfect plotting and integration of poison symptoms. The Pale Horse for its notoriety in possibly inspiring a real-life poisoner but also saving the lives of two poison victims. And finally, Why Didn't They Ask Evans? for pure enjoyment.
Q: What are you working on now?
A: I'm still enjoying talking about Christie and poisons at various events. But, I have signed for another book so I will have to move on from killing people to resurrecting them.
This time I'm writing about Mary Shelley and the science that inspired her first novel, Frankenstein. There is going to be a lot of reading up on body snatchers, electrical experiments and frogs. I'm really looking forward to it.
Q: Anything else we should know?
A: Don't try this at home.
--Interview with Deborah Kalb
Posted by Deborah Kalb at 6:51 AM