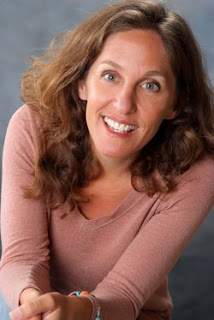 Laura Nicole Diamond is the author of the new novel Shelter Us. She also has edited the anthology Deliver Me: True Confessions of Motherhood. She is a civil rights lawyer, and was editor in chief of L.A. Family Magazine. She is based in the Los Angeles area.

Q: How did you come up with the idea for Shelter Us and for your main character, Sarah?

A: The way I came up with it was very organic. I have lots of demographically superficial qualities in common with Sarah. I was writing it in 2008, and my boys were 4 and 7.

What I’d been writing was more vignettes, true-life stories, a blog, an anthology. I was very much writing about motherhood experiences, the daily travails of a former lawyer, stay-at-home mom, living in Pacific Palisades.

Those [were similar to Sarah]—the professional background, the setting, the age of the kids—although my kids are now 14 and 11, and very much not the same age as Sarah’s kids.

But I never suffered the same trauma she did [of losing a baby]—but I had the universal fear of all parents that the worst could happen. It motivates so much of what we do—drawer locks, gate barriers, cutting grapes in half. Why? Because we’re afraid, we’ve got to keep these beautiful creatures alive. 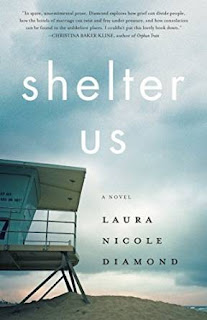 That’s where she came from—that’s the underlying emotional world I decided to explore. She was what I had, but I didn’t have a story. When I began, I didn’t know she had an infant who died. She was in a funk, she was doing her best, and struggling. This element came out, and I thought this really explains it.

At the beginning, I wanted to write about a character like Josie, [another character in the novel,] who through circumstances is homeless in a non-stereotypical way. I had been volunteering with an organization that helps homeless families.

I had a chance to speak with the clients, and one in particular, a single mother with a 14-month-old girl, my younger son was the same age. She was all alone in the world; I had a complete support structure. I’d know [things] would be OK, but she didn’t have that.

I wanted to write about a person like her, to humanize the face of homelessness. I had to figure out how to get Josie and Sarah in the same story.

Q:  What was the process by which you accomplished that?

A: One thing I find very hard is plot. My writing is more character-driven. I would approach it as, “Let’s see what develops today.” I had worked in downtown Los Angeles, and it struck me that one way they could meet was some sort of outing. 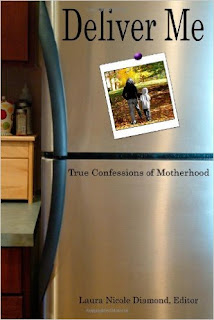 Where I live now, Pacific Palisades, homelessness is now really increasing. You didn’t use to see homelessness in this town. The neighborhood is geographically isolated, up on a cliff.

Now, if I were writing the story, I would be able to have Sarah walk out her front door and go to the local public library and meet a young homeless woman. It says we’re not doing well with the effort to make strides with homelessness….

Q: I was going to ask you whether you plotted out your book, but it doesn’t sound as if you did.

A: That’s right. As a huge reader and lover of novels, attending author talks, I’m always the person asking, What’s your process? I hear there are plotters and pantsers, who write by the seat of their pants.

For me, I didn’t know the way the story should go. I never was a kid making up stories, but writing about scenes I’d lived was something I was used to writing about.

It was not my intuitive way to go, setting out an outline. I was happy when I heard authors say, I don’t know which way it will go.

I’m starting my second novel, and I have more of an idea of what the story is. It’s fun to try a different way, but it’s still really hard. My writing is more alive when I don’t know [what will happen next].

Q: Can you say more about the second novel?

A: It’s about human trafficking and modern-day slavery.

Q: How did you pick the title "Shelter Us," and what does it signify for you?

A: It came very quickly with the last one. "Shelter Us" is from a very ancient Hebrew prayer, Hashkiveinu. There’s a song, "Shelter Us," adapted from it. We would sing it at summer camp when I was a counselor, and it brought me to tears. It’s in the book, it’s the song Sarah sings to her children.

I think about why it resonated so deeply with me, why it made [me as] a 19-year-old cry—I was learning how ancient this particular prayer was. It’s a very primal longing to survive the night and be protected.

As a mother, it resonated even more—[the idea of] bringing protection to children…it’s a desire for us, as a kid, or an adult, for protection we know it’s not necessarily ours to avail ourselves of, but we want it anyway.

For Josie, it’s a more tangible, concrete need for shelter…