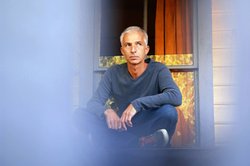 Rupert Thomson is the author of the new novel Katherine Carlyle. His many other books include the novels Secrecy and The Insult. He lives in London.

Q: How did you come up with the idea for your character Katherine?

A: I didn’t “come up with” Katherine. She was just suddenly there…

My books are usually in my head for a while before I write a single word. They develop organically. Not in this case. I finished a draft of my memoir on a Tuesday evening in 2006. On Wednesday morning I started work on the novel that would become Katherine Carlyle. I honestly hadn’t been aware of it until that moment. It seemed to come from nowhere.

Q: Why did you decide to incorporate the theme of IVF (in vitro fertilization) into this novel?

A: Like Katherine, IVF was part of the book from the beginning. Katherine, and the miracle of her conception, were inextricably bound up with each other. Without IVF, in fact, there wouldn’t have been a book at all.

My daughter is an IVF baby. My daughter was also frozen as an embryo, though only for three months, [which is likely] where the idea for the book originated. 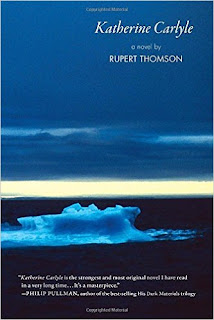 When my wife and I entered the world of IVF in 1999, I was intrigued - and also baffled - by the science. I didn’t entirely trust it. I sometimes felt I was in Frankenstein territory.

In fact, an early title for the book was Frankenstein’s Daughter, and if I shied away from that title at the last minute it was because I thought it gave the wrong impression. Katherine Carlyle doesn’t belong to the horror genre.

But it was this fascination – and this fear – that gave me the central conceit of the book. Katherine is a character who takes the unique circumstances of her conception and uses them as a metaphor for what has happened to her in her life. She is someone whose pre-existence comes to haunt her real existence.

Q: A father-daughter relationship is one of the major focal points of the novel. Why did that dynamic interest you?

A: When my wife became pregnant in 1999, my one great hope was that we would have a girl. I always longed to know what a father-daughter relationship was like.

The love between a father and a daughter is not like any other love. There have been so many extraordinary moments. When my daughter was six or seven, she went through what I called her “femme fatale” stage. “My darling, I love you so much,” she would cry, and drape herself over my arm so that the tips of her hair touched the floor.

I have an image for how my daughter’s arrival in the world has affected me emotionally: I feel like a house that has been miraculously extended, with all kinds of new rooms that I couldn’t possibly have imagined. 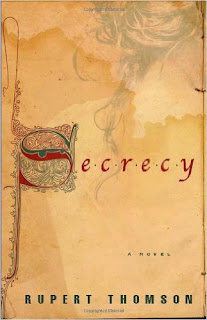 But there is another reason why I wanted to have a daughter. My mother died when I was 8. After that, it was just me, my father, and my two brothers. I was sent away to a boys’ boarding-school when I was 10. Even Cambridge University was largely male when I went there. For the first 20 years of my life, in other words, I was surrounded by men.

When I graduated, one of my first thoughts was that, for the next 20 years, I wanted to be surrounded by women. Of course it’s not as easy as that. In the last few years, though, something intriguing and completely unexpected has happened. All my ideas for novels seem to be either driven or narrated by women. Katherine Carlyle is narrated by a woman. So is my next novel (see below).

A: I write the first draft of all my novels in the same way – flat out, and free of all restraints. It’s a headlong plunge into the unknown, with no structure, no plan, no end in sight.

The poet W.H. Auden was once asked if it was true that you can only write what you know. “Yes,” he said, “but you don’t know what you know until you write it.” My sentiments exactly.

And there is nothing more exciting than writing into your own apparent ignorance. The journey is always unpredictable. There is risk, exhilaration, mystery, and panic. There is also – hopefully - the discovery of something that feels recognisable, and yet at the same time completely new. 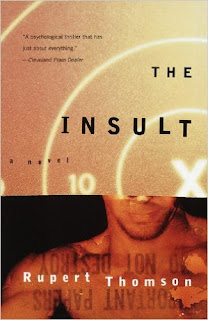 I go through as many as 10 complete drafts on any given book. While my first draft might be 100 percent intuitive – German film director Wim Wenders describes his screenwriting as “like flying blind without instruments” - my final draft is 100 percent rational.

By the end I am trying to be my own most ruthless critic. Only at that point will I show it to somebody else. And it is only when the book is done that I can look back and begin to understand what it is that I have written.

A: Like most writers of fiction, I’m superstitious about giving too much away. All I can say is, I’m currently working on the third draft of a novel that is, as they say in the movies, “based on a true story.”

The protagonists are two iconic and courageous women who were born in France in the 1890s. They were lovers, artists, and political activists - ahead of their time in all kinds of ways. The book I’m envisaging has all the ingredients – love, art, and war.

A: Firstly, a few words from Gustave Flaubert, which I have never forgotten: “Words, like hair, shine with combing.”