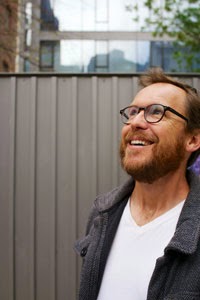 Christopher Noxon is the author of the new novel Plus One. He also has written Rejuvenile. His work has appeared in a variety of publications, including The New Yorker, Details, and The New York Times Magazine, and he lives in Los Angeles.

Q: How did you come up with your main character, Alex?

A: Alex is a warped-mirror reflection of myself -- he and I have a lot in common (both L.A. dads, both married to TV writers, both raised by lesbians) but we differ in crucial ways.

He's way more insecure -- unlike Alex, I have a career/creative calling that gives me something clear to say when asked what I "do." He's a lot crazier too -- he acts out in ways I never have….

Alex and I both have wives who work crazy hours, so we're tasked with taking care of stuff at home. Unlike Alex, I've mostly made peace with this reversal of the traditional roles.

Also unlike Alex, I feel a deep calling to write -- Alex also writes (he begins and then aborts a punk rock memoir in the novel), but his writing is all about recapturing some younger, wilder and more independent part of himself.

I write because, as the saying goes, I can't not. When I'm not writing, or procrastinating on a project, I feel awful. That can hurt, but the sense of calling has given me the sort of purpose and satisfaction Alex is missing. 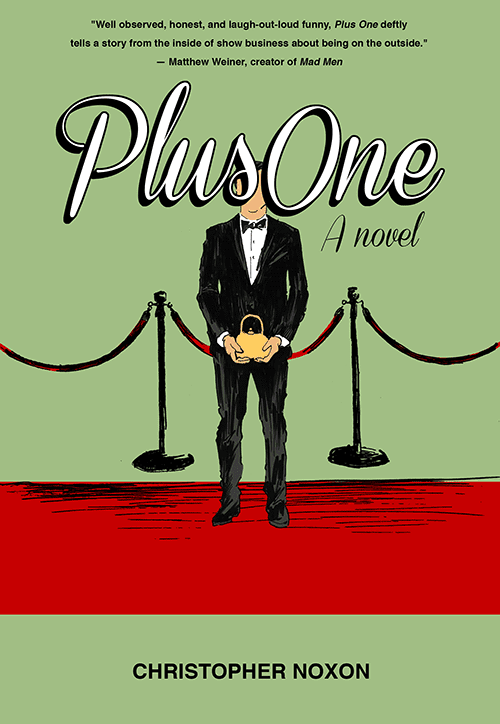 Q: Plus One looks at gender roles within a marriage. What do you hope readers take away from your portrayal of the Sherman-Zicklin family?

I hope readers are left with a deeper understanding of the inner lives of caretaking men and breadwinning women. Specifically, I hope readers confront stereotypes they have about men who've off-ramped their own careers to look after their family.

Just because a dad stays at home doesn't necessarily mean that he feels emasculated and bitter deep down. Some guys are, but the assumption that men simply aren't wired to caretake can actually create the very insecurity and hostility people associate with caretaking men.

In the novel, Alex wrestles his own male ego as he becomes a householder -- my hope is that following along as he stumbles through this territory gives men and women insights into their own families and the roles we play.

Q: Your novel takes place in Los Angeles. Could the same dynamics play out elsewhere, or is this an only-in-L.A. story?

A: I'm a lifelong Angeleno and really wanted to write an "L.A. book," but I don't think the story is specific to L.A. Men and women deal with the same pressures all over -- I hope this story appeals to readers everywhere grappling with what it means to play a support position in a family. If anything, I hope the L.A.-specific quirks and bizarre details enhance that universal story.

Q: What are some of your favorite books set in L.A.?

A: Too many writers fall prey to the glitzy, cynical, glam stereotype of L.A. Here are five books set in L.A. that to my mind depict the city authentically:

My favorite L.A. book isn't a novel -- Mike Davis' City of Quartz, which I think about more than probably any other book.

A: I've started work on a third book, but I really don't know what it is yet. Unlike the last two books, I'm writing this one without an outline and without a clear sense of where it's heading.

I did a workshop last year with one of my literary heroes, Meg Wolitzer, who writes the same kind of (her words) "unhinged domestic dramas" I aspire to create.

Among the incredible pointers she offered was this: when you start work on a new novel, pour all your highest aspirations and craziest loftiest goals into the first 80 pages. Don't worry about where it's going, what genre it is or any of the self-conscious stuff that consumes most writers as they work.

When those 80 pages are done, look at it with the cold eye of a New York editor and THEN decide what it is and do all your plotting and planning. Because often what you think you're writing is entirely different that what you've got inside -- and you'll only know after you've gotten through a good chunk of it.

Why 80 pages? Because if it turns out that what you've done is not so good, you can chuck that into the bin and not feel like you've suffered the sort of catastrophic blow that novelists feel after toiling for years and years on a book that isn't anything like all their best-laid plans. I'm doing my 80 pages. So far so good. Wish me luck.