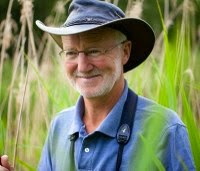 Nick Davies is the author of the new book Cuckoo: Cheating By Nature. His other work includes Cuckoos, Cowbirds and Other Cheats. He is professor of behavioral ecology at the University of Cambridge, and he lives in Cambridge, England.

Q: How did you first get interested in studying cuckoos, and what is especially interesting about their actions as parents?

A: 1. I became interested in science from a passion for bird watching. When I was a student I often cycled out to the fens just north of Cambridge. It was here that I got my first sight of a pair of reed warblers feeding a common cuckoo chick in their nest.

This must be one of the most extraordinary sights in the natural world. The cuckoo chick was enormous, some five times the size of the warblers, yet here they were busy stuffing it with food, just as if it was one of their own chicks. Why, I wondered, were they being apparently so stupid?

The common cuckoo, Cuculus canorus, is Nature's most notorious cheat. It never raises its own young. Instead it lays its eggs in the nests of other birds, just one egg in each host nest.

Soon after hatching, the cuckoo chick ejects the host's eggs and chicks, by balancing them on its back, one by one, and heaving them over the side of the nest. So the cuckoo takes sole command of the nest, and the hosts have lost everything.

In theory, then, there should be an evolutionary arms race: hosts should evolve defences against cuckoos, for example by ejecting cuckoo eggs from their nests, and cuckoos should evolve better trickery in response, leading to co-evolution as both parties improve their adaptations to out-wit the other. I wanted to test whether this was going on by field experiments. 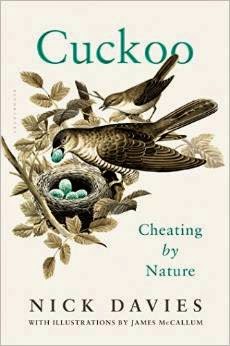 Q: You write that in your experiments, you and your colleague “realised that the best way to do [the experiments] was to become cuckoos ourselves.” How did you go about this?

A: We made model eggs, the same size as real cuckoo eggs, painted them various colours and with various patterns, and placed them in host nests to see how the hosts responded.

We found that many small birds rejected an egg that differed from their own eggs in colour or pattern, by throwing it out of the nest, but they accepted a model egg that resembled their own eggs.

This explains why cuckoos have evolved mimetic eggs, namely eggs that look like their host's eggs. The evolutionary outcome is several, genetically distinct, races of the common cuckoo, each of which specialises on one particular host species and lays an egg type that tends to match the eggs of its host.

Our experiments revealed that to succeed, cuckoos had to combine wonderful egg mimicry with secretive laying. When we placed a taxidermic mount of a cuckoo by the host nest, this alarmed the hosts and alerted them to increased egg rejection.

This explains why cuckoos are so incredibly quick when they lay. Their visit to the host nest is often just 10 seconds!

Q: What did you discover in your research that particularly surprised you?

A: We were surprised that hosts had such strong defences against eggs unlike their own, yet they accepted the cuckoo chick, even though it differed so much in appearance  from their own chicks.

Our experiments revealed that the common cuckoo has a remarkable begging trick, namely a high-pitched and rapid begging call that sounds like lots of hungry host chicks.

When we used little loudspeakers to broadcast recordings of this call next to the nest, the hosts increased the rate at which they brought food. So the sound of the cuckoo chick tricks the hosts into treating it like a brood of their own.

Q: Where is the cuckoo located, and why is it in decline?

A: The common cuckoo breeds across the temperate Old World, from Western Europe through central and northern Asia to Japan. Those breeding in the west of this range winter in sub-Saharan Africa.

In the book I show how recent satellite tagging has led to the discovery of their wintering grounds and remarkable migration routes.

In many parts of Europe, cuckoos are declining. For example, numbers in lowland Britain have halved over the last 50 years.

We don't know why. Likely causes are habitat loss and less food in the breeding range, but cuckoos might be having increasing trouble on migration and in winter quarters, too.

A: Our experimental studies show that some hosts are well aware of the recent cuckoo decline, because they are reducing their defences against foreign eggs. We are now investigating how the hosts are tracking this change in cuckoo threat.

A: I hope my book shows what a truly remarkable bird the cuckoo is, and how its trickery has evolved in response to host defences. The decline in cuckoos is just a symbol of our diminishing natural world. With the loss of the cuckoo, we would lose not only our harbinger of spring, but one of the most amazing examples of natural history on earth.