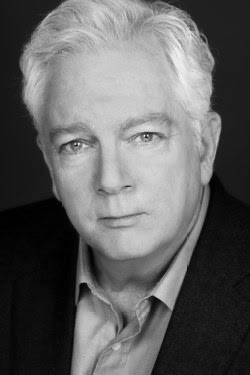 Michael Shnayerson is the author of the new book The Contender, a biography of New York Governor Andrew Cuomo. Shnayerson's other books include Coal River and Irwin Shaw. He is a contributing editor to Vanity Fair.

Q: Why did you decide to write a biography of Andrew Cuomo?

A: I think most politicians haven’t got edges. They’re worn smooth. They are genial to everybody; they don’t betray their darkest moods; they try to govern by being nice. Andrew is not that way—he’s got a lot of rough edges, a lot of people feel impatience, even hostility, from him. I think that’s very intriguing.

He comes to this stage of life with an enormous amount of experience, more than most people—what did Obama have when he ran for president?...Andrew has 35 years’ experience—that makes him an intriguing politician and someone worthy of a biography, whether or not he runs for president.

Q: Do you think he will?

A: Not this time. When I started the book, I hoped he would. I was not alone in thinking he would—he had a very good first year as governor, with same-sex marriage [legislation passed] and other things….

Now it would be a near miracle if he ran for president. Only months ago we witnessed the e-mail debacle. Whether or not one is a fan of Hillary, it’s clear these things happen with her…and others could jump in.

Assuming that doesn’t happen, Andrew could be a contender in 2020. A Republican could win in 2016—Americans tend to get tired of whatever party [is in power], and if the Republican ends up alienating a lot of people, there would be Andrew Cuomo, looking pretty good. 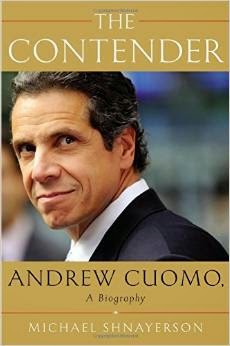 Q: You mentioned his being a contender, and that’s the book’s title. Why did you choose that?

A: I actually had another title originally, "The Son Also Rises." It was kind of cute, and it worked in a way, but I came to feel it was a little hokey. "The Contender" [worked] because by then there were doubts about whether he’d run, and I couldn’t call it "The Candidate." It could be "The Contender" whether or not he was actually running.

Q: One chapter is called “The Enforcer.” How did Andrew Cuomo serve as his father’s enforcer when Mario Cuomo was governor, and how would you describe the relationship between the two?

A: The relationship between Mario and Andrew is sort of the heart of the book. As a storyteller, I’m drawn to fundamental elements, and father and son is always [central] to a family story. The father becomes governor, and then the son becomes governor of the same state. You know that relationship has got to be central to the story.

My reporting suggested that it was a more complicated relationship than the Cuomo camp would have one believe. Andrew admired and loved his father. His father set a very high standard for his son—[he was] a tough second-generation immigrant father, and also very absent for most of the time. Andrew was the man of the house with his younger sisters. My sense is that Andrew revered and resented his father, and came to feel competitive with him. 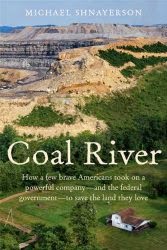 The Enforcer chapter [deals with] when Mario becomes governor in 1982 and takes Andrew into the government as his “dollar a year” man. With nepotism, [Andrew] couldn’t work for a salary, but he could be his [father’s] right-hand man and be his enforcer. His father had personal charm; he wouldn’t necessarily show you the hard edge, but might delegate tough tasks to his son.

You can see the relationship between President Jack Kennedy and his brother Bobby…Bobby always was delivering the bad news. Andrew did that for his father. That’s why he was the enforcer then. Most people would find the description apt.

Q: You begin the book with a description of Cuomo’s signing of a same-sex marriage bill in 2011. Why did you choose to start that way?

A: Because it was his finest hour. You want to make a case for why the reader should be interested in this person. Andrew did something quite magnificent. He twisted people’s arms or charmed them into voting. It was real statecraft. 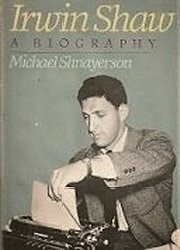 I would like to see Obama do more of [that]. Obama doesn’t get down into the legislature, or have senators over for drinks. Andrew is that old-style political wrangler. It establishes the way he works and how successful it can be.

Also, it’s one thing he’s done with national reverberations. Only a handful of states had voted for same-sex marriage, and the president himself kept talking about his evolving views toward same-sex marriage.

I thought, here’s something Andrew’s done that made him a national figure, that had national consequences—other states fell in line and the president [supported same-sex marriage]….

Q: Has the governor read the book?

A: I have no idea. There have been a couple of little grumbles from the administration. I think it’s quite possible he’s not that upset. He’s a very suspicious guy. For the three years I was working on it, he expressed a lot of concern [that it could be] a smear job—it’s absolutely not that. You do end up with a portrait of Andrew that’s not entirely positive, but still somewhat sympathetic. So I don’t think he’s necessarily that upset.

Q: Are you planning another book now?

A: I hope to get into a book; it probably would be another political subject. Politics are very fun to write about. The epigraph at the beginning [from former New York State Assembly Speaker Mel Miller] says politics are all about hate and revenge. It’s a bit melodramatic, but I like it….