Rachel Holmes is the author of the new biography Eleanor Marx: A Life. Her other books include The Secret Life of Dr. James Barry and The Hottentot Venus. She lives in Gloucestershire, England.

Q: Why did you decide to write about Eleanor Marx?

A: I always wished I had a really pat answer, but I have to be honest—as happens with all my biographical subjects, she came and tapped me on the shoulder…

By the time the book was out, she was speaking to so many current political, economic, and human rights issues. It made it look as if I was very clever, but I started the book seven years ago! Friends said, Eleanor who? Was she the daughter of Groucho?...At that time, she looked like a pretty unfashionable subject…

But as it turns out, you realize as a writer why you’ve chosen the subject. You discover why—she’s very familiar. She’s like us….she reminds us how far we’ve come, and how far we have to go.

Q: What surprised you most as you researched the book?

A: One was…the quality of her mind, how brilliant her understanding was of how art and theater could anticipate social change in politics. When she saw Ibsen, she understood what that meant.

The other thing, she was so well known in her time, not just to the left but to the right as well….[and] she was really well known throughout Britain, and Europe, and other countries where social democratic movements were emerging. [Despite this] she fell away from the historical record. People say, Why have I not known about her?

Another thing that struck me was how diverse and open British culture was in that part of the 19th century…Britain was full of migrants, political exiles and refugees, bringing languages and different cultures…. 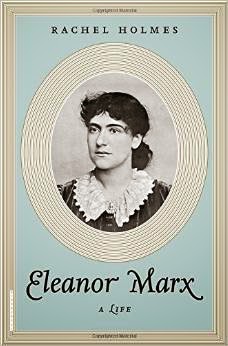 Q: You quote [her father Karl] Marx as saying, “Tussy [Eleanor’s nickname] is me.” How would you describe the relationship between her and her father, both personal and political?

A: Politically there is a great affinity. Where I am distinctive and diverge from other scholars is [I argue that] she was much more challenging to her father’s views. They mix up the personal relationship—she was a put-upon Victorian daughter. He wanted to save her from what happened to [her sisters, with their marriages]…

Like a lot of fathers who are progressive about their daughters, by making her his amanuensis, he’s saving her from being subordinate to other men, but by subordinating her to himself. Her going off to Brighton [independently] was an extraordinary thing to do. Had he lived, they would have had huge rows…she took his ideas further…

Q: How was Eleanor able to reconcile socialism and feminism?

A: Amongst the working class, people were working for suffrage and equal rights—working people were much more familiar working with women from an earlier stage than the upper echelons. You hear about women in the upper class because they had the platform.

Eleanor looks exceptional, but a lot has to do with who has the power and the voice. I don’t think she had difficulty. My next book is about Sylvia Pankhurst…The issue [she and her sister, Christabel, and mother, Emmeline] split on is how you understand what democracy is.

Emmeline and Christabel Pankhurst were only interested in middle-class women. When they were fighting for votes for women, working-class men in Britain had not had the vote.

I grew up in apartheid South Africa. Nobody’s free unless anybody’s free….for people like Eleanor Marx and Sylvia Pankhurst, feminism wasn’t about women. It was about everybody… 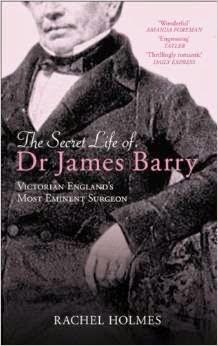 She says something closer to contemporary feminism, that you can have all the economic policies, but what she understands is [the importance of] relationships between men and women in the home and bringing up families….you can’t make policies to change the relationships of love and the sharing of the parenting role. She would have been appalled by the Cultural Revolution. You can’t legislate that kind of change.

Q: You write, “Eleanor allowed Edward [Aveling, her common-law husband] to reinforce the cage of her unresolved femininity, in its nineteenth-century embodiment.” How would you characterize their relationship, and what do you see as his role in her death?

A: I think he killed her….there are forms of suicide with an individual doing that for and to themselves, but you can drive someone to that point. I also think the other way he could have done it is by blackmailing her about Freddie [Marx’s secret illegitimate son].

She didn’t have a problem knowing that [Aveling] was useless. What she couldn’t cope with was the fact that her father had kept this secret. It was a really big deal for her: If I was wrong about that, what else was I wrong about?

The cage of femininity thing—I’ve been criticized for that….What I’m saying is that she lacked self-confidence—the imposter syndrome: I’m as smart as anyone else, but I’m not a bloke…

[Aveling] was a bounder and she knew it…[but] he never stopped her from working. She was a terrible cook [and housekeeper] but he never gave her a hard time about it. Victorian men [generally were] saying, You must be the perfect housewife. They worked together very well…. 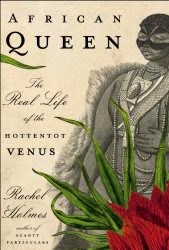 Q: How are things going with the Pankhurst biography?

A: What we used to do was we would write a book and publish it, and [also] would be writing the other one, and it would be ready. The economics of the publishing world have changed quite dramatically. We are required as writers to do a lot of events. The [Marx] book came out in May.

When I did [an earlier] book, I promoted it for a couple of months. With this one, we have to go to a thousand literary festivals, give lectures, and promote it. We’ve become performers. Even in my writing career, [previously] I didn’t have to do the Eleanor Marx traveling saleswoman trick…

The next one is just getting underway. I’m starting it, and I’m also doing an adventure novel about a Greek sailor, one of the leaders of Greek independence. It’s a seafaring adventure tale.

A: In Britain, we say we’re the longest democracy. I say, No, America was democratic before Britain. What really impressed me was what impressed Eleanor Marx [on her visit to America]—that radical democratic tradition in America.

One thing really struck me—where did that go? Notwithstanding the fact that it’s tremendous that America holds together as a democracy, but when you look at the context of those values, it’s so interesting “being” in America with her!