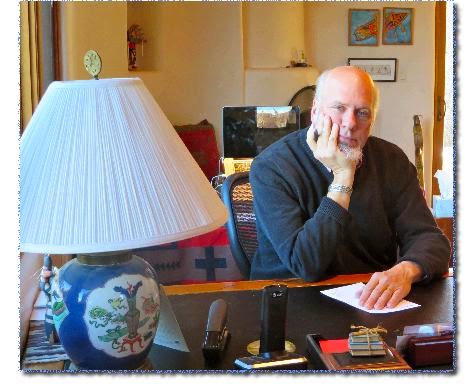 James McGrath Morris is the author of the new biography Eye on the Struggle: Ethel Payne, the First Lady of the Black Press. His other books include Pulitzer and The Rose Man of Sing Sing. A former journalist and high school teacher, he lives in Santa Fe, New Mexico.

Q: You begin your book about Ethel Payne with a description of President Lyndon B. Johnson’s signing of the 1964 Civil Rights Act. Why did you choose to start the book this way?

A: I was faced with a writing problem. While Ethel Payne was an important 20th century journalist, well known to many African Americans, most readers would have no idea who she was.

So I felt it was necessary to create an opening to the book that would establish her significance, reveal something of her character and remind people of the tenor of the times.

To do that I selected a moment in 1964 when the high point of her career was past but she was among those selected to witness the signing of the Civil Rights Act and receive one of the pens the president used.

In this moment I could recount Payne’s career, explain the significant role of the black press, and introduce the main actors of the civil rights movement. In doing so, I hoped as in an overture to a musical I hit the high notes, but very briefly, creating a sense of anticipation and offering an invitation to read on. 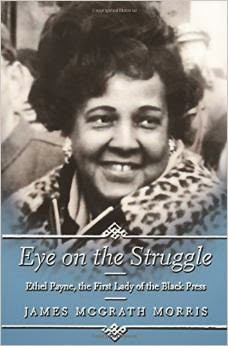 Q: You write, “Payne believed her duty still lay with the larger freedom struggle, in which, to her way of thinking, journalism was a tool of advancement.” How did journalism and the civil rights struggle coexist for Payne throughout her career?

A: Advocacy and journalism do clash often. For Payne she felt she was, in her words, part of the “problem” as the race issue was described in her time.

For instance, working in Washington at that time she had to worry if a cab would pick her up, if she could find a bathroom she could use, a restaurant in which she could eat. So when she aggressively pursued a line of questioning on segregation issues with President Eisenhower she was asking questions about an issue that affected her.

“For black journalists, particularly me, I think it made us know that we could not stand aside and be so-called objective witnesses,” she said. “We were absolutely unable to make the distinction between what is ‘objective journalism.’ So I adopted a code of trying to be fair, but I could not divorce myself from the heart of the problem, because I was part of the problem.”

And fair she was. If you read her copy these many years later, her viewpoint is clear but she lets the facts speak for themselves. So when Senate Majority Leader Lyndon B. Johnson and Massachusetts Senator John F. Kennedy gutted the 1957 Civil Rights Act she reported extensively on what they were doing but never engaged in name calling….

Payne used one of the great and unappreciated powers of journalism. At its best, journalism has the power to draw attention to injustices and light the dark recesses of society. Merely doing that can trigger action often more effectively than soap-box journalism. 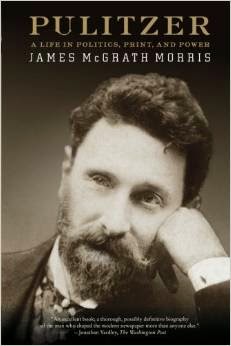 Q: In your acknowledgments, you write, “She was black. I’m white. She was a female. I’m male. She grew up in modest, at times poor circumstances. I grew up in privilege. Who am I to tell her story? I wondered.” How do you answer that question, and why did you decide to write about Ethel Payne?

A: I answered that question in several ways. I set out to write a biography. My craft is much like portrait painting. We bring our cultural heritage to the canvas before us. My book would, indeed, be different is I was, say, black and female. But that doesn’t mean my portrait is not legitimate.

Specifically I adopted Payne’s rigid code of fairness. Above all, she believed that journalism—or of any form of writing, for that matter—liberates and empowers one to be able to write empathetically about people, events, and ideas outside of one’s own experience.

Of course, like any writer, I depended heavily on my sources and in my case I turned to a cadre of black women who knew Payne to help me with issues outside of my cultural experience.

What I learned in the end was that I had fewer struggle researching writing about Payne’s world than I did ferreting out my own linguistic racism. I wrote an article about this entitled “Reporting Across the Color Line.”

Lastly, when you spend as much time with a person as biographers do with their subjects you get to know them well. I came to appreciate Payne’s wonderful sense of humor.

One day I said to myself, and since then frequently in public, “Why can’t a bald white man write a book about a black woman who became famous writing about a bald white president?”

Q: What do you see as Payne’s legacy today?

A: Payne’s life is a reminder that it matters who has a seat at the table. When she joined the White House press corps none of the white male reporters were asking questions about segregation. When she did, and angered the president by doing so, Edward T. Folliard, a veteran reporter from The Washington Post, came up to Payne. "You asked the right question," he told her. "In fact, we should have asked these questions sooner." ... 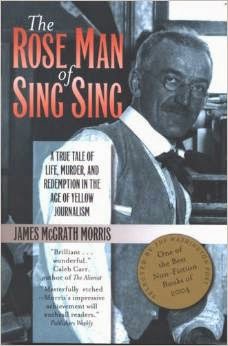 A: I have two projects underway. The first is a book called The Ambulance Drivers: Hemingway and Dos Passos—Literary Lives in War and Peace that will come out in 2017.

I am also working on a new Kindle Single called The Radio Operator: Robert Ford’s Last Stand in the Fight to Save Tibet that should come out in late 2015 or early 2016.