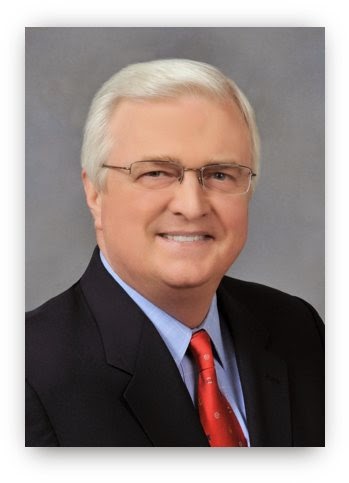 Van Hipp is the author of the new book The New Terrorism: How to Fight It and Defeat It. He is the chairman of American Defense International, Inc., a consulting firm based in Washington, D.C., that focuses on government affairs, business development, and public relations. A veteran of the U.S. Army, he served as deputy assistant secretary of the Army and principal deputy general counsel of the Navy during the George H.W. Bush administration.

Q: How do you define the “new terrorism,” and what do you see as the biggest assumptions and misperceptions among government leaders today about terrorism?

A: “Dispersion” is the best word to describe it. It has been dispersed through numerous allied, offshoot and regional organizations, plus the proliferation of “self-radicalized” or “lone wolf” terrorists, created via the internet or participation in the war in Syria.

"New terrorism" can be defined as 21st century problems outpacing 20th century institutions. Every chapter in the book talks about how unprepared our country is and recommends ways we can adapt our institutions to defeat the new terrorism.

The administration acts as if it believes these are disconnected events carried out by “violent radicals.” It goes to great lengths to avoid calling their actions “terrorism” or that their actions are derived from a 7th century interpretation of Islam.

Q: How would you characterize the overall responses to terrorism by the George W. Bush and Obama administrations?

A: Bush’s, in the wake of 9/ll, was to hunt down the enemy, capture combatants, wring information from them, then attack again until they were defeated.

Obama’s is to “lead from behind” without projecting power. He seems to believe and hope that extended talks—especially involving international partners— will settle outstanding problems, and prefers no threat of action other than sanctions.

This is not a political book. It is for a strong national defense, adjusting the requirements as times change. I cheer any time a president makes a bold move to strengthen the forces of freedom, such as when President Obama gave the order to take down Osama bin Laden.

On the other hand, the fact that the president cannot identify this threat as radical Islam or a global jihadist movement is problematic. We can defeat this global jihadist movement. However, it is imperative that we understand the threat for what it is so that we have the right systems and measures in place to prevent it from reconstituting itself. 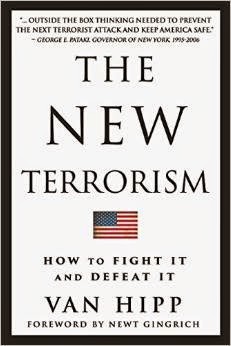 Q: In your book, you describe various areas in which the United States could do more to combat terrorism, including missile defense, cybersecurity, and border security. In what areas would you say this country has been more effective in combating terrorism in recent years, and what are the areas that you see as especially problematic?

A: We have made improvements in all areas since 9/11, but more must be done. For example, we have no missile defense installations on the East Coast. Border security means not only our southern borders, but greater control of the approximately 40 percent of illegals who came here with legal visas, but overstayed them.

We still have work to do in securing nuclear materials, but we have made strides despite our recent problems with Russia. We have also made progress in arresting Pakistani nuclear scientists who had ties to al-Qaeda and other terrorist groups.

The United States is the most unprepared for cyber warfare. I distinguish between cyber-attacks from Islamic groups which are more interested in sabotage and the Chinese cyber threats which are more aimed at espionage. I propose specific countermeasures for these different, but growing, cyber threats. Our “too big to fail” banks have only gotten bigger since 2008 and more needs to be done to strengthen our cyber defenses.

The book’s theme is that our capabilities are growing. Nevertheless, we have a determined enemy using modern technology very effectively so that it is growing more dangerous and need not spend nearly as much as we do.

Q: You write, “The world is an even more dangerous place today than it was immediately following 9/11.” Do you expect the level of danger to continue to increase?

A: Yes. To the extent that ISIS is allowed to exist, it represents tangible evidence that the dream of Islamist fundamentalists that a rigid theocratic state, based in Baghdad, is possible. That is a goal that radical Islamist jihadists will fight for until killed or completely subdued as a fighting force.

We can greatly improve our power grid as well as our missile defenses for an EMP [electromagnetic pulse] attack. We can if the political will is there. Until we gain the operational high ground regarding these and cyber and nuclear security, the threat will increase.

A: Ha! Ha! I’ve got another one in mind, but my sole focus for the next six months is selling this one!

The topics I cover in The New Terrorism address in detail the threats that modern society and our way of life face right now. So, I am spending all my time sounding the warning.

A: The “sequester” is a problem that must be addressed. While we can improve efficiency in the defense budget, defense spending also requires the capability to deal with the most dangerous, but not always the most immediate, threats.

Our military is still more in the Cold War than post-Cold War mode. Look at our nuclear triad and you will see our ICBMs (450 Minute Man III missiles) are Cold War era equipment. The nuclear weapons on our submarines come from 14 of our 18 Ohio-class submarines, which was a submarine built in the 1970s.

The B-2 bomber entered service after the Cold War, but we only have 20 B-2 bombers compared to 85 B-52s active and 66 B-1 bombers. We have 10 Nimitz Class aircraft carriers and only one Gerald Ford Class carrier ready to launch. In some cases, we don't need to replace all this equipment tomorrow because our adversaries are still using inferior equipment.

Nevertheless, we must continuously modernize. If we don't want an arms race with China and we still have to deal with the monetary constraints of the Baby Boomers’ retirement, we must find ways to reduce conflict. With the terrorists we don't have that option.

A chapter of the book is devoted to ways we can improve efficiencies as far as national security spending is concerned. I call it “victory without bankruptcy.”

For example, we can change the way we do contracting for major defense systems, as well as get more “buy-in” from end customers at the outset in order to ensure the most efficient use of research and development dollars.

Further, the National Guard and our reserve forces represent a bargain for the American taxpayers. We can train roughly three or four Guardsmen or reservists for every one active duty troop. However, we need to make sure they are properly equipped.

I think removing Tricare and the other healthcare portions into a separate agency would help. Having a separate department or agency focused on the healthcare of our active-duty military would make it easier to improve efficiencies in the actual defense budget. The troops should have a secretary who makes their health his/her priority while the secretary of defense worries about actually defending the nation.

Lastly, I am hopeful for Dr. Ashton Carter’s tenure as secretary of defense. I actually mention him in the book and cite an article that he co-authored years ago which underscores his understanding of the nuclear threat.