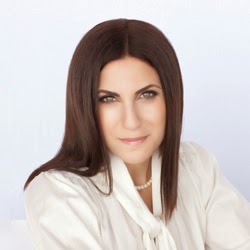 Gayle Tzemach Lemmon is the author of the new book Ashley's War: The Untold Story of a Team of Women Soldiers on the Special Ops Battlefield. She also has written The Dressmaker of Khair Khana. She is a senior fellow at the Council on Foreign Relations, and a contributor to The Atlantic's DefenseOne site.

Q: How did you decide to write about Lt. Ashley White and her unit, CST-2?

A: I was at an event about women in combat…in 2012. [Someone mentioned] the story of Lt. Ashley White, who was killed in a night raid. I knew a lot about Afghanistan, night missions, Rangers—but I did not know women were there. [I wondered,] Who are these people? Why are they out there? Why didn’t we know?

Q: What were the rules on women in combat at the time Lt. White was serving, and how have they changed since then?

A: The combat ban was still in place. In 2013, when it was lifted…the battlefield reality had overtaken the rules. Commanders were not worried about the rules but about getting all their [troops] through [the battles]….

A year and a half after Ashley White died, the ban on women in combat was lifted. [On] January 1, 2016, officially all jobs will be open to women unless commanders write to the secretary of defense and the chairman of the Joint Chiefs of Staff.

Q: How open do you think it will end up being?

A: I think conversations are going on now; it’s too early to tell. We will have a much better sense later this year.

Q: What was the role of Afghan culture in creating some of these changes relating to women in combat? 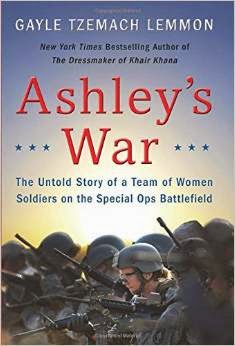 A: Afghanistan is a very conservative, traditional society, particularly in the places where the insurgency is strongest. The idea that [Afghan] women be seen by [U.S. male troops] was not part of the culture. If there was to be access to half the population, you needed women soldiers to talk to them.

Q: This book includes incredible details about the CSTs, cultural support teams. How did you research the book?

A: This is the product of two years and thousands of miles of travel across the country—a large number of Holiday Inn Express stays. They are details you can only learn through primary research, and [talking with] some of America’s most seasoned military leaders and those charged with [implementing] the details. It was a privilege for me to tell their story.

Q: What particularly surprised you as you conducted your research?

A: Almost everything—I had no idea, and I had followed [related issues] pretty closely. I felt ignorant. I had to report—the first seven or eight months, I didn’t write a word. Every interview would lead to more questions. Then, I saw how active some military leaders were in seeing we needed the capabilities, and getting women out there.

The second thing was that these Rangers—some were on their 11th, 12th, 13th deployment. How did we not know them better? They started as skeptical as anyone could, but now they are the staunchest backers of these women….Even Rangers who say they don’t think women should be Rangers would talk to me about the values these women would bring every night [to the missions].

Q: What has been the reaction to the book from Ashley White’s family and those with whom she served?

A: They’ve all spent a lot of time with these pages. The Whites are the best of American values at a time when we could use a reminder of the power of character. They taught their children the best values.

For them, it’s about remembering Ashley. Mrs. White said if Ashley’s legacy is helping Americans know what these soldiers did, maybe that will be part of how she is remembered.

Anybody [I talked with] talked with me because they did not want their teammate forgotten. Ashley didn’t make it home, but the memories are for her life, not her death. She was incredibly kind, and incredibly fierce. She was a loving wife, and she could put 30 pounds of rocks in her rucksack and march. 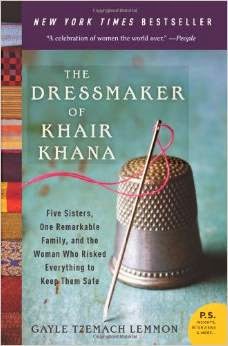 Q: Is there anything more you’d like to add about the issue of legacy?

A: It wasn’t just Ashley, it was a team of all-stars…you would want to put on the battlefield alongside America’s toughest….

Ashley’s legacy will be that she and her teammates were part of quietly proving that women could bring value out there.

A: Potentially, but I gave my word that I would be doing everything in my power to make sure this story went out to as many people as [possible].

A: It’s a story of battlefield friendships, camaraderie born of war, the unbreakable bonds of combat. They will forever be one another’s career counselors, priests, confessors. They are bound to one another in ways no one else [can be].