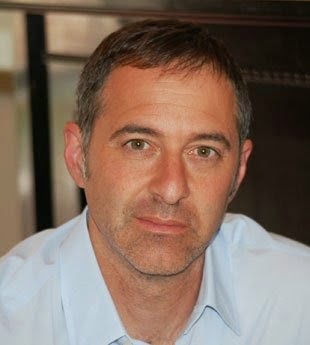 Matt Richtel is the author of the new novel The Doomsday Equation. A Pulitzer Prize-winning reporter for The New York Times, his other books include A Deadly Wandering, The Cloud, and Devil's Plaything. He lives in San Francisco.

Q: How did you come up with your main character, Jeremy Stillwater?


A: I wanted to think about or ask readers to think about the way low-level personal conflict can add up. I decided to embody that in someone who is completely drawn to conflict. It gave me a chance to play with the idea that we are often critical of others without adding our own contribution to a world riven with conflict. It’s easy to point a finger at Jeremy [but] maybe he told us something about [ourselves].


Also, I liked the idea…of [writing about] a jerk. Some reviews said, Gosh, I hate this guy. One of my favorite moments is when he’s trying to pick up a woman, and his desire for conflict is so great that he insults her and she slaps him [and he feels good about it]. That really captures a jerk.


Q: You mentioned that you were hoping people would see his character develop through the book.


A: Some did, some didn’t. Given that I’m prolific, or very passionate [about my writing], I can’t always tell if I moved too quickly. Some of the reaction is that he’s a complete jerk, and I feel I made an effort to have him evolve—the only way he’ll save the world is by understanding a bit about himself.


I think he does transform, even slightly. It’s probably a mistake in any book to allow the reviews to dictate what happens in a book, because perceptions may vary. If I’ve done it right, the onus is on me to have them see he’s something bigger than a jerk—he’s a soulful creature who needs to [find himself]. 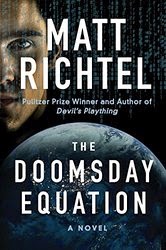 Q: Is there a real-life equivalent to Jeremy’s computer in the book?


This is so in the realm of what’s happening right now, the way Big Data is crunched to make predictions about group behavior, individual behavior, the weather, the stock market. We are in the infancy of it, and this book is maybe in the teenage years, but it’s not so far off….


Q: Is there a computer now that actually predicts conflict, like the computer in the book?


A: There is a mathematical equation that does it on a primitive basis. Sean Gourley [who created it] has even had conversations with the government.


My guess is the human pattern recognition and experience still trumps the uncertainty of trying to predict conflict—there are too many variables to rely on a computer for something with such big stakes.


As we begin to understand the impacts better, no human brain can add up all the pieces the way a computer can, but a computer doesn’t have gut feelings. Given the life-and-death stakes, we’d better be sure before we outsource it to Siri. 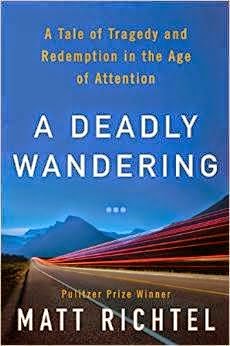 Q: What is the real “Guardians” group on which you base your group in the book?


A: I’ve been a little cartoonish, but there’s something under the surface. The real Guardians group is Neturei-Karta, a group of Orthodox super-religious Jews who did not believe in the founding of a secular Israel—they believed it would go against the true return of the Messiah.


What I found interesting, metaphorically—I’m thinking more on a broad level about low-level strongly held views that many people have that prevent compromise.


I am not making a broad statement about religion, but you look across the world now, whether you’re looking at Israel, or at Indiana with the Religious Freedom Act…beneath the surface of this, what I’m trying to get at [with] these political battles is a certain kind of [situation] where some people believe that if they compromise on their basic beliefs, something really terrible will happen, like the Messiah won’t come or they will be betraying their most important beliefs. It gets hard to compromise [on the big issues]. …


Q: I know you’ve written fiction and nonfiction and a children’s book—what are you working on now?


A: The book we’re talking about today was done three years ago and held back because the publisher wanted to put out A Deadly Wandering first.


When A Deadly Wandering was being edited, I [worked on] a piece of fiction that will come out next year, the girl eXtra. It’s the story of a girl from an affluent San Francisco family who goes missing. It has a little bit of the noir detective style…[and looks at] child-rearing in the age of haves and have-nots. I think [my books have] gone from slightly trashy to slightly literary.

--Interview with Deborah Kalb. For a previous Q&A with Matt Richtel, please click here.
Posted by Deborah Kalb at 8:08 AM