Phyllis Birnbaum is the author of the new book Manchu Princess, Japanese Spy: The Story of Kawashima Yoshiko, the Cross-Dressing Spy Who Commanded Her Own Army. Her other books include Modern Girls, Shining Stars, the Skies of Tokyo, and Glory in a Line. She lives outside Boston.

Q: Why did you decide to write about Kawashima Yoshiko?

A: My friend, the Japanese novelist Funado Yoichi, was writing a long novel about Manchuria, and he suggested that I write about Yoshiko. He felt that she would give me a way to discuss not only her wild life, but also the historical background in all its fascinating, complicated aspects.  That was the direct reason for choosing her.

But there’s another, indirect influence on my book. Long ago, I read a book by Edward Seidensticker about the Japanese writer Nagai Kafu, called Kafu the Scribbler.

It was not only a biography of Kafu, but also told the fascinating story of his times, effortlessly weaving Japanese literature and Japanese history together. The writing shows Seidensticker’s love of Kafu and of old Tokyo, all introduced in a very engaging way.

In my biography of Yoshiko and other biographies I’ve written, I’ve kept Seidensticker’s Kafu in mind, as I try to find my own way to draw readers into subjects that they probably know little or nothing about. 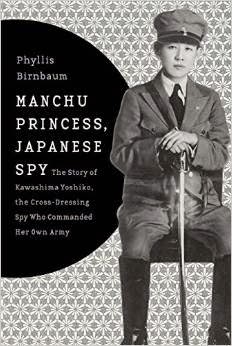 Q: What does Yoshiko's story say about relations between China and Japan during her lifetime?

A: Yoshiko was born in China, the daughter of a Manchu prince, but when she was about 8 years old, he sent her off to Japan to be raised by a Japanese political associate.

Yoshiko’s shift to an utterly alien country at that age was traumatic for her, and one might say that she never recovered. She was always confused about which was her home country. She forgot much of her Chinese so that communication during family visits to China was difficult; in Japan, she was disparaged as a “Chink” so she was not able to feel comfortable there either.

Then Japan’s war with China began in the 1930s and this confused, publicity-hungry woman found a calling. Born a Manchu royal, she decided that she would return to China and devote herself to restoring the deposed Manchu Qing dynasty.

She had convinced herself that this was better for China than the chaos that had seized China since the Qing’s fall in 1911. Because of her wish to restore the Qing dynasty, she opposed all other Chinese governments that tried to take its place.

This suited the Japanese, who used the cooperation of this Manchu Princess Yoshiko to show Chinese and the rest of the world that they were not occupying China for their own sakes, but rather, with her approval, bringing liberation to Manchuria first and then the rest of China.

Yoshiko also benefited from Japanese support, financial and otherwise, in her various wartime escapades. When at last she understood the true nature of the brutal Japanese incursions into China, it was too late. She had become enmeshed in Japan’s ambitions in China and that’s why, after Japan’s defeat, the Chinese executed her as a traitor. 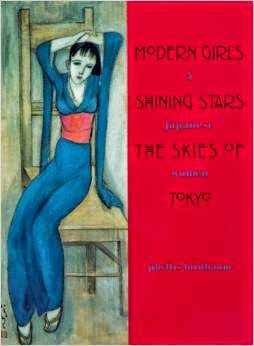 Q: What does Yoshiko’s life say about gender roles at that time in the two countries?

A: In 1925, when she was about 18, Yoshiko had most of her hair cut off into a man’s style and declared that she would from then on live as a man. She often dressed in men’s clothes after that and spoke the kind of Japanese that men use.

But in those days, she had to be careful about how far she went in this assumption of a male identity because society was not prepared to allow her to go too far, nor to make the biological and legal changes that are now possible.

So sometimes she boldly dressed in male attire and proclaimed a female companion her “wife.” But at other times, she appeared in public in fancy women’s outfits….

I began my research in Japan and also traveled to Manchuria in  China’s Northeast--this is  the Manchu homeland and the region where the Japanese set up their puppet state. Along the way I read much about Yoshiko, and met her fans and foes.

I suppose that Matsumoto, Japan, where Yoshiko grew up, brought me the most surprises.  In Matsumoto there is still a lively band of Japanese who are intent on showing the world that Yoshiko, a hometown girl for them, was not a traitor as charged, but actually a Chinese patriot, who lost her life in her efforts to restore peace to her country.

In Matsumoto too, I met some of Yoshiko’s Chinese relatives, who had left their homes in China and become Japanese citizens. In my book I describe the amazing reasons why these Chinese relatives ended up in Japan, but as they told me stunning stories about their lives, they also repeatedly expressed their hopes that Yoshiko’s name would be cleared in their lifetimes. 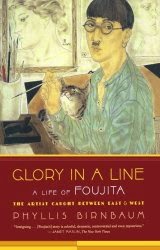 A: I am in the process of trying to decide on a new topic to write about.  Meantime, I’m translating a fictionalized memoir Fertile Land, Land of the Dead by the Japanese poet Takarabe Toriko.

As you can see, I’ve become very interested in that period when Japan occupied Manchuria.  It’s fascinating and I simply can’t stop reading about it!

A: Do Japanese still talk about Yoshiko? Much of the generation born after the war knows little or nothing about Yoshiko. Of course, older Japanese who lived through the war remember her because she was a notorious character and a frequent subject of newspaper gossip.

You may have heard that just a few months ago, Yoshiko was back in the news. Soon after I finished my book, I was astonished to learn that Yukawa Haruna, one of the Japanese hostages recently killed by ISIS, believed himself to be a reincarnation of Kawashima Yoshiko!

Totally astonished, I read his blog and learned about his life and psychological troubles. I felt that there was an aspect to Yukawa’s personality that did remind me of Yoshiko—he was sad and lonely much of the time, and had big ideas about how he was going to save the world. His horrible death and his claim to be a reincarnation of this Manchu princess have brought Yoshiko a new and gruesome kind of fame.