James M. Scott is the author of the new book Target Tokyo: Jimmy Doolittle and the Raid That Avenged Pearl Harbor. He also has written The War Below and The Attack on the Liberty. A former reporter for the Post and Courier, he lives in Charleston, South Carolina.

Q: Why did you decide to write about Doolittle’s raid?

A: It’s one of the most fascinating stories of World War II. I focus on World War II—I have a previous book on it, and another one due in February.

The raid was a single military operation, but the stakes were so incredibly high. The mission took place at America’s darkest hour. The White House was looking for something of symbolic value to tell the American people that we will pull through this….

It’s a great story--it’s not just a military mission but a political story. It was a shell-shocked nation after Pearl Harbor [and the subsequent defeats immediately following].

It was also an incredibly risky mission…If you look at these guys, they’re taking off on a one-way mission—to bomb Japan, then try to fly on to China. They needed to be able to fly 2,400 miles, then land on gravel runways in China—it’s an amazing story of bravery. That America could pull it off in just 16 weeks [after Pearl Harbor], put together the logistics, the training—it’s a pretty amazing logistical feat. 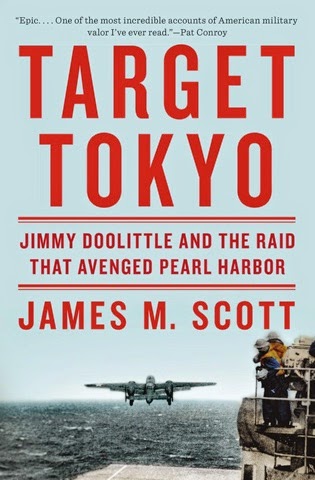 Q: What impact did the raid have on the war itself and also on public opinion in the United States and Japan?

A: For a raid that really was very small, just 16 planes, the symbolic nature of Doolittle’s raid, its importance, was really illustrated by the propaganda battle over years between the United States and Japan [as the U.S. argued it was a success] and the Japanese said it was not a success.

For the American public, the raid was huge. It was a potent tonic for the demoralizing 4-5 months between the attack on Pearl Harbor and the raid—it was nothing but a string of defeats…

By the time the raid took place, it was in such stark contrast to the months of negative news. The American people ate it up…people loved it. It had a huge effect for the United States….

It had a huge effect on the Japanese…American public opinion had been so demoralized; the Japanese had taken the opposite approach, thinking they were invincible…When the American bombers appeared over Tokyo, it stunned the Japanese. Most thought it was a drill only.

It had a big effect on policy. The Japanese had accomplished a lot of their early goals in the war, and were looking for what direction to go in for the next phase. [Japanese naval leader Isoroku] Yamamoto was well versed in American sensibilities, and warned that America would try to find a way to push back. He advocated for taking Midway…he needed a piece of real estate that was so valuable that the Americans would have no option other than send carriers into battle…

We treated carriers like an endangered species. Yamamoto knew he had to eliminate [U.S.] air power [and wanted] to lure the carriers into battle so they could destroy them. The Doolittle raid changed all of that—people [in Japan] were skeptical of Yamamoto’s plans [before the raid, but then] said maybe we do need to extend our perimeter. It led to disastrous consequences for Japan. It changed the balance of power in the Pacific—it tilted back to the United States.

It’s a small story, but it had huge repercussions. It would also lead to disastrous [repercussions] against the Chinese. 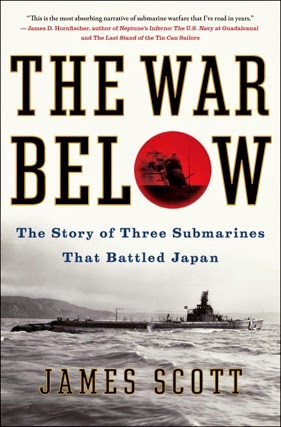 Q: What kind of personality was Jimmy Doolittle, and how well-known was he before and after the raid?

A: Doolittle was without doubt one of the most fascinating individuals of the 20th century. His life story was amazing. He was the son of an Alaska gold prospector. He was very small in stature, 5’4”, and he had to learn how to fight. He became a professional boxer.

He was incredibly brave. He fell in love with flying—he was a test pilot, a stunt pilot. He came along at a very early time in aviation. He was the first one to fly cross-country in 24 hours. He also was incredibly brilliant. People would say he was a daredevil, but Doolittle would say he was more calculating. The fact that he lived into his 90s—he was accurate on that! He went to MIT; he got a master’s and a doctorate.

He pushed the concept of blind flight—if you run into bad weather, how do you operate? He helped develop the concept of the artificial horizon; he was the first to actually fly solely on instruments. He was amazing on so many levels—he was very adventurous.

He was the perfect person to lead this raid…this was the mission he was built to plan—it involved the adventure and the science.

At the time of the raid, he was pretty well known, for his feats in flying—he had won a number of races and had a number of “firsts.”

The raid catapulted him—he became a household name, and recipient of the Medal of Honor. One small town actually named itself after him!...

I spent a lot of time going through his records and his letters…I wish I had the opportunity to meet him, but fortunately he had left a trail of documents.

Q: You provide incredible detail on the buildup to the raids and the actual raids themselves.

A: The production staff at Norton was not as happy—the book was contracted at 100,000 words and came in [more than twice that]! I have a wonderful editor, and we cut a couple of chapters. I never anticipated the book would be [more than 600] pages…

Each of the raiders had unique experiences. One crew went to Russia, a couple of crews were captured. There were great individual stories, and I wanted to include as many as I could….

Q: What is the other World War II book you’re working on that you mentioned earlier?

A: It’s about the Battle of Manila…there was a huge fight between 20,000 Japanese marines and soldiers and the American army. It happened in the middle of an amazing city. The Philippines were an American colony, and Daniel Burnham, the architect—we sent him over there to design a perfect city. The city ultimately became a battlefield. I’m heading to the Philippines in a few months…

I’ll be in D.C. Wednesday—Congress is awarding the Congressional Gold Medal to the raiders….