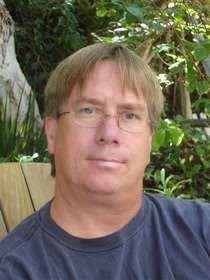 Scott Martelle is the author of the new book The Madman and the Assassin: The Strange Life of Boston Corbett, the Man Who Killed John Wilkes Booth. His other books include The Admiral and the Ambassador and Detroit: A Biography. He is an editorial writer for the Los Angeles Times.

Q: In our previous interview, you described the subject matter of this book as “another overlooked slice of American history.” Why did you decide to write a biography of Boston Corbett?

A: After I finished my last book, The Admiral and the Ambassador, about the guy who recovered John Paul Jones’ body after it had gone missing for more than a century, I was scratching around for a fresh topic. A few ideas surfaced but for one reason or another were set aside.

My editor at Chicago Review Press, Jerry Pohlen, knew I was looking for a fresh topic and e-mailed me asking if I had ever heard of Boston Corbett. No, I told him.

He replied that Corbett was a religious zealot who had castrated himself with a pair of scissors and killed John Wilkes Booth (with a few other details thrown in, including Corbett’s surviving Andersonville). I thought, I can do something with that, and that started the ball rolling.

I had to work fast, though. We settled on the project in September 2013, and knew we wanted the book out by April of this year, the sesquicentennial of Lincoln’s assassination. So it was a sprint from start to finish. 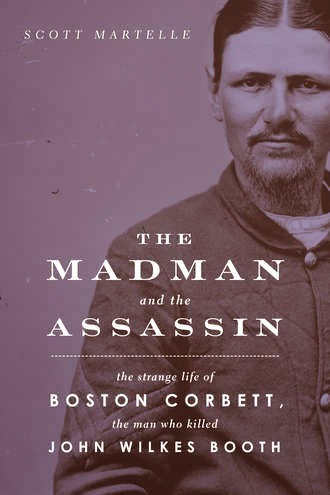 A: For one, it made him a figure of intense public scrutiny, and both praise and condemnation. For some supporters of the South, Booth was a hero and Corbett an assassin, even though Corbett shot Booth in the line of duty as a Union soldier involved in a manhunt.

Threats against Corbett’s life, and his own paranoia, made him short-tempered in certain situations. He slept with a gun and always had weapons handy when out in public. But he also seemed to enjoy the spotlight, which brought him speaking engagements and endless opportunities to deliver religious sermons, which was the guiding force in his life.

Q: You describe Corbett as “mad as a hatter.” How did that affect his life before and after he shot Booth? 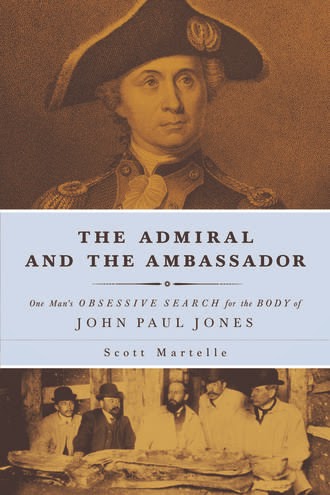 A: His insanity was hard to define. I don’t have a background in psychology or psychiatry and have doubts about the wisdom of trying to diagnose someone 50 years later, but he clearly developed paranoid tendencies as the years went on.

His faith was an obsession, to the point where fellow faithful disinvited him from prayer meetings because his expressions were so over the top….

After he shot Booth, and became a celebrity, the public focus on his eccentricities equaled its focus on his role in killing Booth. Nearly a quarter-century later, he thought Booth supporters and fellow members of secret lodges like the Masons, which Corbett loathed, were conspiring to kill him, rob him of his land and other things. And stopping just short of a plot-spoiler here, Corbett was quick to pull his gun.

Q: Can you say more about the role religion played in Corbett’s life? 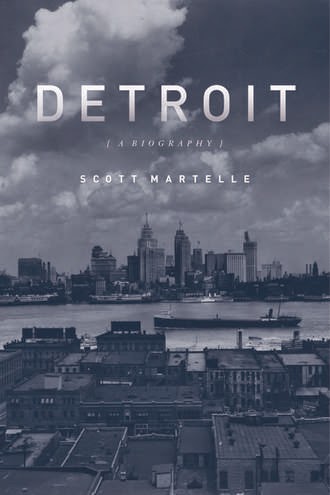 A: From the late 1850s on, it was the driving force in his life. He believed that if he could live each minute, each hour, each day as a Christian and in the footsteps of Jesus, then he could lead the perfect Christian life.

I’m not a religious person myself, but you have to respect that kind of devotion. And he lived it. While working as a silk hat finisher in New York, he would corral a street drunk, move him into his rented room, dry him out, get him healthy, and kick him out to make way for the next recovery project.

All of which left him broke, but he saw that as the right and moral action for a Christian who himself had been saved in the same way (he fell into a whiskey barrel after his wife died) by religious folks.

A: Scratching around for a fresh idea. I’ve had a few, but last year I re-joined the Los Angeles Times as an editorial writer, which limits my time for archive diving. So I’m trying to find a project rooted here in the Los Angeles area.