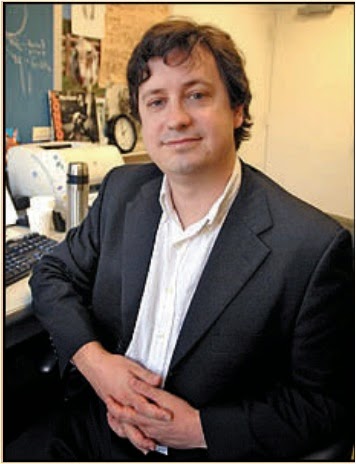 Andrew McConnell Stott is the author most recently of The Poet and the Vampyre: The Curse of Byron and the Birth of Literature's Greatest Monsters. He also has written The Pantomime Life of Joseph Grimaldi. He is a professor of English at the University of Buffalo, SUNY.

Q: Why do you think this particular group of writers created what your book’s subtitle calls “literature’s greatest monsters” during this period in the 1810s?

A: The early 19th century was a period of intense literary creativity, but it was also a period of political repression, social conformity, and protracted war.

Claire Clairmont, Mary Godwin, John Polidori, Lord Byron and Percy Bysshe Shelley were all acutely aware of the hypocrisies inherent in Regency society, and finding themselves at odds with conventional thinking regarding class, gender, commerce, sex and religion, sought creative outlets for their alienation. Sometimes this took the form of opulent Oriental fantasies (Byron); sometimes, it was monstrous.

Q: Your subtitle also refers to the “Curse of Byron.” What impact did Lord Byron have on the other writers gathered in Geneva at this time?

A: In 1816, Byron was the most famous man in England, celebrated for his talent, but reviled for his politics and the sadistic treatment of his wife, Anabella Milbanke. So overwhelming was Byron's celebrity that it inevitably placed those who met him in his shadow.

As with many celebrities, people found themselves magnetically drawn to him - men wanted to be him, women wanted to sleep with him - but their attentions were rarely reciprocated. Indeed, he could be cruel and cutting, deploying his aristocratic wit in attacks that sought to emphasize his social superiority.

Few who met him got what they felt they wanted from him, and many - especially Claire Clairmont and John Polidori - believed that their lives had been damaged irreparably by the encounter. 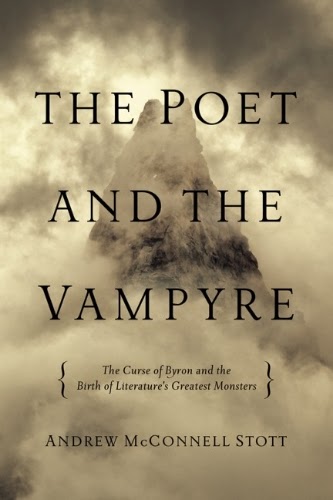 A: The research was done in some wonderful libraries, most notably the Pforzheimer Collection of Shelley and His Circle located in the New York Public Library, but also in the Houghton Library at Harvard, and the Murray Collection of the National Library of Scotland.

Working with primary sources is always special, especially when you're reading letters and diaries that were never intended for publication. The sense of intimacy they generate and the insights they offer are remarkable, and I was constantly surprised at the gifts of expression and access to emotions these young people possessed. 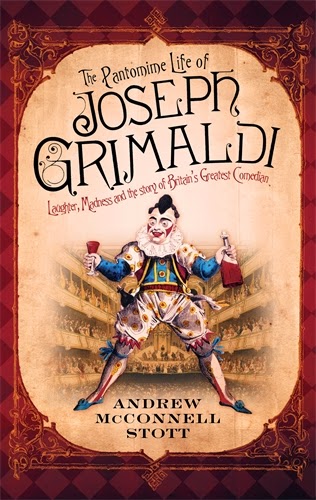 And they were so young: in 1816, Byron was an old man at 28, while Claire Clairmont and Mary Godwin were barely 18. Despite such youth, they were confident, articulate and visionary in a way that seems culturally beyond us now.
Q: Of the various writers you discuss in the book, whose work do you think turned out to be the most noteworthy, and why?

A: The merits of Byron, Shelley, and Mary Godwin Shelley are all well established, so I'd like to make a special plea for the work of John Polidori.

There's no question that Polidori didn't possess the innate literary talent of the others, but his work (especially his prose) was not without promise.

In writing "The Vampyre", he provided the blueprint for the modern vampire character - the louche, seductive sophisticate of exotic origin - the cultural impact of which continues to be felt to this day.

Had Polidori not been in Byron's shadow, or suffered so terribly as a result, there is every chance that he could have matured into an excellent novelist.

A: I'm writing about the very first Shakespeare festival in 1769, and the unusual circumstances of its staging. Inspired by the dark and stormy summer of 1816, it's another book based around wet weather as the Shakespeare festival took place during three days of continuous rain. I'm attracted to the rain. I'm British, and grew up in a light but perpetual drizzle.