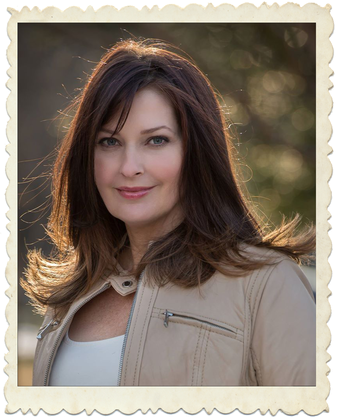 Sarah Pekkanen is the author of the new novel Things You Won't Say. Her other novels include Catching Air, The Best of Us, and These Girls. A former reporter for The Baltimore Sun, among other publications, she lives in the Washington, D.C., area.

Q: Your new book deals with the issue of police shootings, a topic that has been in the news recently. Why did you decide to focus on that issue, and what kind of research did you do to write the book?

A: Since I write my novels a year before publication, Things You Won’t Say was already complete and in the copy-editing stage when Michael Brown was shot to death by a police officer in Ferguson, Missouri, and the important issue of race and police became a vital public discussion.

Although I didn't do any research specifically into such cases, I did call upon my history as a newspaper reporter and I went back to a story I'd written 15 years ago.

That narrative was about a female police officer whose cruiser hit a van driven by her fellow officers, one of whom died at the scene. The female officer was devastated - she'd become a cop to do good, to save people. How could she endure what happened?

That question sparked the plot for Things You Won’t Say, in which a good and honest police officer is accused of shooting an unarmed teenager.

Of course, my books are fiction and should never be construed as reflecting any personal opinions I may have on actual cases in our country. 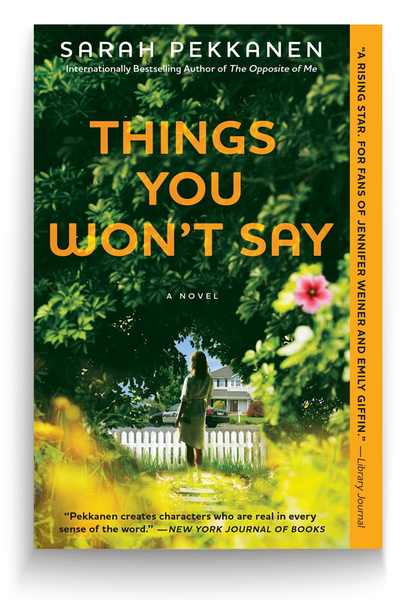 Q: This is your sixth novel--do you see any shifts or changes in your style or subject matter as you look back over your work?

Things You Won’t Say is narrated by three characters - Jamie Anderson, the wife of Mike, the accused police officer, Jamie's sister Lou, who is an elephant keeper, and Christie, the ex-girlfriend of Mike and mother of his oldest son.

Q: Do you usually know how your books will end, or do you make many changes as you're writing?

A: I generally know the ending, but getting there can be a surprise. That's one of the best parts of writing - when the story seems to take over, and leads you in unexpected directions.

A: I'm almost done with my seventh novel, which focuses on the neighbors in a seemingly idyllic town, and am happy to say I have a contract with Simon & Schuster's Atria Books to write a novel a year through 2018.

A: I'm excited to be returning to the Bethesda Literary Festival  and the Gaithersburg Book Festival, and I'll also be touring in Baltimore, New York, Chicago, Seattle, St. Louis and New Orleans this spring.

--Interview with Deborah Kalb. Sarah Pekkanen will be appearing at the 2015 Bethesda Literary Festival, which runs from April 17-19. For a previous Q&A with Sarah Pekkanen, please click here.