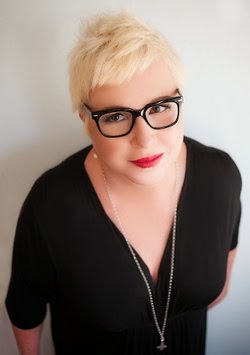 Shanna Mahin is the author of the new novel Oh! You Pretty Things. Her recent fellowships and residencies include the MacDowell Colony and the Norman Mailer Writers Colony.

Q: How did you come up with your main character, Jess?

A: I was raised in a very hit-and-miss Hollywood family. My mother was, in fact, a failed child actress; my grandfather was a super-successful screenwriter, and I have a handful of other relatives on various rungs of the Hollywood ladder. Plus, I was a personal assistant for many years, so there’s definitely a lot of first-hand experience there.

But Jess is fictional, of course, so I also drew on all the personal assistants I’ve met and worked with over the years. It’s a line of work that is ripe for storytelling because ridiculous things happen every single day.

Q: One of the main themes of the book is celebrity and how people react to it. How do you think your characters are affected by their proximity to celebrity (or by actually being a celebrity)?

A: Celebrity is incredibly important to all my characters, with the possible exception of one (no spoilers). Each of them wants different things from fame, but I think Jess is the one who feels it most palpably. For the others, it’s not as direct, or perhaps it’s just not as visible on the page. But I think that the cachet of celebrity in Los Angeles is insidious, and it affects everyone. 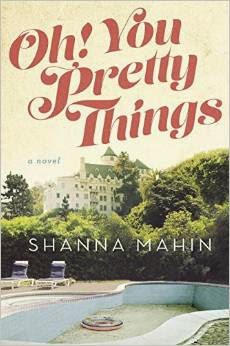 Q: This book takes place in Los Angeles. Could it take place in another location that features a different type of celebrity, or is it a story that could only happen in L.A.?

A: I think Hollywood is unique because it’s the nexus for everyone from the prom queen and the girl voted “most beautiful” in her high school yearbook to the drama student who got a rave review in his school paper and was told he should be an actor. Sure, some people go to New York to model or do theater, but it’s not the same.

Also, I use the terms “Los Angeles” and “Hollywood” kind of interchangeably, and neither is entirely accurate. I’m referring to the idea of Hollywood, which is most visible in certain areas of Los Angeles—Venice, Santa Monica, Beverly Hills, to name a few—where beauty and fame are important social currency.

There are plenty of areas in Los Angeles that are paparazzi-free and reservations are obtained on a first-come, first-served basis. I’ve just never lived in any of them.

Q: The book focuses in large part on Jess’s relationships with other women—her best friend, her boss, her mother. Why did you choose to look at these dynamics in the novel?

A: While the mother in Oh! You Pretty Things is most decidedly not my mother, I had a very complicated relationship with my own. She was an undiagnosed schizophrenic who fell out of my life when I left home at 14.

I tried to have a relationship with her for decades, but she flatly refused to get help and it was too incredibly painful. She’d been homeless for a few years when she drove the van she was living in at full speed into a windowless cinderblock bar off the Las Vegas Strip. We hadn’t spoken in years. I carried her ashes in the trunk of my car for 12 years before I was ready to scatter them.

Our complicated relationship has always affected my female friendships. In the way that many of my friends are attracted to bad boys, I am drawn to strong, neurotic, narcissistic women who are initially fascinated by me and then push me away. Or at least I was for a very long time. Over a decade of therapy really helped.

But I’m endlessly interested by female relationships and I’m always turning them over and over in my mind, so the natural evolution was for me to write about it.

My wheelhouse is pretty much celebrity, power, and fucked-up mother/daughter relationships. And food, just because I think everything is better with a meal thrown in.

A: I’ve been busy getting ready for the book release. It’s not enough to move from project to project in today’s marketplace, I don’t think. You have to be your own marketing advocate wherever you can. I’ve been very involved in everything from obtaining blurbs to setting up interviews and events. It’s time-consuming.

On the writing front, I have a memoir about … wait for it … growing up on the wrong side of the tracks in Hollywood and my fraught relationship with my mother. It was the first book I wrote, and it needs a ground-up rewrite.

There’s also a sequel for Jess rolling around in my brain, set in Los Angeles and Florence, and another thing that is so unformed I’m not ready to talk about it, but I’m really excited about it.