Rachel Basch is the author of the new novel The Listener. She also has written the novels The Passion of Reverend Nash and Degrees of Love. Her work has appeared in a variety of publications, including The Washington Post and The Huffington Post. She teaches at Fairfield University and Wesleyan University, and she lives in Connecticut.

Q: How did you come up with your main characters, Malcolm and Noah?

A: I started the book so long ago that I’m not really sure about the accuracy of how it all started. One very small snippet of a thing happened when I was researching the book I wrote before, The Passion of Reverend Nash. It’s about a Congregationalist minister.

I’m Jewish [and to research the book] I went to services at Protestant churches for a number of years. At one of the last services I went to, there was a young man in the pew in front of me. He was alone. He was very attentive to the service; he was singing…and grabbing the hymnal with metallic-blue-painted fingernails. His clothing was a real gender mixture.

I thought, Wow, what guts to stand here in a place that’s so staid and be very much yourself. That got me thinking.

And all my novels have had a therapeutic kind of relationship. I am interested in our responses to one another and the lengths we go, or don’t, in extending ourselves to one another. I had a teacher who said that most writers have one central obsession and keep writing about it. 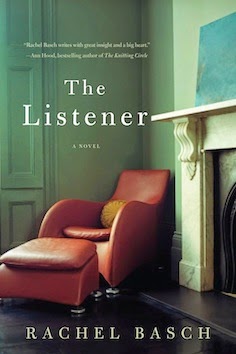 Q: So was the gender focus in the book inspired in part by the young man and in part just to explore that particular issue?

A: When we [focus on something,] it’s almost always because it’s a concrete manifestation of something internal that we can’t figure out. I think I used gender because it’s such a physical and concrete way of [exploring] the issue of identity--how is the idea going to be made manifest? I think that’s what happened—I used gender to talk about something—we all struggle with our identities all the time.

A: Usually I’m terrible with titles, and I don’t have one until the 11th hour. This came to me pretty early on, probably because of the therapist character—that’s how he thinks of himself, he’s always responding to what life has dealt him… 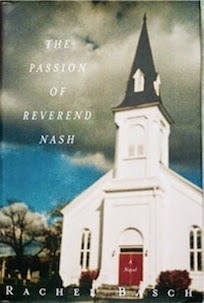 Q: Do you think the characters in the book listen to one another?

A: [A reviewer] thought it was an ironic title. I think the characters listen to one another as much as most of us do—we’re divided between listening to ourselves and making enough room to listen to others, and it is a struggle.

Q: The book is set in Maine—do you feel it had to be set there, in a cold place?

A: I wanted it to be a college town. A city might have been different. I live in what feels like a small town to me, for about 27 years; I raised my kids here [and would tell them,] If you do something wrong, I am going to find out! I wanted it to be that kind of place.

[In terms of] the cold—I live in New England; the winters are getting longer and longer! 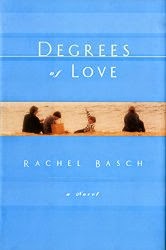 A: I never know. I only start with a very gauzy concept of the conflict.

Q: You mentioned that you started the book a long time ago—how long did it take to write it?

A: I wrote the first draft in three or four years, which for me is not long. It had problems. I set it aside and kept going back; I reworked it a number of times and changed a fair number of things. I rewrote it for another five years.

A: I’ve been writing some essays, shorter pieces.

Q: Anything else we should know about The Listener?

A: There are some things I didn’t think about that have been pointed out to me—even though the subject everyone focuses on has to do with the gender-fluid, nonbinary issue, the book is as much about parenting as anything else. It’s one of those books that depending on what you are mulling over in your own life, the book is about that.