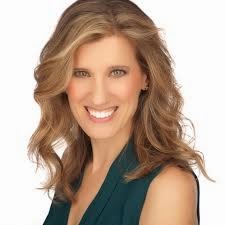 Allison Leotta is the author of the new mystery novel A Good Killing. Her other bestselling mysteries are Speak of the Devil, Discretion, and Law of Attraction. A former federal sex-crimes prosecutor, she lives in the Washington, D.C., area.

Q: Your new mystery, A Good Killing, is set in Michigan, rather than in Washington, D.C., the setting of the first three Anna Curtis novels. How was it to write a mystery set in a different location?

A: It was a lot of fun, a breath of fresh air. Especially Detroit—it’s an amazing setting right now and there’s [not a lot about it] in recent fiction. It was fun to do research and have Anna react to a new place. 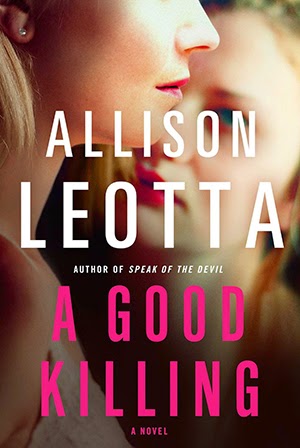 Q: What kind of research did you do?

A: I’m from Michigan, and a lot is what I know about the area and what my friends know about the area. I drove around a little. I read excellent books—Detroit: An American Autopsy, by Charlie LeDuff, is about the death of the city. Also, Detroit City is the Place to Be, by Mark Binelli—it’s fallen on hard times, but there is the ability to experiment when there’s nothing left, and there’s a sense of hope from that…

Q: Anna is a prosecutor, but in this book she’s serving as her sister’s defense attorney. As a former prosecutor yourself, how was it to write from the other perspective? 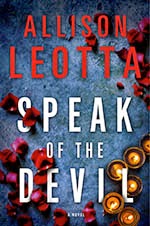 A: That’s also an interesting change, that was necessary so it wasn’t the same story over and over again. It’s a different dynamic, a different set of emotions for Anna to grapple with—that her sister might have done it...

Q: How much about Anna’s life and backstory did you plan out when you started the first novel, and how much has developed as you go along in the series? Did you know all the stories that emerge in this book when you were starting the first book?

A: Not at all! [In this book, Anna’s sister] Jody told that story—I didn’t know it at all before this book, and it all makes perfect sense. When I wrote the first book, I thought it would be a book—but Simon and Schuster wanted a series. It was interesting to find rich veins of history with the characters. 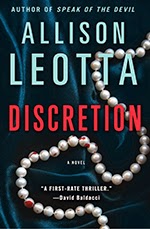 Q: You also write “reality checks” of TV crime shows. How did you get into that?

Q: What’s been the reaction to the blog?

A: It’s been very successful…it was named [one of the best legal blogs] by the ABA. All that throwing popcorn at the TV led to something more productive! 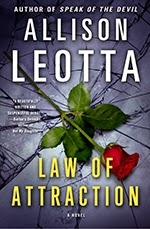 A: The fifth Anna Curtis mystery.

Q: Can you say anything more about it? Does it take place in Detroit, or D.C.?

A: It’s between both cities, though mostly in Detroit. It’s a case involving college campus sexual assault.

A: I’m very excited about A Good Killing. I feel it’s my favorite book so far, and the best thing I’ve written yet. I’m really excited for people to read it.

--Interview with Deborah Kalb. Allison Leotta will be participating in the Bethesda Literary Festival, which runs from April 17-19, 2015. For a previous Q&A with Allison Leotta, please click here.
Posted by Deborah Kalb at 5:47 AM