Tracy K. Smith is the author of the new memoir Ordinary Light, as well as three books of poetry: Life on Mars, which won the 2012 Pulitzer Prize; Duende; and The Body's Question. She is a professor of creative writing at Princeton University, and she lives in Princeton, New Jersey.

Q: Why did you decide to write a memoir, and how did you choose the years on which to focus?

A: I think that every project that I've undertaken as a writer has been an attempt to grow or change in the face of some of the constants that characterize my view of the world.

With this material, I wanted to write a prose memoir in order to examine my own private questions of family, loss, faith, and race. Those are all things that poetry is quite well-equipped to explore, but I wanted to push myself to think differently than I've learned to think in a poem. I wanted to see what an extended narrative arc might manage to help me unearth and articulate. 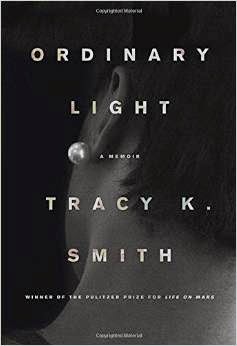 I didn't have a specific span of years in mind, but I knew that my mother's death was a huge central concern. But I composed without mapping things out. I wrote into the various memories that returned to me, trying to mine them for whatever they offered, and then I went forward intuitively from there.

Eventually, the discrete scenes or chapters began to speak to one another, and so the later drafts of the book were really about trying to foster a conversation between these different time-periods and the events that characterized them.

It was amazing to discover that there was, indeed, thematic unity to a life that, because it was lived day by day and from a place of deep subjectivity (in other words, because it was like every other life), felt random and highly non-linear. 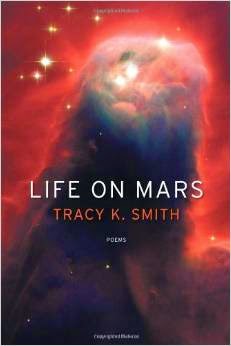 Q: Your mother is a major force throughout the book, and you write that near the end of her life, she had a vision that you would become a writer. What impact has she had on your life, both before and after her death?

A: Oh, well I'm sure in some ways it's too soon to tell. My mother shaped my view of so many things from the time I was a child. I had total access to her, and yet, because she was not me, she remained in many ways a mystery.

I think her sense of faith in God imparted a sense of belief and wonder and humility in me. I would even say that, like many blacks of her generation who came of age in the South before and during the Civil Rights Movement, she held firm to a belief that the larger arc of history is beholden to justice.

I believe that her sense of being accountable to something outside of the here and now, outside of one's own sense of the present and the private concerns that characterize it, has reached me in a fundamental way as well. 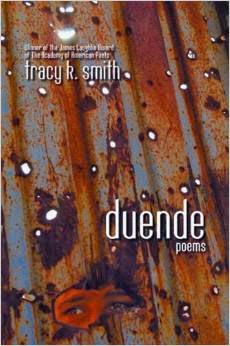 Q: Religion plays a big role in your memoir, as you describe your shifting attitudes as a young adult toward the type of Christianity that you grew up with. What are your feelings about religion today?

A: I might have resisted some of the precise terms of organized religion as my mother employed them, but I don't think I've ever been at odds with the idea that something large and real contains us. I'm comfortable claiming that and calling it God.

But I also like the many strange and unimaginable iterations of that thing, that force. I like how the inexhaustible unknowability of the universe stands, at least in my imagination, as an emblem of that large source.

Q: Do you prefer writing poetry or memoirs, and is your writing process similar? 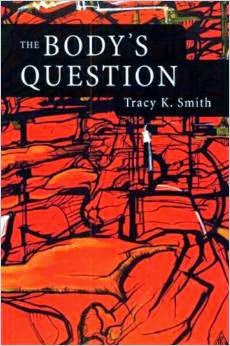 I think of genre as a minor distinction, a shift in tools, though the fundamental terms are mostly the same. Like a visual artist shifting from paint to engraving or sculpture.

A: I am writing a libretto for an opera about Robert Moses and Jane Jacobs and their conflicting visions of New York City in the 1950s and '60s. It is a collaboration with composer Judd Greenstein and director and video artist Joshua Frankel. I'm also translating the poems of contemporary Chinese poet Yi Lei into English.