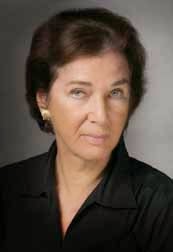 Susan Butler is the author of the new book Roosevelt and Stalin: Portrait of a Partnership. She also has written East to the Dawn and edited My Dear Mr. Stalin. She lives in Lake Wales, Florida.

Q: You write, “He needed Stalin, and, FDR expected, Stalin needed him as much or even more.” How would you characterize the relationship between Roosevelt and Stalin? Was it purely pragmatic?

Q: As you were researching the book, did anything especially surprise you?

A: The only thing that really surprised me was the great amount of material that research libraries are putting on the Internet. That made the work so much easier. 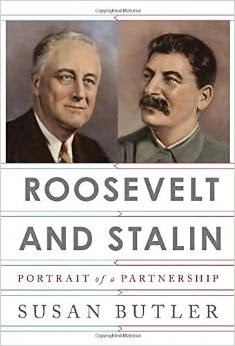 Q: How did you decide to write this book?

A: I had written the other book, My Dear Mr. Stalin, and [it was] so fascinating. I had information I couldn’t fit in the other book…I sort of fell into it.

Q: Between the time you wrote the two books, was there new material that came out?

A: I was taken into Stalin’s archives by my Russian researcher. She was translating. I could see which of the cables he was most involved with, which were in his hands. My Russian researcher pulled material out for me—some was new also.

Q: Did their discussions and interactions have a big impact on Roosevelt’s and Stalin’s respective decisions during World War II?

A: Oh yes, absolutely. They were both very good at sizing up character; if you’re a leader you have to be able to do that. 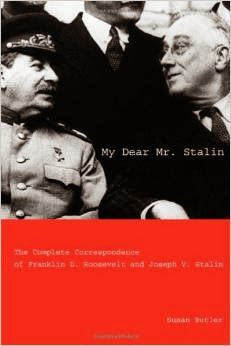 Q: What would you say was each of their main impression of the other?

A: Roosevelt’s was that Stalin was totally reliable as long as he believed [the given situation] was going to be to the benefit of his country. [Stalin] was very impressed with FDR from the time FDR took power. FDR always seemed to him to be an enlightened leader…

Q: What’s an example of how their interactions affected their decision-making?

A: Roosevelt influenced [Stalin] to forego the veto over the agenda in the Security Council, and that was a big deal. The League of Nations had thrown Russia out, and for Stalin it was a huge decision—he backtracked after Roosevelt died, but went back to it again. He got Roosevelt to agree that [Belarus] and Ukraine could be members of the U.N.

Q: You write, “Roosevelt was under no delusions about either leader [Stalin or Churchill]. With these two men he was going to create what he hoped was going to be a brave new world, at the center of which would be a powerful peace organization: the United Nations.” How important was the idea of the United Nations in shaping Roosevelt’s dealings with the other two leaders?

A: It was Roosevelt’s overriding concern—the creation of a world [body] that would keep the peace. It shaped his dealings with both of them… [in terms of actually running the war,] the generals could have run the war. 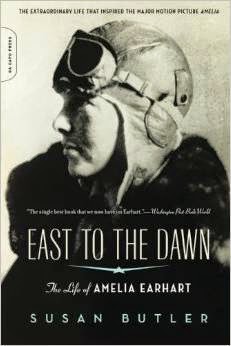 Q: I know the book is about Roosevelt and Stalin, but Churchill also plays a big role in the book. What did Roosevelt think of Churchill?

A: He liked him as a person. We are linked by history to England…but [FDR] was against colonial empires, and thought they were morally wrong and [that] one of the root causes of war [was] nations fighting to keep their colonial empires.

A: I haven’t decided. I spent 10 years on Roosevelt and Stalin, and it’s been very rewarding…There’s not another book there [for me].

A: Roosevelt thought that Stalin was reliable as long as his country was being well treated. Stalin was certainly motivated by wanting to stay in the good graces of the president of the most powerful country in the world—if he could trust the leader, and Roosevelt dealt with him fairly.

[Another issue in the book] is the shocking writing of The New York Times about [Secretary of War Henry] Stimson’s plan for including Russia into the brotherhood of the bomb….People say now that you can’t rely on the media—it was always dicey.