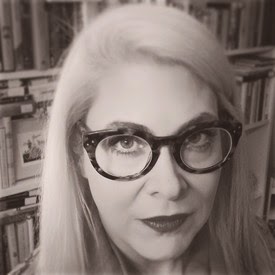 Cate McGowan is the author of the new story collection True Places Never Are. Her work has appeared in a variety of publications, including Glimmer Train and Moon City Review. She is based in Florida, where she teaches writing.

Q: Your website says you’re most interested in “what makes people feel and act.” How does that interest inform your short stories?

A: I’ve always been fascinated by how and what makes people tick! Being a writer is a bit like being a voyeur or an anthropologist. We share our observations and make sense of what we think so others may dissect those ideas.

My characters’ lives, their feelings and actions, drive my stories. I’ve always been more interested in literary fiction, in which the character(s), not the plot, create the narrative thrust. My protagonists’ actions are where my story lines germinate, and then it’s a matter of capturing conflict created by these characters. This conflict, in turn, makes for great tension and suspense.

Yes, I do think a plot is as important as any other element of fiction (and I work hard to make my plots interesting). However, I’m more interested in characters, points of view, and setting.

Q: The title of your story collection comes from Moby Dick. Why did you choose that, and what do you see as a “true place”?

A: I’ve always loved Moby Dick! The idea of searching for something that may not exist, a white whale, and then how that quest becomes an obsession—now, that’s a story! Melville’s tale appeals to me because he captures how human beings can be so focused, so single-minded sometimes.

I also love Melville’s melodious language. I’ve read that book so many times, parsing it, trying to determine how the narrator works.

So I chose the title from something Ishmael, the narrator, says: “It is not down in any map; true places never are.” As the title suggests, the stories in my book, True Places Never Are, are driven by setting, by place and time.

I grew up in Georgia, but I’ve lived so many places that sometimes the locales meld together in my memory. In keeping with the quote, the stories are all over the map!

I organized the book as if I was organizing a poetry collection, dividing it into sections. Part I has a Southern setting, and the stories take place in a rural and agrarian locus. The next section contains historical works that are a little surreal with a dose of magical realism thrown in. 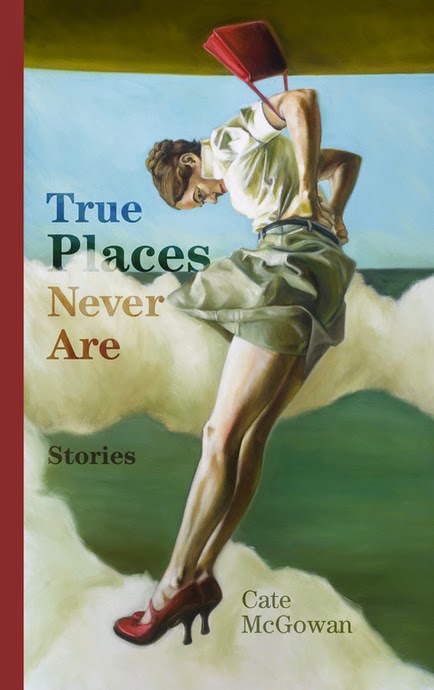 And Part III takes place in an urban environment; the city folk cope with loneliness while they are crammed into limited space with others—I’ve always found it intriguing how desolate one can feel in a crowd.

The milieus in these works exist only in my mind, so, for me, no place is really true. A location only exists in our objective experience of it. Anything and any place I experience are groomed and pruned and presented to me as truth. But this isn’t truth.

No, the truth is something we can never know; it is a fantasy, implausible. If I look in the mirror, I see a distortion of reality because I am the only person who witnesses myself as that reflection, still and focused. Others view my real state—my raging, my happiness, my gut poking out, my hair creased on my nape.

And so we read. We read to escape the world and an objective truth that doesn’t exist. And I think that fictional places, more than anything, provide that escape quickly if an author can provide us with a new world that takes us away from our mirror.

Q: Do you see common threads connecting your various characters?

A: All of my characters are flawed; some of those flaws are fatal, some are superficial, but these people don’t know or have only a slight inkling of what’s wrong with them. Most are oblivious to the consequences of their myopia until after they have acted out something that puts them in harm’s way.

I only recently realized that this common thread of my characters’ dissociation weaves through my work. In fact, I also discovered that most of my protagonists are seeking forgiveness and mercy—from themselves. When I gave a public reading a few weeks ago, all three of the tales I shared featured women who were trying their darnedest to overcome their shortcomings.

Of course, my own ineptitude with everything is something I grapple with in my life. Don’t most of us deal with crippling self-doubt at some point?

Q: Which writers have particularly influenced you?

A: So many authors are in my head! I could write a book listing the lines I’ve memorized. Let’s see, the ones that influence me every day are the ones who paint pictures that remain in my memory gallery. Their language is so lush I salivate when I roll their words across my brain’s palate.

A: Unfortunately, I took off a few years to focus on my academic career, so I feel I am so far behind! I teach six to eight composition and introductory humanities classes a semester. That’s with no grad assistants!

And that means mountains of preparation and grading. I’ve written most of the curricula and online learning materials for my courses, so that work is where all my time went during those missing years. The state-mandated textbooks just don’t cut it for me.

And so, over that dry period, I reservoired so many words and ideas. Now that I have tenure and job security, now that my courses are focused and secured, I’m spending more time composing my own work. In fact, I cannot turn off the spigot. And we’re not talking a steady, slow stream; it’s more like a full-force fire hydrant spewing forth.

First, I’ve returned to the novel I was writing about a con man Dadaist set in the late 19th to early 20th century (he appears in one of the stories in True Places Never Are, but I have fallen in love with him and want to live with him a little longer). That book stalled out for a while, but I’m back on track.

And I wish I could say I’ve jumped on the dystopian story bandwagon, but I’m still working through what I think the end-times might be like.

I’m also writing a poem or two a week, so I guess I’ll start sending those to literary magazines soon. And I continue to write my stories; I have another collection that’s almost complete (at least a first draft). Those pieces are in the same vein as the ones in True Places, but I really do think I’m heading more towards magical realism or surreal themes. Who knows?

As for more casual work, at the end of 2014, I started a blog—I’m limiting myself to two posts a week, but I’m having a blast with the essay form. I think my sense of humor and fun is emerging. I love the immediacy of blogging, how I can revise or delete the work after it’s published, how readers can give direct feedback.

I’m also considering working on some art criticism for a different blog (I majored in art history, and it’s one of my passions).

A: I’d like to say something to readers out there: Go outside your comfort zone. Choose a work that you may not otherwise read in a genre that is new to you. Use your library and take a chance.

And if you do love a book, purchase it from an independent bookseller. Read it again, and you will discover layers you did not encounter on the first pass. But please do consider buying from an indie bookstore! They are the lifeblood for authors like me who are publishing with smaller presses.
--Interview with Deborah Kalb
Posted by Deborah Kalb at 5:31 AM